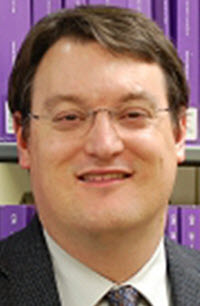 Affirmative action is now, as it has been since it began, a hot button issue in American politics. There is a pervading sense in the country that affirmative action is no longer necessary, that opportunities for minorities have become equalized or at least are not worth the 'cost' of depriving deserving individuals of jobs based on their demographic characteristics instead of their ability. The backlash against affirmative action, motivated by what many see as reverse discrimination against white males, is reflected in former President Clinton's call to 'mend it, but don't end it,' a sign of the accommodation necessary to preserve a frequently unpopular policy in the face of intense political pressure as manifested in a recent federal court decision in Texas as well as in California's university action and subsequent statewide referendum calling for the elimination of affirmative action in public universities to create what advocates of race-neutral policies consider to be a completely colorblind admissions process.

At the same time, minorities are still underrepresented in many jobs of power and influence. For example, 1995 statistics show that African Americans held only 2.5% of executive and management jobs in the private sector. Only 2.4% of corporate lawyers in 1996 were African American, with the percentage of African American partners even lower at just over 1%.

The racial and gender inequalities that exist in certain key careers demonstrate what is possibly a larger discrimination somewhere in the educational or occupational system. Proponents of affirmative action give one answer as to the source of racial and gender differences in employment figures, namely, that discrimination against minorities has perpetuated and reinforced prejudices, often unconscious, that prevent minorities from obtaining good educations and positions of power and authority. Opponents of affirmative action respond that while there may be a disparity between white male and minority achievement, establishing a legal system by classifying individuals differently violates fundamental principles of justice.

This Article will look at this debate by examining the relationship between affirmative action and law school enrollment. Affirmative action can be defined as either setting aside a definite number of spots in an incoming class for members of a particular minority group or groups or as using race to give members of racial minorities a 'boost' over relatively similarly-situated students in the majority. As will be seen, the latter is constitutional while the former is not. This Article will be agnostic in its treatment of the two alternatives, as the difference between the two is not greatly significant for purposes of this Article, though it is something that would need to be decided at some point. The difference between the two positions turns on the standard of review for determining the constitutionality of affirmative action programs. Increasingly, courts are imposing higher standards of review on affirmative action programs, even those that purport only to give minorities assistance in, and not guarantees of, admission. This will become clearer in this Article's later discussion of relevant case history. In practice, there may not be much difference between the two approaches, as any 'boost' can, in effect, become a guaranteed pass if given enough weight. This is an important debate, but not one this Article will touch.

This Article will view the relationship between affirmative action and law school admissions through the lens of The Bell Curve, a book suggesting that a genetic link probably exists between race and intelligence. In The Bell Curve, Charles Murray and Richard J. Herrnstein conduct a statistical analysis on a variety of aptitude tests and other measures of intelligence, concluding that blacks and whites do differ on standardized tests of cognitive ability, even when controlling for such factors as motivation and socioeconomic status. Indeed, much of the book is geared toward discounting environmental explanations of intelligence scores. The relevancy that The Bell Curve has to the affirmative action debate is in the ways that arguments for and against affirmative action must be altered when faced with divergent assumptions about genetic differences in human intelligence. The theoretical arguments derived from the thought experiment in viewing affirmative action in light of varying posited levels of intellectual ability are not important, because this Article expects people to be convinced that there are in fact genetic differences in intelligence. The author hopes, however, that no one believes there are such differences. Rather, engaging in the thought experiment of assuming The Bell Curve to be true allows one to understand not only the core principles of the arguments for and against affirmative action, but also any inconsistencies that may exist in these principles.

Clearly, a problem exists with regard to the number of African Americans and Hispanics, and possibly with regard to that of Asian Americans and Native Americans, admitted to law schools. The degree to which African Americans and Hispanics are underrepresented in American law schools is staggering, and affirmative action has been unable to completely eliminate this problem. Does this mean that affirmative action should be abandoned as a failure? No. The fact that disparities still exist does not mean that affirmative action has not created a better society than would exist without it. Can a race-neutral admissions policy achieve the goal of an integrated society? No. As John Payton says, 'People didn't suddenly stop discriminating after the passage of the [1964 Civil Rights Act].'

By playing them off of The Bell Curve, this Article has shown the flaws and inconsistencies in arguments against affirmative action. Proponents of affirmative action can suitably maintain their position against challenges by emphasizing societal goals of diversity and human dignity. These principles transcend different levels of educational attainment by members of different racial groups. Politically, this is a harder argument to sell than one based on easily understood objective measures of merit, but it is a battle worth fighting.