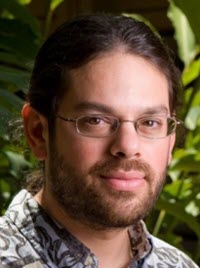 Judges and jurors may unintentionally and automatically “misremember” facts in racially biased ways during all facets of the legal decisionmaking process. In delegating both factfinding and decisionmaking authority to judges and juries, the American legal system makes a supposedly elementary but unsupported psychological assumption--that these individuals can cognitively process, evaluate, and weigh the facts that were presented during trial. The accuracy of this assumption has been challenged by behavioral law and economics scholars, who have demonstrated that cognitive biases affect the way people process information. Yet perhaps an even more vulnerable part of this psychological assumption is implicated by systematic biases in memory recall. Unlike most cognitive biases, which are assumed to operate independent of race, unintentionally biased memory failures by judges and jurors may propagate racial biases through the legal process itself. Despite this challenge to basic assumptions of legal decisionmaking, scholarship has not yet examined whether judicial factfinders and decisionmakers systematically “misremember” facts in racially biased ways. This Article undertakes such an examination and concludes that implicit memory biases taint the legal decisionmaking process.

Since the late 1980's, legal scholars have identified various ways in which unconscious or implicit racial biases influence the legal process. One significant methodology has involved examining the specific harms caused by implicit racial biases, such as the connection between implicit racial attitudes and acts of employment discrimination. Another methodology has involved evaluating the unintentional biasing implications of legislative and administrative efforts. As scientific research methods continue to improve in rigor, scholars continue to learn more about the implicit nature of racial biases and stereotypes and how the legal system frequently ignores them.

Shifting gears momentarily, I now return to The Confrontation, the story presented at the beginning of this Article (but please do not look back at the story just yet). Here is a brief memory quiz about the story. Do the following facts accurately describe a piece of The Confrontation story? (Answer yes or no to each question.) (1) Tyronne kicked James. (2) James pushed Tyronne. (3) Tyronne tried to push James in the chest, but missed and hit him in the face. Does the quiz seem easy? Well, it might (check the answers in the footnote below). But make the facts slightly more complicated (like a real case), and it might be harder to remember. And simply change Tyronne's race from African American to Caucasian (and his name to William) and some facts may actually be remembered differently. Not convinced? Read on, or perhaps skip ahead to the empirical study I conducted, which illustrates that these memory-driven implicit biases can occur in a systematic fashion.

The empirical study I conducted investigated whether implicit racial bias affects how mock jurors remember legal facts. I asked study participants to read the facts of legal stories (one is an expanded version of The Confrontation briefly distracted their attention, and then quizzed their memories of the facts. The actors' race served as the independent variable--people read about either William (a Caucasian), Kawika (a Hawaiian), or Tyronne (an African American). The results of the study demonstrate that the race of a civil plaintiff or a criminal defendant can act implicitly to cause people to misremember a case's facts in racially biased ways. For example, study participants who read about Tyronne were more likely to remember aggressive facts from The Confrontation than were study participants who read about William. The results also show that susceptibility to misremembering facts based on race cannot be attributed simply to more overtly racist people--those who were susceptible to racial misremembering sometimes embraced less explicitly racist attitudes.

This Article, including the empirical study I conducted, brings together theories and methods from both legal discourse on unconscious racism and psychology studies of implicit social cognition and memory processes.

It is structured as follows:

Part I begins by offering psychological evidence of implicit racial bias. It details studies in which people's implicit racial attitudes and stereotypes have been measured in novel, yet methodically rigorous ways. Then it looks at how legal commentators have incorporated this psychological knowledge into critiques of legal theory. It notes that little or no empirical work has been conducted to determine whether implicit racial bias may affect judge and juror memories of case facts.

Part II investigates the intricacies and errors of human memory processes and discusses the intimate connection between memory and legal decisionmaking. Based upon the research discussed in Parts I and II, I argue that implicit bias likely affects legal decisionmaking by altering judge and jury memories of case facts. Part III details the empirical study I conducted, which tested whether manipulating the race of actors in a legal scenario would affect how accurately people recalled the story's events. The study showed that for some facts, simply altering a legal actor's race caused participants to remember certain facts or generate false memories in racially biased ways.

Part IV begins by pointing out that implicit biases are not errors caused by scientific quirks, but are meaningful manifestations of social and cultural norms. Yet until a broader cultural solution to implicit biases emerges through time, learning, and change strategies, the legal decisionmaking process will continue to transmit racial biases implicitly. Thus, this Part addresses a debiasing model that can help moderate or even temporarily eliminate implicit memory biases. These solutions include (1) using debiasing techniques to block stereotypes and enhance memory, (2) striving for more counterstereotypic legal professionals and more diverse juries, and (3) implementing more widespread procedural changes such as juror note taking and question asking.

Although the legal decisionmaking implications are challenging enough, implicit memory biases have implications beyond the legal system. If they are as pervasive as the research tends to indicate, they may affect decisions both big and small--from committees deciding which applicant to admit or job seeker to hire (perhaps misremembering qualifications) to a donor deciding how much money to donate to a charity (perhaps misremembering reputation or past performance). Future research should thus be conducted not only within the legal setting. Only through these projects can legal scholars begin to fashion a sophisticated response to the harms caused. In the meantime, however, so long as implicit biases go unchecked in legal decisionmaking, it is hard to be confident that social justice is at hand.