Race in America 2021: A Time to Embrace Beauharnais V. Illinois? 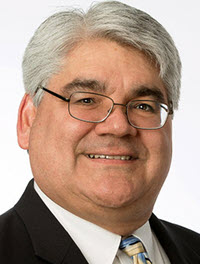 In 2020 and 2021, race fractured America and triggered violent insurrection at the United States Capitol. America saw the power of the “Big Lie” on January 6, 2021, when its constitutional republic nearly toppled under the weight of a murderous mob bent upon defying democracy and installing an autocrat unlimited by law. permeated the scene. The biggest lie driving the events of that dark day revolved around white supremacy. Law and society socially construct race, and it means nothing beyond that social reality. Instead it simply destroys human capital while fueling hate and division that now threaten the very existence of the United States. as a social reality can no longer survive in a truly diverse United States that soon will no longer harbor more whites than people of color. Law must weigh in powerfully against the big lie of race to preserve the United States. After the near-success of the attempted coup, the legal stakes cannot take on greater gravity. This Essay posits that the reinvigoration of group libel prohibitions can help unify the United States by eliminating a key element of racial formation.

America's founders recognized the compelling need to forge unity among the people of the new republic. George Washington spent much time and thought about ways to bind the new nation together--advocating for roads, canals, a national university, and a new capital city of splendid grandeur. Alexander Hamilton led a brilliant effort to forge a national economy and to facilitate commerce through a unified national credit, a national bank, and a federal policy of encouraging manufacturing. This encouraged investors to bind their fortunes to the stability of the new nation. Thomas Jefferson favored public education and a national military academy to promote social unity. He also greatly expanded the nation to spread the ideals of self-government and facilitate the growth of a population bound to such unifying ideals. Governing elites today must attend to unity again and heal the gaping wounds of race in America, beginning with prohibition of divisive hate speech--specifically through the recognition of group libel sanctions in accordance with Beauharnais v. Illinois.

The failure to disrupt the indefinite replication of our racial hierarchy entails manifold costs (beyond the manifest injustice and immorality) that governing elites (including the Supreme Court) either do not currently fully appreciate, or actively ignore. First, as our nation becomes more ethnically diverse, a greater proportion of our population axiomatically becomes ensnared in the racial hierarchy, and the destruction of human capital inherent in the operation of the hierarchy soars. Second, as injustice against a greater proportion of the population takes hold, social instability predictably ensues and social divisions increase. Third, the racial hierarchy and concomitant social instability invite foreign powers to exploit our festering racial divisions and to incite domestic discord to weaken our nation. In short, the Americanracial hierarchy now poses a direct and substantial threat to domestic tranquility and the common defense--and the law must respond to these threats to finally begin disrupting the legal propagation of white supremacy.

Today, America faces putative acts of war from Russia and other nations that attack us using a new generation of warfare involving cyber-attacks, disinformation, and the use of the Americanracial hierarchy to incite civil unrest and bloodshed. According to former National Security Advisor and Lt. General (ret.) H. R. McMaster, this Russian new-generation warfare (RNGW) focuses specifically on fomenting “racial division” within the United States by “amplifying white militia content” while at the same time “creating content for black audiences” highlighting mistreatment of AfricanAmericans. McMaster shared this assessment of RNGW and its focus on exploiting the U.S. racial hierarchy with essentially the entire U.S. intelligence community, the entire Senate Select Committee on Intelligence, as well as the Chairman of the Joint Chiefs of Staff, General Mark A. Milley, and former Secretary of Defense General James Mattis. These military and defense leaders all suggest an uncomfortable reality for our governing elites: America today faces the prospect of military defeat because our deficient legal system fails to disrupt the perpetuation of white supremacy and our festering racial hierarchy.

This Essay will contextualize Beauharnais v. Illinois through the lens of the compelling national security and domestic tranquility stakes that race presents today. It argues that law must finally take affirmative action to end the Americanracial hierarchy and to thereby further human development, secure domestic tranquility, and ultimately provide for the common defense. The expansion of Beauharnais provides a logical first step because at the root of all racial hierarchies lies group libel. Over the long term, this would stem the power of the social construction of race to destroy human capital and capabilities, and thereby secure the general welfare and national security. The social construct of race today threatens the national security of the United States more than ever and demands that lawmakers revise their understanding of how race operates to weaken the nation and leave us more vulnerable to attacks from adversaries seeking to foment domestic violence in the United States.

Part II will review the costs of the social construct of race in America, with a focus on national security, economics, the rule of law, and the continued viability of the United States as a constitutional republic. Part III will contextualize Beauharnais as an essential legal tool for addressing continued racial fabrication in view of such costs. Part IV will argue for an expansion of group libel under law and consistent with Beauharnais. The Essay concludes that affirmation and expansion of Beauharnais gives the Court and other policymakers an opportunity to commence unwinding their obvious and even shrill efforts to maintain white supremacy and accompanying racial oppression indefinitely in the United States. Otherwise, lawmakers-- including the Court--can continue to weaken the United States by ignoring the reality of our socially constructed racial hierarchy and facilitating the continuation of white supremacy.

Law in the United States today possesses the tools to preserve and promote our diverse and inclusive democratic republic. Yet thus far, our leadership in all branches and all levels of government lacks conviction and courage to vindicate the promise of America. More specifically, America for all its might seems incapable of ending white supremacy. In the legal academy many scholars wish Beauharnais would cease to exist, or at least suffer total repudiation in the Supreme Court. If we allow white supremacy to persist, all our core values will dissolve before an antidemocratic, murderous mob that would rather kill the Constitution than see the emergence of a diverse and inclusive democracy with forced power sharing with people of color and other marginalized communities. Logic, common law reasoning, and experience do not compel such an outcome.

Broadening group libel sanctions to the full extent of the law will materially impede further racial divisions and disrupt long-term reproduction of our racial hierarchy. Those peddling big lies for political gain necessarily act with actual malice. They patently incite and provoke bloodshed and murder, as the mounting corpses prove. The law must hold such malefactors to account. All the virtues of our republic are now clearly at stake.