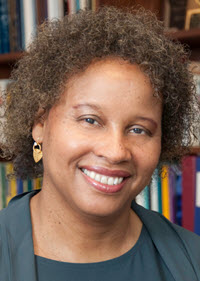 This essay explores how race has shaped American foreign policy and American perspectives regarding international law. While a number of scholars have analyzed African American perspectives regarding U.S. foreign policy, the goal here is different. My objective is to question how American views regarding race have affected policy decisions and lawmaking in the international arena. It is part of a broader project to inquire into intersections between international law and Critical Race Theory (CRT), a project in which a number of scholars are presently engaged. But before taking up this theme, I would like to engage a CRT tradition, a tradition which validates and celebrates narrative. In this spirit, I will begin with a brief chronicle that conveys why CRT has become important to me as a scholar of international law, and as a scholar of color.

My interest in the position of race in the international legal paradigm and in American foreign policy began with my legal education at New York University School of Law where my first formal research paper was a comparative law project that compared South African Apartheid laws and the Jim Crow legal regime which held sway in the United States for almost a century. This interest deepened and evolved during my first legal position, a first year summer internship with the National Lawyers Guild where I worked on Southern Africa issues, and then at a full time position as an attorney with the Lawyers' Committee for Civil Rights Under Law where I was privileged to continue my work in this arena under the brilliant guidance of Gay McDougall. To this then young African American, the lukewarm opposition of the international community to Apartheid in Southern Africa, and the outright hostility of the West to the demands for social and economic justice emanating from the Third World, seemed to be eerily reminiscent of the tepid response to the demands for social and economic justice being made by people of color in the United States. Although the international arena was new to me, this aspect somehow felt quite familiar.

As part of my graduate studies in the mid-eighties, I studied the international law of natural resources, where impassioned debates were raging regarding nationalization, expropriation and control over natural resources. There seemed to be something fundamentally wrong with a system where colonial powers could appropriate resources from colonial possessions at will, come back in a different guise in the post-colonial era and make contracts that were inherently inequitable, and then, according to international law, be entitled to compensation when the nations where those resources were located demanded control over them and a fair price for their exploitation. Although a majority of the world contended to the contrary, international law demanded prompt, adequate and effective compensation. Yet if customary international law is really the practice of states accompanied by opinio juris, I could not understand why customary international law was not transformed when the vast majority of states demanded that it be transformed. It seemed that despite sovereign equality, some states were more equal than others in determining the content of international law. Although the colonized may have been granted sovereignty, they were not deemed equal players in this particular contest. It was the assertion of power, pure and simple; and it was power exercised by Europe, by America, and by the West in general, against the colored world. The people of the Third World seemed either condemned to remain mired in poverty, as their wealth was controlled by the West, or they were destined to go bankrupt trying to buy it back. To this then young mind, the entire system manifested the subordination of people of color. It exemplified white supremacy.

I could not find the words to convey these impressions, however, for international law shrouded this debate in such concepts as permanent sovereignty over natural resources, pacta sunt servanda and the protection of aliens and their property. Colonialism and imperialism were omitted and by omission rendered irrelevant. The fundamental inequities that seemed to be endemic to the international system were difficult to articulate within the language and concepts afforded by international legal discourse, for this dialogue did not afford the language or the conceptual models within which my observations and outrage could be voiced. Or perhaps I should say voiced in a way that mattered, for this debate was structured in a way that insured defeat from the perspective of Third World people. I can still recall my profound frustration, and that of my classmates from African and Middle Eastern countries, as we tried to challenge a paradigm that robbed them of their wealth and then rendered them voiceless to challenge the theft.

But I began to find a voice, my voice, in Critical Race Theory. Race theory helped me frame a response to proposals to employ the UN trusteeship system to assist so called “failed states.” The Critical Race critique of race and racism in contemporary discourse helped explain how theories such as redeeming colonialism might surface in contemporary international legal discourse even as we thought colonialism, and the racial subordination that supported it, had perished forever. It helped explain the post-colonial discourse that has been partly responsible for the constitutional debacles in post-colonial Africa.

A symposium was held in October 1999 at Villanova University School of Law. There we examined how CRT might help us understand, analyze, and perhaps transform the international system, and how an international dimension might enrich the Critical Race critique of race and rights. It was a rich and enlightening conversation among brilliant scholars, and the present engaging symposium is continuing and expanding this important dialogue.

Indeed, determining the intersections between Critical Race Theory and international law is challenging, for CRT has been grounded in the American racial quagmire and it embodies and embraces race consciousness. International law and discourse, however, are currently framed in terms of formal equality; race consciousness seems to have been rejected. Although there is an International Covenant against Racial Discrimination, the only recent international legal precedent where the question of race was conspicuous and pivotal was the international battle against Apartheid in southern Africa, and even this movement was sometimes framed by policy makers and attorneys from varied perspectives in terms of anti-communism, domestic jurisdiction, sovereignty and violations of human rights.

That international legal theory rarely alludes to race, much less employs it as a basis of analysis, does not mean that race is absent or irrelevant. CRT may be used to deconstruct international legal discourse and reveal racial subordination where it is now camouflaged. The extent to which race is explicitly incorporated into the international legal discourse is unclear. But it is evident that the Third World, the South, the developing countries, the impoverished world, is largely the colored world, and efforts to bring about more than the formal equality accorded to states under international law have been met with profound hostility and resistance. Recall the response to the New International Economic Order, the Charter of Economic Rights and Duties of States, and more recently to the Right to Development. These resolutions put economic rights at the center of the international system and this notion has been largely rejected.

Indeed, since decolonization, the nations of the Third World have aspired to create legal obligations as instruments of economic justice, and to establish and maintain a more “just and equitable economic and social order.” Despite overwhelming Third World support for these legal concepts, they have been condemned to failure, and have met with overwhelming rejection by Western states, and especially the United States of America. Today the West, as embodied in states and many Non-Governmental Organizations, insists that human rights consist only of individual civil and political rights, while economic and social rights are challenged as being legitimate parts of the rights lexicon.

The question is whether it is only industrialization, technology, or economic wealth in the form of capital or an educated work force that separate the First, Second and Third Worlds; that is, whether these are the sole determinants of hierarchy, and thus the only contemporary mediums of subordination. Or is it possible that racial subordination also plays a part in this mosaic? Does the contemporary international system also encompass subordination of “the other”, who is different from self and perhaps not quite as deserving, and if so, how is that “other” constructed? CRT provides valuable insights into subordination and it has introduced and analyzed the concept of intersectionality, which may be highly relevant in dissecting this conundrum. That is, perhaps it is an evolving and unstable combination of technology, economic power, industrialization, as well as racial and cultural perceptions that shape the current global hierarchy. Because race is not the sole determinant of hierarchy does not mean the question of race should be dismissed. The West has consistently defined the terms of the debate and driven the international law-making process and its content, and racial subordination has been an integral part of the history of the West for the last 500 years. A cursory examination of history and consideration of the virulent brand of racism currently raging in Europe against immigrants should dispel doubts regarding this proposition. Race has undoubtedly propelled the culture, history, and law of the United States, and it has arguably played a part in shaping and driving U.S. foreign policy and American views of international law. It is to this topic that I would now like to turn.

Part II of this essay will briefly discuss various meanings of race and racism in the United States, as well as early international racial projects that reflect how the American global perspective shaped and was shaped by these racial meanings.

Finally, Part IV will consider how current foreign policies and objectives have been carried out in a world of increasingly complex, contested, and submerged racial meanings.

I am contending that certain racial perceptions are part of the American context and subtext; they are simply a part of us and who we are. It is part of our identity, and it is our ideology. We all come to our respective public roles with ourselves, and we are shaped by culture, environment, history, and particular social milieus. Race is the predominant American paradigm, one that is at the center of our existence as a people whether it is conscious or unconscious, whether it is acknowledged or unacknowledged. We see race when we see others. And we see it in a particular context because we live, work and exist in America, with its particular racial history and framework. Race is visible and it has meaning. The content of that meaning, and what we choose to do with what we see is another matter, but we all notice race and take it into account. I believe the racial ideology of America is reflected in our foreign policy and in how we view the international legal system, even if it is no longer overt or consciously acknowledged. Race shapes our perceptions, our reactions, our recommendations, and our solutions. It helps determine who is expendable, what is important and whether we act or falter. We must name and understand this construct if we are to transform it and if we are to define and bring about some measure of social and economic justice.