Made in the USA: Race, Trade, and Prison Labor 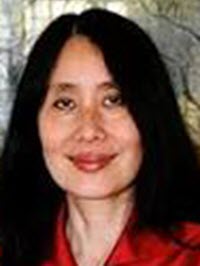 In “Orange is the New Black,” a popular web television series set in a women's prison, the incarcerated women are put to work sewing underwear for a lingerie company for $1 an hour after the prison is taken over by a private company set on increasing profits. The women are later shocked to discover the lingerie they sewed is listed in the company's catalog as selling for $90--a jarring difference between price and wages. While this depiction is from a fictional television episode, it has its foundation in reality and portrays a commonplace partnership between public and private prison systems and the private sector. For example, in the early 90's, Third Generation, a garment manufacturer, contracted with South Carolina Correctional Industries for sewing work, generating $1.5 million worth of product that was later bought by Victoria secret and other retail companies. In more recent years, prison labor has produced a wide range of products for large retailers like Starbucks and Whole Foods, and are increasingly used in the service industry to staff call center positions.

Justified on redemptive and rehabilitative grounds, prison industries are thriving in the United States. However, prison labor for little or no pay to produce goods and services for the government or private entities is not a new phenomenon and has grown with the prison population. The United States has the world's highest incarceration rate, incarcerating individuals at “globally unprecedented rates” since the 1970's, and which, in recent years, is estimated at five times greater than most other countries. It has thereby amassed a large captive workforce of men and women that can be put to work for little or no pay. Although accounting for 5% of the world's population, the United States accounts for 25% of the world's total prison population. To put these numbers in perspective: the U.S. has locked up more people than China, which has five times the population, and thirty-two U.S. states incarcerate at a rate higher than Turkmenistan, the country with the second highest incarceration rate, and ironically, a country the U.S. State Department criticized for its authoritarian government and human rights abuses. Typically, countries with high incarceration rates have suffered from large-scale internal upheaval or political instability--a pattern that does not apply to the United States.

The United States incarceration rate can be partly attributed to a number of laws and policies that have been discriminatorily applied. Indeed, the scale of incarceration in the United States is made more troubling by the over-representation of persons of color in the prison system, raising serious concerns about systemic racial bias in laws and incarceration practices. According to data from the Bureau of Justice Statistics, 35% of state prisoners are white while 59% are Black or Hispanic; in comparison, 62% of the overall national population is white and 30% are Black or Hispanic. In many states, African-Americans are five times more likely to be incarcerated than white people, with the rate rising to ten times in five states, and the rate of incarceration for Hispanics is 1.4 times that of white people. In twelve states, more than 50% of the prison population is African American. As federal and state prison populations have grown, so have prison industries that rely on penal labor for private sector profit, labor overwhelmingly performed by minorities.

Moral hazards abound when profit and punishment go hand in hand. The failures of the prison system, intertwined as they are with the disturbing history of race and incarceration, are masked in layers of euphemism. The use of penal labor, at low or even no wages, to produce goods and services for private profit, is often defended by the claim that the work provides moral, psychological, and economic benefits to people in prison and to communities. Working in prisons is assumed to cure idleness, teach specific skills, and provide the incarcerated person with a work ethic. The experience of working is considered a redemptive end in itself, regardless of the working conditions or whether they are paid a fair wage.

In addition to rehabilitation and preparation for life after prison, bringing jobs back to the United States from overseas provides a further justification for the exploitation of prison labor and the proliferation of prison industries. In an Orwellian move, the prison industry in the United States has hitched itself to the populist wave that has reinvigorated economic nationalism. Public sentiment against outsourcing has offered prison labor programs unique opportunities for expansion under the rubric of providing a competitive alternative to low-cost foreign workers. Since the loss of American jobs is typically blamed on the use of low-wage workers in poor countries, many companies have responded to calls to stop the outsourcing of American jobs by contracting with U.S. prisons to hire prisoners. In so doing, companies keep production costs low, access a range of tax benefits, and promote their products as “Made in the USA”--the contention being that “Made in the USA” also covers goods produced by the U.S. prison population.

Recasting prison industries as the patriotic return of American manufacturing jobs from overseas may be one of the most troubling euphemisms deployed by proponents of prison labor. Utilizing incarcerated people that work for low or no pay, instead of low-wage foreign workers that labor in unsafe working conditions, is a cynical channeling of the rising awareness of the domestic American worker's plight in the age of globalization. Some who approach this issue, less from an overtly protectionist stance and more from a workers' rights standpoint, also believe that repatriating jobs back to the United States means less exploitation of low-wage workers in poor countries. In some ways, the “Made in America” label serves as a proxy for an implicit guarantee of product quality and compliance with basic environmental and labor standards--such as the payment of federally mandated minimum wages and compliance with workplace safety regulations--but which are purportedly lowered when production is outsourced to developing countries. None of these assumptions hold true when prison labor substitutes for freeworld jobs. Many of the rosy assumptions about products labelled “Made in the USA” disappear when that actually means “Made in U.S. Prisons,” but most consumers do not see the label and connect it to penal labor.

Yet, despite these criticisms, U.S. prison industries operate similar enterprises. The specter of systemic racial bias evident in the racial disparity in U.S. incarceration rates, combined with the requirement that all prisoners work, render U.S. prison labor programs morally suspect in ways not so remote from China's use of political dissidents in reeducation camps. The comparison with China can be extended further to the practice of exporting products made with prison labor. In the United States, prison-made products and services are increasingly sold not only to state agencies, but also on the open market and then exported abroad. Inmates in Florida have made products that are sold to countries such as Trinidad, Nicaragua, and the Dominican Republic. While U.S. laws ban imports of prison labor goods, there is no parallel statutory provision prohibiting U.S. exports of prison labor goods manufactured in the United States.

As this Article will demonstrate, forced prison labor in the United States brings up a convergence of disquieting and difficult conceptual and legal issues.

Part II of this Article provides historical background, focusing on the racial dimensions at the root of state and private exploitation of prison labor, and demonstrating that race and incarceration in the United States cannot be separated.

Part III provides a general overview of the prison labor industrial complex and examines the relationship between big business and prison labor in state and federal systems.

Part IV explores the structural complexity intrinsic in prison labor as it does not fit neatly into the conventional categories of market or non-market work, creating conceptual difficulties in both analysis and proposed solutions.

Part V examines the wildly inconsistent case law that addresses the application of the Fair Labor Standards Act (“FLSA”), arguing that the profit-making, economic character of prison work makes it a market activity that entitles prison workers to the minimum wage mandate of the FLSA.

Finally, this Article also makes recommendations designed to reconceptualize how prison and prison industries should be understood. My recommendations rest on the basic but transformative premise that employment of incarcerated people should be no different from employment of free workers. Legally recognizing prison workers' right to the minimum wage will accomplish a significant immediate change and will bring prison labor into heightened scrutiny, enabling a national conversation for broader reform.

Although cloaked in the rhetoric of rehabilitation and restorative justice, prison industries have an ugly and disturbing history that is entwined with slavery and post-Civil War Reconstruction-era judicial policies. The continued racial disparities in the U.S. prison system require a sustained analytical spotlight on the intersections of race, work, and incarceration. The use of prison labor has sharply increased in recent years, and has been cynically leveraged by anti-trade nationalists who have pushed for its expanded use as a means of reversing the outsourcing of manufacturing and production.

Despite the economic impacts of prison industries, the employment status of incarcerated people engaged in these industries is regarded as ambiguous because the work is necessarily done within the prison system. However, people in prison used as a workforce for prison industries should not be denied classification as employees solely due to the penal setting of the work. Regardless of this setting, incarcerated people perform the duties that free workers in equivalent jobs might. Additionally, incarcerated people do so without the protections and benefits to which free workers are entitled. Paying those who work in prison industries subminimum wages and depriving them of the benefits and protections of employee status relegates them to the status of a shadow workforce that is ripe for exploitation, the U.S. equivalent of third-world workers. The conventional justifications for prison labor--punishment and rehabilitation--are unsatisfactory explanations for the state of affairs. The mere fact that work may prove rehabilitative for some does not mean that work should be considered its own reward, regardless of pay.

Although inmate labor straddles nonmarket and market work, the market component is significant enough to justify a requirement that incarcerated workers be paid the minimum wage. It is true that prison labor, similar to household work, does not occur in an open labor market. However, the involuntary characteristic of their labor should not be a bar to wage protection.

Importantly, minimum wages would also allow prisoners to accrue a financial nest egg that would offer them a cushion when they are released, facilitating reentry into the post-prison world. Indeed, as a number economists have suggested, “paying inmates at least minimum wage would have a positive effect on the national economy, by creating more spending power and reducing recidivism.” Additionally, since the rhetoric of rehabilitation will ring less hollow, the payment of minimum wage could even be used to market prison-made products to consumers leery of supporting an exploitative system.

Courts have produced inconsistent and unsatisfactory decisions on whether inmate workers should be considered employees. While caselaw is an unreliable guide to legal status of the work incarcerated people perform, the reality of their labor shows that the work itself is economic activity with implications for the national economy, even as the status of the workers remains trapped in ambiguity. People in prison work in the blurred boundaries between nonmarket work done for rehabilitation and economic activity indistinguishable from the experience of free workers in similar jobs. The overlap of a nonmarket relationship with a market relationship should not be allowed to negate the latter. Inmate labor, similar to work done by free workers, can be simultaneously rehabilitative and economic employment. When products of incarcerated labor are labeled “Made in USA,” the laborer him/herself should be afforded the worker protections such a label implies.