Racism and Presidential Elections 1964 through 2004: A Short History 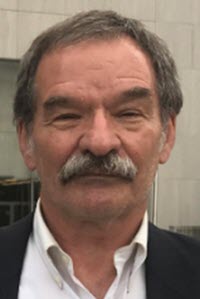 (The brief overview below is largely drawn from two books, "The Great Wells of Democracy," by Manning Marable, and "Nixon's Piano: Presidents and Racial Politics from Washington to Clinton," by Kenneth O'Reilly. This is a modified version of a presentation I made at a January 31st meeting in Atlanta, Ga. which developed plans for a 2004 Racism Watch.)

Racism within U.S. institutions, law and culture is deeply imbedded in the history and reality of the United States going back to the 17th century, but in the 20th century, the deliberate and overt use of racially-coded language and positions in Presidential campaigns was begun in 1968 by the Richard Nixon campaign. Even Barry Goldwater, conservative Republican that he was, made an agreement in 1964 with Lyndon Johnson to keep race out of the Presidential contest between them.

"'If we attacked each other,' Goldwater explained, 'the country would be divided into different camps and we could witness bloodshed.' Sensitive to the charge hurled 'again and again. . . that I was a racist,' he stuck to his word even in the campaign's last desperate days when fringe advisor F. Clifton White produced a documentary film intended to exacerbate white fears of black urban violence. Goldwater condemned the film and ordered it suppressed." (O' Reilly, p. 251)

But by 1968, with the dramatic spread of the black freedom movement all over the country and uprisings in the cities, and with the emergence of George Wallace running a racist third party American Independent Party campaign, the Nixon crowd made a very conscious decision to completely abandon the Republican Party's anti-slavery roots. (Abraham Lincoln won the Presidency in 1860 in a three way race as the candidate of the newly-formed, somewhat-anti-slavery Republican Party.) In the words of Manning Marable, "(Dwight D.) Eisenhower had received the support of 39 percent of the African-American electorate in his 1956 successful reelection campaign, and at the time the Republican Party had a strong liberal wing that was pressuring the White House to take bolder steps on racial policy." (p. 118) Twelve years later, that historical legacy was deliberately jettisoned and, instead, "law and order," getting "welfare bums" off welfare and opposition to busing became the major issues for Nixon, Vice-Presidential candidate Spiro Agnew and their ilk. "'You can forget about the Vietnam war as an issue,' an NBC pollster told a White House aide [to Lyndon Johnson]. 'Race is the dominant issue without any question. '" (O'Reilly, p. 274)

Nixon barely squeaked through with 43.4% of the popular vote in 1968, but by 1972 the "remarkable racial realignment within the national Democratic Party [via the influx of African American voters] unfortunately created the context for the ideological and organizational transformation of the Republican Party as well. The stage for the triumph of racial conservatism in the Republican Party was set by Nixon, who successfully put together a center-right coalition, the so-called 'Silent Majority,' winning a little more than 60% of the popular vote against liberal Democratic presidential candidate George McGovern in 1972. The Watergate scandal slowed, but did not stop, the acceleration of the Republicans to the Far Right, especially on issues of race. The former Dixiecrats [of the Democratic Party] and supporters of George Wallace gravitated to the Republican Party and within a decade began to assume leadership positions in Congress." (Marable, p. 72)

The 1972 landslide victory of Nixon affected the Democrats. In 1976, Jimmy Carter, southern evangelical Christian, won the Presidential race over Gerald Ford. While more liberal than Ford, "Carter also sent mixed messages during the 1976 push for the White House. The most controversial were his remarks about busing and use of the phrase 'ethnic purity' to describe white-ethnic enclaves and neighborhood schools. . . Follow-up questions . . . led to additional warnings from the candidate about 'alien groups' and 'black intrusion.' 'Interjecting into [a community] a member of another race' or 'a diametrically opposite kind of family' or a 'different kind of person' threatened what Carter called the admirable value of 'ethnic purity." (O'Reilly, p. 339)