Of Prosecutors and Prejudice (Or “Do Prosecutors Have an Ethical Obligation Not to Say Racist Stuff on Social Media?”)

Excerpted From: Alex B. Long, Of Prosecutors and Prejudice (Or “Do Prosecutors Have an Ethical Obligation Not to Say Racist Stuff on Social Media?”), 55 U.C. Davis Law Review 1717 (February, 2022 (287 Footnotes) (Full Document) 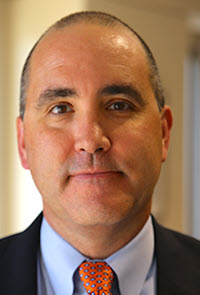 The past few years have seen numerous news stories about lawyers posting racially inflammatory content on their social media accounts. While the phenomenon of lawyers posting online content manifesting racial and other forms of bias is certainly not limited to prosecutors, most of the media coverage has focused on prosecutors who have engaged in this type of conduct. In 2016, a Florida prosecutor was fired after, among other things, referring to downtown Orlando as “a melting pot of 3rd world miscreants and ghetto thugs” on his Facebook page after a mass shooting. In 2018, the lead prosecutor in the San Bernardino County District Attorney's Office gang unit was fired after referring to Representative Maxine Water on social media as a “bitch” and a “loud mouthed c ––– in the ghetto [who] you think would have been shot by now.”

The murder of George Floyd and subsequent protests during the summer of 2020 resulted in several prosecutors losing their jobs or otherwise facing public criticism for making inflammatory statements online. In September 2020, a state assistant attorney in the criminal prosecution division in Texas was fired for social media posts that, among other things, referred to Black Lives Matter protesters as “terrorists,” referred to Islam as a “virus,” and stated that “'trans people’ are an abomination.” Another Texas prosecutor resigned after facing criticism for a Facebook post that seemed to analogize Black Lives Matter protesters to Nazis.

There have also been several incidents in recent years in which prosecutors have commented on matters of public concern on social media in a way that is not overtly racist but nonetheless raises legitimate concerns over the prosecutors' integrity and appreciation of the special role that prosecutors play. For example, in 2015 an assistant prosecutor resigned after posting the message on Facebook following protests in Detroit concerning the Freddie Gray killing: “So I am watching the news in Baltimore and see large swarms of people throwing bricks etc at police who are fleeing from their assaults ... 15 in hospital already. Solution. Simple. Shoot em. Period. End of discussion. I don't care what causes the protesters to turn violent.”

These incidents are troubling in isolation. But they are also troubling insofar as they implicate broader concerns about how personal bias may impact, or be perceived as impacting, a prosecutor's professional conduct. Bias may influence a prosecutor's actions at multiple points in the criminal process, ranging from the decision to charge a suspect, to the decision as to the crime charged, to jury selection, and ultimately to trial. As an example, a Tennessee prosecutor generated headlines when he announced in a speech that he does not prosecute domestic violence claims involving same-sex couples because he does not recognize the validity of same-sex marriage.

Concerns over the extent to which prosecutors bring their personal biases into the courtroom have contributed to doubts as to the overall fairness of the criminal justice system, particularly as applied to people of color. One of the more shocking examples of how prosecutor bias may impact the criminal justice system occurred in September 2020 in the case of Francis Choy, an Asian-American woman previously convicted of murder. Choy's 17-year-old conviction was overturned, in part, due to the revelation that prosecutors had exchanged emails containing “jokes about Asian stereotypes and mocking caricatures of Asians using imperfect English.”

In most of the situations mentioned above, the prosecutors lost their jobs, thus providing at least some minor measure of reassurance that their superiors recognized the damage that such speech may have on the overall perception of the impartiality of prosecutors and the fairness of the criminal justice system. But while the news accounts of these incidents described the statements at issue, the resulting public controversies, and the ensuing adverse employment actions, rarely is there any mention of any violation of the rules of professional conduct governing lawyers. Nor is there usually any suggestion that the prosecutors in question might be subject to professional discipline, up to and including disbarment.

That's because, as this Article discusses, there is probably nothing “unethical” about the conduct of the prosecutors in these cases as the law exists in most jurisdictions. In many states, a prosecutor (or any lawyer) who engages in harassment or discrimination on the basis of race, sex, or other characteristics while in the course of representing a client or while engaged in the practice of law may be subject to professional discipline. But no rule of professional conduct speaks directly to the situation in which a prosecutor engages in such conduct in a private capacity unrelated to the practice of law. And, as discussed in this Article, in most jurisdictions, it is unlikely that any existing rule could be extended to reach this type of conduct.

Had the prosecutors mentioned above been judges rather than prosecutors, they would have been subject to professional discipline, including possible removal from the bench. The ABA Model Code of Judicial Conduct (“CJC”) requires that a judge refrain from “activities that would appear to a reasonable person to undermine the judge's ... integrity or impartiality.” State judges have faced professional discipline for violating this rule and similar rules for engaging in speech or conduct manifesting bias on the basis of race, sex, or other characteristics while off the bench and in their personal capacities. But as this Article discusses, it is unlikely that a prosecutor who engages in racist, homophobic, or similar conduct or speech in an extra-prosecutorial capacity would be subject to discipline, even if the conduct raises reasonable concerns about the prosecutor's integrity and capacity to perform the functions of a prosecutor.

Simply stated, this Article argues that this is a mistake. More specifically, the Article argues that, given the special role that prosecutors occupy and the need to ensure the public that has faith that the criminal justice system operates free from bias, the same rule that requires judges to avoid extra-judicial activities that raise reasonable concerns regarding the judge's impartiality, integrity, and independence should apply in the case of prosecutors. While the primary focus of this Article is on online speech, this proposed rule would apply to extra-prosecutorial speech and conduct more generally.

Part I of this Article discusses the special role that prosecutors play in the criminal justice system and how their conduct may shape public perception of the system. Part II surveys the rules of professional conduct that might conceivably apply in the case of a prosecutor who engages in extra-prosecutorial conduct that displays bias on the basis of race, sex, and related characteristics or that otherwise raises concerns about the prosecutor's fitness for office. Part III examines the disqualification standards that apply to prosecutors and notes the limited ability these standards have to address extra-prosecutorial speech manifesting bias and similar forms of speech. Part IV explores the rules outlined in the CJC that apply to a judge's extra-judicial activities that raise concerns over bias on the basis of race, sex, and other characteristics. Finally, Part V identifies the pros and cons of borrowing portions of the CJC for use in the regulation of prosecutors and argues that the same standard that applies to a judge's extra-judicial activities that raise a question about a judge's impartiality and integrity should apply to prosecutors.

This Article has devoted considerable time to anticipating objections to the adoption of a new rule of conduct addressing extra-prosecutorial speech and conduct that manifests bias on the basis of race and other characteristics. The CJC provides some examples of possible approaches that might be tailored in order to withstand a First Amendment challenge. But ultimately, the failure of the legal profession to adopt such an approach may cause an increased lack of faith in the criminal justice system.

One final example from the judicial realm provides an illustration of the need for such a rule. Mississippi Commission on Judicial Performance v. Wilkerson is a 2004 decision from Mississippi. In Wilkerson, Mississippi's judicial conduct commission concluded that a justice of the peace had violated the state's rule of judicial conduct prohibiting a judge from engaging in extra-judicial conduct that casts reasonable doubt on the judge's ability to act impartially as a judge. The commission reached this conclusion after the justice of the peace wrote a letter to the editor of a local paper complaining about the fact that some states had permitted same-sex partners to sue in a capacity traditionally only afforded to spouses. Specifically, the justice of the peace wrote, “[i]n my opinion, gays and lesbians should be put in some type of mental institute instead of having a law like this passed for them ....” The Mississippi Supreme Court held that while the state had a compelling interest in preserving the impartiality of the judiciary, it did not have a compelling interest in preserving the appearance of impartiality. In reaching this decision, the court referenced “an old Malayan proverb which states: 'Don't think there are no crocodiles because the water is calm.”’ According to the court, the state should be preserving the impartiality of the bench by helping “citizens to spot the crocodiles” by letting biased judges speak rather than creating the appearance that there are no crocodiles.