“How Much Time Am I Looking At?”: Plea Bargains, Harsh Punishments, and Low Trial Rates in Southwest Border Districts 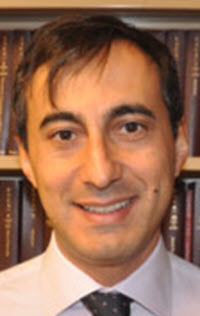 The federal criminal justice system is one of plea-bargains, not trials. When I transitioned from the Pima County Public Defender to the Federal Defender's Office, in Tucson, Arizona, many experienced lawyers told me I would not be in trial often, maybe once a year. They were right. In Pima County, I was in trial at least three to four times a year. I have been in the federal system, as of the writing of this article, for six and a half years. I have represented two clients at jury trial, despite having a full load of felony cases. As a county public defender, I took thirty felony cases to trial over ten years. In my current office, I know lawyers who have spent eight years or more without taking a case to trial.

The lack of jury trials in federal court is problematic and a result of harsh trial penalties. These punishments lead criminal defendants to accept plea agreements in lieu of exercising their constitutional right to trial--the hallmark of the American system of justice. As plea rates increase, trials become rare; innocent people plead guilty; lawyers lose practice or never get trial experience; fewer juries decide cases; and appellate courts have reduced opportunities to supervise the work of trial courts.

This has not always been the case. Trials used to be the norm, not the exception. The early twentieth century saw growing criminal filings, both federally and among states. This increased pressure to avoid trial backlogs. People frowned on plea bargaining, but prosecutors in many cities offered them at the behest of state officials. There was also overcriminalization and increasing complexity in trials, expanding their length. To save time and resources, plea agreements gained importance. Despite these developments, the Supreme Court did not sanction plea bargains until 1970 in Brady v. United States. By then, however, plea agreements were already the norm. Harsh trial penalties made this possible but not without serious costs to justice, especially among busy southwest border districts, where trial rates are even lower than the tiny national average.

Although scholars have produced a vast literature regarding the trial penalty problem, they have largely ignored topics germane to the U.S.-Mexico border, the area with most federal criminal prosecutions, where trial penalties leave a large imprint. Researchers have also failed to explain the role of cognitive biases at sentencing in accounting for disparities in trial penalties.

To fill this knowledge gap, this Article examines the way trial penalties helped create fast-track programs, affected drug courier and illegal entry prosecutions, and, with implicit bias, helped generate sentencing differences for racial minorities. The Article also supplies strategies for trial lawyers to help mitigate increasingly long sentences. Its thesis is that fast-track programs, and the way illegal entry and drug courier prosecutions function today, would not have been possible without the plea-bargaining machine, a result of harsh trial penalties. As one fed the other, trial penalties and plea bargaining helped exploit stigmatization of outsiders like Latinx people, Black, and indigenous populations.

The Article continues as follows. Part I summarizes scholarship on trial penalties, focusing on its severity, its effect increasing prosecutorial power, and related public policy recommendations. Part II surveys plea bargaining's history--marked by declining trial rates and rising caseloads. This Part includes a section on why plea bargaining became a dominant force and paved the way for fast-track programs such as illegal entry and drug courier prosecutions along the southwest border. Part III focuses on how trial penalties influence the two most frequent charges in federal criminal courts: drug trafficking and illegal entry. Despite similarities between the two (both involve financial motives and people with low levels of criminal threat) their respective trial penalties are opposite (drug trafficking has more severe penalties).

The reality of federal criminal practice in busy southwest border districts consists of low trial rates, harsh trial penalties, and the plea-bargaining machine. Fast-track programs control illegal entry and drug courier prosecutions. Prosecutors implemented them as the government militarized the U.S.-Mexico border. Many more Latinx people and others along the perimeter now find themselves in criminal court for entering the country without papers or in prison for lengthy sentences if charged as drug couriers for the first time.

Abysmally low trial rates pose difficulties for everyone in the criminal justice system, not just along the border. Clients in pretrial detention seldom meet other defendants going to trial or who went to trial because of plea bargaining's hegemony. Steep trial sentences lead to clients pleading guilty to charges they may be innocent of or that prosecutors cannot prove beyond a reasonable doubt. Black and Latinx defendants, already affected by overcharging and overzealous policing, are punished more severely compared to similarly situated white people. Young lawyers in public defender offices cannot get adequate trial experience to advise clients about the viability of a defense. Federal judges and prosecutors may benefit from less work because of low trial rates, but they also endure the injustices of the vanishing trial: judicial credibility lowers in public opinion and prosecutors' trial skills decline.

Legal scholars have responded with policy changes: curtailing or abolishing mandatory minimum sentencing laws, imposing trial sentencing ceilings, requiring prosecutors to provide adequate reasons for filing supervening indictments or sentencing enhancements when outcomes deviate from standard ranges, and changing management practices in prosecutors' offices. Only a combination of changes can make a dent in an endemic problem decades in the making.

Trial lawyers all over the country must continue to accept the reality of today's practice and try as best as they can to advise clients to mostly accept plea agreements instead of exercising their right to trial by jury. They then must persuade trial judges to impose the fairest punishment through storytelling, favorable sentencing letters and educating them about implicit bias. The present study aims to begin a conversation of to how understand today's practice in the southwest, with an eye towards improving the future.