Prosecutors, Ethics, and the Pursuit of Racial Justice 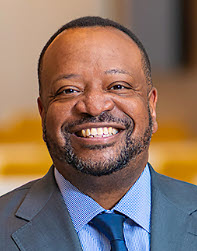 The 2020 murder of George Floyd catalyzed a national reckoning on race, and scrutiny of barriers to racial justice, rightfully focused on policing. However, as this Symposium has demonstrated, it is also critical to interrogate the prosecutorial function, given the outsize role prosecutors play in the criminal legal system. Scholars and advocates have utilized a number of frames to explore a key topic of this symposium--the intersection between prosecutorial discretion, prosecutorial ethics, and racial inequity.

Although the renewed interest in the prosecutor's role in the pursuit of racial justice raises many new questions and opportunities, the scaffolding for such work already exists in many of the current ethical rules and standards governing the prosecution function. This brief essay, based on my remarks at the Symposium, explores some of the ways in which the ethical guidance provides a justification for--and in some instances even compels--the active pursuit of racial justice by prosecutors.

There are a number of frames for exploring the intersection of the prosecutorial role and the pursuit of racial justice. They can be clustered into three broad themes: (1) prosecutorial discretion and decision-making; (2) selection, identity, and demographics of prosecutors; and (3) broader systemic impact of prosecutors. Importantly, many of these frames map onto existing ethical rules and standards.

The American Bar Association Model Rules of Professional Conduct contain a number of relevant provisions. As noted in the Preamble to the Model Rules, a prosecutor, like any lawyer, is both “an officer of the legal system and a public citizen having special responsibility for the quality of justice.” The Preamble elaborates on this special responsibility on the part of all lawyers:

As a public citizen, a lawyer should seek improvement of the law, access to the legal system, the administration of justice and the quality of service rendered by the legal profession. As a member of a learned profession, a lawyer should cultivate knowledge of the law beyond its use for clients, employ that knowledge in reform of the law and work to strengthen legal education. In addition, a lawyer should further the public's understanding of and confidence in the rule of law and the justice system because legal institutions in a constitutional democracy depend on popular participation and support to maintain their authority. A lawyer should be mindful of deficiencies in the administration of justice and of the fact that the poor, and sometimes persons who are not poor, cannot afford adequate legal assistance. Therefore, all lawyers should devote professional time and resources and use civic influence to ensure equal access to our system of justice for all those who because of economic or social barriers cannot afford or secure adequate legal counsel. A lawyer should aid the legal profession in pursuing these objectives and should help the bar regulate itself in the public interest.

As it relates specifically to prosecutors, the Model Rules make clear that “[a] prosecutor has the responsibility of a minister of justice and not simply that of an advocate.” While this responsibility certainly relates to instrumental matters that help to advance racial justice, including due process and the avoidance and rectification of wrongful convictions, it also implicates broader responsibilities referenced in the Preamble.

The above discussion only scratches the surface with regard to many ways in which prosecutors can advance racial justice. For example, prosecutors could utilize their often expansive power to investigate corruption, cover-ups of misconduct, or the proliferation of racial animus within law enforcement agencies. Prosecutors can also deploy their investigative authority to address racial justice issues beyond prosecuting and policing, including scrutinizing and illuminating the potential influence of private prison industries on legislators and judges, and investigating conditions of confinement within prisons and jails where marginalized groups are overrepresented. In short, prosecutors have a central role to play not only in criminal justice reform, but in advancing racial justice. Importantly, this work on racial justice is not only consistent with prevailing ethical rules and standards, in many cases it implements that ethical guidance.