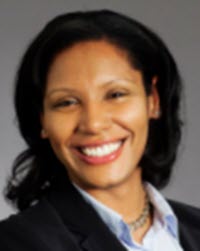 Parole is a longstanding, but often overlooked, part of the American criminal legal system that has great potential as a tool for decarceration. The American mass incarceration crisis is undeniable. With roughly two million people locked up in our prisons and jails, the United States has “the dubious distinction of having the highest incarceration rate in the world.” The United States is also exceptional in the harshness of its sentencing practices. As of 2016, over 206,000 people were serving life sentences in American prisons, constituting 40 percent of the people serving life sentences across the world. There appears to be growing consensus that the United States should move away from holding the title of the world's largest jailer. Parole could play an important role in reducing the outsized footprint of the carceral state on American life, but requires reform.

The use of victim impact statements in parole release hearings is an area that is ripe for scrutiny--and reform. Victim impact statements became a regular part of criminal sentencing in the 1980s. They are also ubiquitous in parole release proceedings. Nearly every state allows victims to offer statements in such proceedings. In California, the right to do so is even enshrined in the state constitution.

The impact of victim participation in the parole decision-making process is unclear. Some research indicates there is great reason for concern on this front. But there is a serious lack of clarity concerning the appropriate role of victim input in applying those standards. In some jurisdictions, state law strictly limits the criteria that may be considered in parole release proceedings, while there are no constraints in others.

Some parole decision-makers in one study reported that they attempted to cabin the role of victim input in accordance with the relevant legal standard, but there is no reason to believe that such faithfulness to the law is universal, let alone possible. Empirical research about the role of victim input in other parts of the criminal legal system also begs the question of whether victim input is likely to give rise to racial disparities in the parole decision-making process. Particularly, in the death penalty context, research suggests that a victim's race plays a pernicious role in the imposition of criminal punishment. Specifically, white victimhood is more likely to result in a more punitive response, i.e., the imposition of a death sentence. Given that victim impact statements are similarly ubiquitous in the parole release context, questions surrounding the role of victim input and race deserve careful attention. In particular, researchers should devote attention to the possibility that victim input creates racial divides in parole grants.

While the use of victim impact statements in criminal trials has been debated extensively, similar issues related to parole have largely been excluded from these conversations. Indeed, parole lives in the shadow of criminal adjudication process in academic discussion. Legal scholars have devoted little attention to the parole release process. But given the mass incarceration crisis and widespread racial disparities within the criminal legal system, advocates should devote careful attention to the possibility that victim input stands in the way of parole functioning as a decarceration tool along racial lines.

This essay proceeds in three parts. Part I describes the parole function, focusing on the purpose and aims of parole. This Part also provides examples of the guidelines and standards, to the extent they exist, that typically underlie the parole decision-making process. Part II lays out research on the relationship between emotion and the law that suggests potential for differential treatment in the parole process on the basis of a victim's race. Lastly, Part III calls for further data collection and research into the role of race in parole decision-making. It further suggests that eliminating victim participation in parole release proceedings may be warranted given the limited relevance of victim participation in this context and the fact that such participation likely operates to disadvantage certain people seeking parole on the basis of race.

Given that racial disparities are rife throughout the criminal legal system, there is no reason to believe that parole decision-making is exempt from this dynamic. Importantly for the purposes of this project, the use of victim impact statements in parole decision-making may amplify such disparities. Research into the death penalty experience gives rise to serious questions about whether the troubling racial dynamics surrounding race and victimhood exist in the parole release context as well. Additional research is essential to understand whether that is the case and whether victim impact statements stand in the way of parole functioning as a valuable tool for decarceration.

As several researchers observed, “[a]n optimist might hope that discretionary prison release will be a critical tool in the nation's 'decarceration’ agenda in coming decades.” A deeper understanding of the role of victim impact statements will help elucidate the path forward.