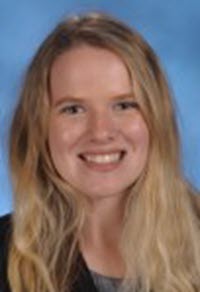 Native Americans have a long history of negative health outcomes: high rates of chronic liver disease, rates of cardiovascular disease twice the national average, and the highest rate of Type 2 diabetes in the world, among many others. In light of the unique relationships tribes share with the federal government, federal departments and laws have been established over time to provide the care promised in treaties between federal and tribal governments and by the Constitution. Federal responsibility for Native American health care was codified in the Snyder Act of 1921 and the Indian Health Care Improvement Act (“IHCIA”) of 1976, which together form the legislative authority for the federal agency known today as the Indian Health Service (“IHS”).

For years, the government has failed to satisfy the promise made by the Snyder Act and the IHCIA. Many tribes are dismayed with the quality of their health care and are looking to take control. Although the Indian Self-Determination and Education Assistance Act (“ISDEAA”) provides a contractual method by which tribes can make efforts to gain control of their own health care, it still forces tribes through the IHS system, which is underfunded and inefficient. This Note proposes that Congress provide mandatory funding for tribal health care as well as other supportive solutions like increased access to public and private insurance and increased emphasis on tribal self-determination to improve health outcomes for Native Americans.

This Note first describes the history of Native American health care and the current legal and statutory framework within which Native Americans receive health care. This Note then evaluates the shortcomings of the current system, including lack of funding, before suggesting use of Supreme Court's decision in McGirt v. Oklahoma to reform and provide the health care funding promised to many tribes in their treaties with the federal government. This Note also suggests other supporting solutions, including increased access to public and private insurance, as well as greater emphasis on Native people taking control of their own health care.

Native Americans have a long history of negative health outcomes, but they are also working steadfastly to protect the health of their own communities. For example, in light of the IHS's refusal to provide preventative care, Joy Rivera, who is a Haudenosaunee Native and a former math teacher, drives to reservations to give eight-hour workshops on the anatomy of the digestive system and colorectal cancer risk factors. However, Native Americans do not have all the resources to take care of themselves. Native Americans are owed constitutionally guaranteed funding and rights, which are also guaranteed by the treaties shared by federal and Native governments. Ultimately, this funding should come directly from the treaties, but supportive structures like encouraging Medicaid expansion and increased self-determination in tribal health care facilities are also effective. Other solutions must be workshopped for urban Natives and federally unrecognized tribes. Native self-determination does not and should not mean termination from the U.S. government. Instead, the government needs to work directly with tribes to uncover local needs and find innovative ways to fund caregivers and those receiving care.

J.D. Candidate, Boston University, Boston, MA. Olivia Meadows has a concentration in Health Law and B.A. in Anthropology and Philosophy, University of Florida. The author can be contacted at This email address is being protected from spambots. You need JavaScript enabled to view it.