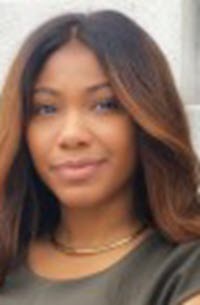 Honest and informed discussions about America's history and where its true roots lie oftentimes offer a worthy debate. America is a country deeply rooted in symbolism, land, our constitution, and the Supreme Court. However, little is discussed about the practice of eugenics and the irreparable harm suffered by Native American women because of Supreme Court rulings decided nearly 200 years ago. On the contrary, many Americans are well-versed in an indoctrinated form of American “history” from their early years, being told stories of Christopher Columbus, the peaceful samaritan and friend of Native Americans, and Paul Bunyan, the great symbol of American strength. However, the text is void of the truth, a reprehensibly sinister one. Every effort has been made by the United States' founders to erase humanity, if not the very memory, of the indigenous people who were here long before 1776. In fact, these efforts predate the formal recognition of our nation, beginning not long after the first long-term settlement of people from Europe. The consequences of these efforts remain evidenced by a well-documented history of treacherous, inhumane practices upheld by the American judicial system. In sum, the birth of one nation would cost the displacement, virtual genocide, and eventual wardship of the many others that occupied the land on which the usurper would come to claim as its own.

In the case of the perfidious relationship between Native Americans and the United States, the truth is cemented within the Supreme Court. The Marshall Trilogy has long stripped power from Native Americans and placed it solely in federal hands. In Johnson v. M'Intosh, the Supreme Court ruled that Native Americans merely had the right to occupy the land and only sell land to the government. Marshall established the guard relationship between Native Americans and the government in v. Georgia. The “domestic dependent state idea” arises from this case. The last case in the Marshall Trilogy, Worcester v. Georgia, was regarded as a victory for Indians, as it established that the government and not the states have authority over Indian affairs. The Marshall Trilogy is the foundation that has permitted the most atrocious acts against Indians to occur through the exercise of plenary power in federal hands established in the second trilogy of cases: Ex parte Crow Dog, States v. Kagma, and Lone Wolf v. Hitchcock.

Native American women's reproductive health is imperative to expanding the population of native people and their ability to thrive. Reproductive injustice and disparities within the Native American community will continue without the development of new, transparent programs that will implement a clear and responsive plan to remedy reproductive health issues. Preventative and educational initiatives must be included in these plans. Issues such as access, funds, living conditions, and quality healthcare must be addressed to sustain present and future native nations. How the United States chooses to rectify its relationship with Native American women, particularly its role in their health care, may very well be the key to its relationship with Indigenous people as a whole. It certainly could be a step towards America's fulfillment of its promise to champion fundamental human rights wherever that role is needed. That first step forward should be taken right here, affecting the plight of the first Americans.

Part I of this paper will discuss the history and evolution of reproductive and prenatal health care in Native American communities. Part II will address laws that laid the foundation for the sterilization of Native American women. Evidence will be presented to address the true motives of those who proposed, enacted, and enforced the laws underpinning the sterilization of Indigenous women, including a brief history of the practice of eugenics in America. Part III will touch on the underwhelming attempts to remedy the actions of both the federal and individual states' governments. This paper will look at examples of each, including legislation and proposed legislation created in response to this long-standing human rights crisis. Part IV will propose a solution and how to accomplish it. There is no question that a holistic and comprehensive approach is needed. Educational, preventative care, training, and mental health programs are worth considering. The ultimate goal is a complete reversal of the presently implemented policies addressing women's health in Native American communities and the Supreme Court granting redress to Native Americans by overturning holdings in the Marshall Trilogy.

Healing is often described as a long journey. In the case of Native American women, this journey has transpired over centuries. If one were to follow the historical footprints of native women, they would arrive at her origin as the original mother of American lands. The assimilation of colonial wellness and health separated indigenous people from their wholeness. The disparities and inflictions suffered by native women today are a direct reflection of century-long attempts to obliterate her lineage as the “original mother.” The reproductive health rights of native women transcend birth control, doctors' offices, injections, and sex life. Native women have been subjected to forced sterilization, experimental health care, environmental warfare, and genocide. Many native women are restricted to poverty and dependency. Reproductive health rights represent native women's human rights on every level. We must assist native women through legislation, healthcare accessibility, mergence of ancestral knowledge and practices, educational access, financial stability, community-based programs, and advocacy. Native American women can achieve wholeness and have the innate ability to do so, evident by their ability to stand despite generational trauma. Ancestral knowledge of native people teaches, “if you lay down, the baby will never come out.” women are fighting to stand; they are fighting to birth a new wholeness, guided by ancestral wisdom. The American government must no longer restrain them to beds of assimilation, as by doing so, it knowingly commits crimes against humanity. Ignorance of the law excuses no one.