Arrests of and Forced Interventions on Pregnant Women in the United States, 1973-2005: Implications for Women's Legal Status and Public Health 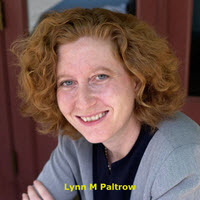 On November 8, 2011, Mississippians voted down Proposition 26, a “personhood” measure that would have changed the state constitution by redefining the word person to include “every human being from the moment of fertilization, cloning, or the functional equivalent thereof” (Mississippi Secretary of State 2011a). The measure's defeat was attributed to the recognition that such a law could have an impact beyond recriminalizing abortion, including outlawing some forms of contraception as well as in vitro fertilization (Parents against Personhood 2012). In addition, it was argued that such measures would create legal grounds for forcing medical interventions on pregnant women and punishing those who, for instance, suffered miscarriages and stillbirths. Proponents of Proposition 26 dismissed the latter concerns in particular as “scare tactics” (Yes on 26 2011). The research findings reported here call this characterization into question.

harm to fertilized eggs, embryos, or fetuses have been identified and discussed in a variety of venues (Kolder, Gallagher, and Parsons 1987; Gallagher 1987; Paltrow et al. 1992; Gomez 1997; Ikemoto 1998; Nelson and Marshall 1998; Adams, Mahowald, and Gallagher 2003; Cherry 2007; Samuels et al. 2007; Fentiman 2006, 2009; Cantor 2012). For example, Paltrow et al.'s 1992 report collected information about 167 cases in which pregnant women who sought to go to term in spite of a drug problem were arrested. Since then, however, there has been no similar documentation, nor has there ever been a comprehensive collection or examination of cases involving the arrest and equivalent deprivations of pregnant women's liberty. As a result, there is a strong possibility that the number of such actions, and their shared legal and public health implications, has been underestimated. Lack of documentation also makes it difficult to evaluate what the likely implications of such things as personhood measures are and whether they pose threats beyond recriminalizing abortion.

A need remains, then, to document the cases, identify which women have been targeted, and determine the legal and public health implications of these arrests, detentions, and forced interventions. We report on more than four hundred such cases that have taken place in forty-four states, the District of Columbia, and federal jurisdictions from 1973 to 2005. We begin by describing the methods by which we identified cases for inclusion in this study and discuss the limitations of our research, leading to the conclusion that our findings represent a substantial undercount of cases. Next, we provide five illustrative cases from among the hundreds that were included in this study. We then report the findings of three separate analyses. First, we describe characteristics of the women and the cases, finding that low-income women and women of color, especially African American women, are overrepresented among those who have been arrested or subjected to equivalent deprivations of liberty. In this section we also describe the circumstances under which arrests, detentions, and forced medical interventions were made and identify leading criminal charges and other actions taken to deprive pregnant women of their liberty. Second, we investigate the legal claims made to justify the arrests, detentions, and forced interventions and their implications. Third, we explore the role played by health care professionals and discuss how arrests and other interventions were carried out in health care settings. We conclude by considering the implications of these cases for the legal status of pregnant women and for maternal, fetal, and child health.