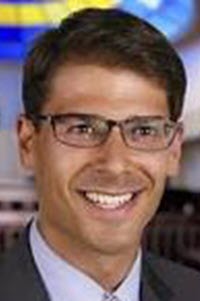 Pamela Bridgewater's Breeding a Nation: Reproductive Slavery, the Thirteenth Amendment, and the Pursuit of Freedom never had a chance. South End Press went under shortly after publishing it in 2006, forcing the book out of print after a limited run. It is next to impossible to get a copy today. The author, a law professor and civil rights activist, passed away in 2014 at age forty-five. Her book has received next to no scholarly attention. That is a shame--its exhaustive history and gifted narration lay bare the program of human breeding that pervaded the antebellum South. Bridgewater shows how slavery was propagated through control over the sex and wombs of enslaved women. These abuses were not just like slavery, she argued, but as central to that institution as forced labor. Bridgewater concluded that making women have children against their will strikes at the heart of their self-ownership and social fairness--the very liberty and equality that the Thirteenth Amendment was enacted to restore.

This Essay carries these themes into the present day. It asks what the lens of reproductive slavery can teach us about three live controversies: abortion, surrogacy, and race selection. Among these, only abortion bans are vulnerable to a plausible Thirteenth Amendment challenge: namely, that criminalizing abortion access subjects women to "involuntary servitude." Pregnancy and childbirth are not as coercive in most contract surrogacy, when a woman agrees in advance to carry a child for someone else. That does not necessarily make her gestational service voluntary in the meaningful sense that gives its performance moral force--but it almost certainly has constitutional force for Thirteenth Amendment purposes. The final reproductive context under review here is fertility mix-ups in which assisted procreation patients end up with a baby of a different racial background. Negligence suits in these cases push the limits of Bridgewater's analysis. They evoke the racial division and hierarchy that animate what the U.S. Supreme Court has called the "badges and incidents" of slavery.

Most people think of American slavery as the distinguishing institution of shackled auctions and plantation lashings. This is the institution that the Civil War extinguished with its commitment that "neither slavery nor involuntary servitude ... shall exist within the United States." The Thirteenth Amendment codified the emancipation of former slaves--but it did more, too. During the Reconstruction-Era Black Codes, that constitutional guarantee also proscribed the bondage and chain gangs that bound debtors and their children to labor indefinitely with little if any prospect of ever paying back what they owe. But more than a few courts and commentators since have sought to limit the reach of the Thirteenth Amendment to this eradication of peonage and chattel slavery. Bridgewater rejected such cramped understandings. She was not the first: Other scholars have proposed applying the Thirteenth against race-based denials of equal rights to own property, make contracts, or participate in court. Some invoke that Amendment more generously to prohibit all kinds of oppressive conduct-- from child labor, child abuse, and domestic violence to hate crimes, sex trafficking, and capital punishment. Bridgewater built on these claims to argue that constitutional abolition was capacious enough to bar conditions of domination over matters of pregnancy and parenthood. This is her core insight that this Essay will try to extend to the present-day contexts of abortion, surrogacy, and race selection.

Bridgewater lamented the modern tendency to "view the Thirteenth Amendment as dead or dormant because the judiciary has underutilized, and inconsistently applied, the Amendment," and, accordingly, that it "never achieved its full revolutionary potential." And yet appeals to reproductive slavery risk doing more bad than good when they are enlisted to resolve hard moral questions by comparison to one of the few practices that even people who rarely see eye-to-eye can agree is unequivocally evil. The enormity of slavery's injustice was so plain, so profound, that analogies struggle to escape its absolute wrongs. Imperfect metaphors risk insulting the memory of enslaved persons, drawing the ire of their descendants, and jeopardizing the search for common ground. Bridgewater is surely right that invoking abolition offers creative approaches to stubborn reproductive controversies. But this strategy, for all its promise, can also risk crowding out prospects for good-faith conversation and practical compromise.

Professor of Law, Herzog Endowed Scholar, and Director of the Center for Health Law Policy and Bioethics at the University of San Diego School of Law.