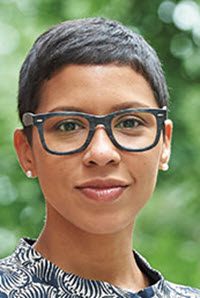 In May 2019, the Supreme Court issued a per curiam decision in Box v. Planned Parenthood of Indiana and Kentucky, Inc., a challenge to two Indiana abortion restrictions--one that “makes it illegal for an abortion provider to perform an abortion in Indiana when the provider knows that the mother is seeking the abortion solely because of the child's race, sex, diagnosis of Down syndrome, disability, or related characteristics,” and one that prescribed particular protocols for the disposal of fetal remains.

The Court's disposition of the two challenges was not necessarily noteworthy. It granted certiorari in the challenge to the fetal disposal restriction, while denying certiorari as to the challenge to the trait-selection prohibition. What was noteworthy, however, was that one member of the Court, Justice Thomas, wrote separately to share his views regarding the constitutionality of the Indiana trait-selection statute. As Justice Thomas explained, the law, and others like it, promoted the state's “compelling interest in preventing abortion from becoming a tool of modern-day eugenics.”

To this end, Justice Thomas proceeded to elaborate a misleading and incomplete history in which he associated abortion with eugenics and the rise of the modern birth control movement. Thus, while he concurred in the Court's judgment to deny certiorari, conceding that “further percolation” may assist the Court's future review of such laws, he nonetheless maintained that the day was coming when the Court would “need to confront the constitutionality of laws like Indiana's.”

To be sure, no other member of the Court joined Justice Thomas's concurrence. And many commentators and scholars decried his selective and misleading invocation of the history of eugenics. But in drafting his concurrence, it seems Justice Thomas was not concerned with setting straight the historical record. Instead, his ambitions for this concurrence likely were focused on issues closer to the Court's present docket.

This Article contextualizes Justice Thomas's Box concurrence and elaborates the way in which his opinion may, in tandem with other recent decisions, provide a roadmap for upholding trait-selection abortion restrictions, overruling Roe v. Wade, and reconceptualizing the Court's understanding of racial injury. As the Article explains, the Box concurrence trades, perhaps ironically, on the success of the reproductive justice movement, which has surfaced the myriad ways in which race, class, and other forms of marginalization shape women's experiences with, and the state's efforts to regulate, reproduction. But rather than surfacing race as a means of promoting greater reproductive autonomy and access in service of Roe v. Wade, as the reproductive justice movement does, the Box concurrence integrates racial injustice into the history of abortion for the purpose of destabilizing abortion rights.

Although Roe has been widely critiqued over the years, it has never been formally overruled. The doctrine of stare decisis, which demands fidelity to past decisions on the same, or similar, issues, has been the chief impediment to overruling Roe. Under the Supreme Court's stare decisis jurisprudence, a past decision cannot be overruled simply because a majority of the current Court disagrees with it. Instead, a “special justification” is required to overrule. Thus, in order to over- ride the demands of precedent and dislodge Roe, which has been repeatedly reaffirmed by the Court, some “special justification” must be proffered. Under the logic of the Box concurrence, that special justification is race. In this way, Justice Thomas's Box concurrence constructs a narrative that associates abortion with eugenics and racial injustice, such that when the Court next confronts Roe, it may, as it famously did in Brown v. Board of Education, circumvent the demands of stare decisis and overrule its most controversial precedent in the name of racial justice.

Accordingly, where other efforts to discredit Roe have failed, Justice Thomas's Box concurrence plants the seeds for a potentially more successful strategy. Rather than insisting that Roe is wrongly decided, those intent on overruling it need only argue that the Roe Court failed to fully appreciate the racial dynamics and underpinnings of abortion. In this regard, the Box concurrence provides a roadmap to lower courts and abortion opponents to challenge Roe on the grounds that the abortion right allegedly is rooted in racial injustice and results in disproportionate impacts on minority groups.

If this strategy is successful, it will have implications that reverberate beyond Roe and abortion rights. By the concurrence's logic, race may serve dual purposes in shaping the Court's jurisprudence. As an initial matter, race--and the prospect of redressing racial injustice--furnishes the Court with a potent justification for reconsidering contested precedents. But it also provides the Court with an opportunity to articulate new precedents that may affirm and entrench the Court's preferred conception of race and racial harm. This is particularly meaningful when one considers that the Court's race jurisprudence is replete with contested narratives about the nature of race and racial liability. In this regard, the Box concurrence is not merely an invitation to recast abortion as an issue of racial injustice; it is an invitation to entirely reconceptualize the meaning of race, racial injury, and racism.

This Article proceeds in four Parts. Part I lays a contextual foundation for a critique of the Box concurrence by providing a full and nuanced account of the role that race has played on both sides of the abortion debate. As it explains, from slavery to the present, race has been inextricably intertwined in discussions of reproductive rights. With this in mind, this Part counters the thin historical account that Justice Thomas provides in the Box concurrence with a more robust and nuanced discussion of the history of abortion criminalization, the birth control movement, and the association of reproductive rights with Black genocide. In charting the intersection of race and reproductive rights, this Part considers the emergence of the reproductive justice movement and the co-optation of reproductive justice themes by those opposed to abortion rights. It concludes by locating the Box concurrence and its racialized critique of abortion within this trajectory.

Part II focuses on the Box concurrence's immediate goal-- providing a defense of trait-selection abortion restrictions. By characterizing abortion as a “tool of modern-day eugenics,” the concurrence augments the existing defense of trait-selection laws as antidiscrimination measures that do not trigger the heightened constitutional scrutiny that generally attends restrictions on the abortion right, or, more troublingly, that fall outside of the scope of traditional abortion jurisprudence.

Parts III and IV pivot to the heart of the argument--that the aspirations for the Box concurrence are not limited to simply defending trait-selection laws. Instead, the racialized critique of abortion rights lays a foundation for discrediting--and eventually overruling--Roe v. Wade. As Part III explains, the effort to overrule Roe v. Wade and the abortion right has been stymied by the force of stare decisis. However, in the Court's history, the prospect of correcting racial wrongs has served as a predicate for reconsidering--and overruling--past precedents. To support this claim, this Part considers Brown v. Board of Education and Loving v. Virginia, in which the Court overruled two earlier precedents in the interest of promoting racial equality. To underscore that the interest in overruling in order to correct racial wrongs is not confined to the Court's past, this Part also discusses Ramos v. Louisiana, a case from the most recent Supreme Court term, in which the Court overruled a 1972 precedent in part because the earlier decision was inattentive to the challenged policy's “racist origins.” Part IV considers the broader implications of this strategy for issues of reproductive justice and racial justice. The Article then briefly concludes.

On July 21, 2020, Planned Parenthood of Greater New York (PPGNY) announced its plans to remove Margaret Sanger's name from its Manhattan Health Center as part of its “public commitment to reckon with its founder's harmful connections to the eugenics movement.” The change, which grew out of a three-year reproductive justice-framed dialogue between the group and 300 community members, was “a necessary and overdue step to reckon with our legacy and acknowledge Planned Parenthood's contributions to historical reproductive harm within communities of color.”

Critically, PPGNY's announcement came just a year after Justice Thomas's Box concurrence interposed the issues of eugenics and racial selection into the abortion debate, and three weeks after the Court announced June Medical Services v. Russo, its most recent abortion decision, where it adverted to stare decisis to strike down a Louisiana admitting privileges law.

The connections between PPGNY's announcement, the Box concurrence, and June Medical Services are not immediately obvious. But, as this Article maintains, under the logic of the Box concurrence, one can draw a straight line from Margaret Sanger and eugenics to the “special justification” necessary to set aside stare decisis and reconsider a past precedent like Roe v. Wade. In this regard, the Box concurrence's conflation of abortion, eugenics, and racial injury has harnessed the narrative and logic of reproductive justice and deployed it for its own ends.

But to be sure, the dismantling of abortion and reproductive rights is not the only likely casualty of the Box concurrence and its narrative of racial injury. If race furnishes an opportunity for the Court to consider an earlier decision afresh, then it also furnishes an opportunity to generate new precedents that articulate and embed a specific conception of race and racial harm. In this regard, the Box concurrence contains not only the germ of a new campaign to topple Roe v. Wade, but the means by which the Court may continue to sow the seeds of a more parsimonious vision of racial justice.