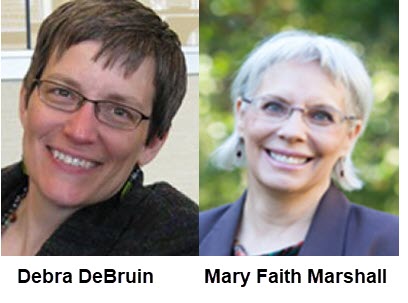 The dominant idea of a 'good mother’ in North America requires that women abjure personal gain, comfort, leisure, time, income, and even fulfillment; paradoxically, during pregnancy, when the woman is not yet a mother, this expectation of self-sacrifice can be even more stringently applied. The idea of imposing any risk on the fetus, however small or theoretical, for the benefit of a pregnant woman's interest has become anathema.

While this pressure to avoid fetal risk pervades women's day-to-day choices during pregnancy, this discussion focuses on coercive interventions in pregnancy, including forced cesarean sections and penalties for exposing fetuses to risk.

Based on “systematic searches of legal, medical, news, and other periodical databases” with review of police and court records for identified cases, Paltrow and Flavin document 413 cases of arrests, detentions, and forced interventions in pregnancy in 44 states, the District of Columbia, and federal jurisdictions from 1973 (the year of the Roe v. Wade ruling) to 2005 (the latest date for which there were records of cases that had reached their legal conclusion at the time the article was published). These cases include coerced medical interventions (e.g., cesarean sections) as well as arrests and detentions for allegations of behaviors posing harms to fetuses. Given barriers to identifying cases - e.g., difficulties with identifying such cases in searches of legal databases and lack of reporting on forced interventions--the actual number is likely greater. Amnesty International has found that, between 2005 and 2017, approximately 700 women have been charged with crimes related to fetal neglect, “chemical endangerment” or “fetal assault” in Alabama, Tennessee, and South Carolina alone. Beyond these three states, “hundreds of others across the country have also been charged.” Note that the more recent data focus on arrests and detentions, as opposed to coerced medical interventions, which are also ongoing.

We will consider legal and ethical responses to such coercion, exploring the ways in which ethical approaches overlap with, supplement, or diverge from legal ones. We will begin by focusing on coercive medical interventions because the moral commitment to patient autonomy and the fiduciary duties of practitioners are so firmly established in this context. We will then consider to what extent such considerations apply to arrests or detentions of women for exposing their fetuses to risk. We will argue that, contrary to common assumptions, assigning personhood to fetuses does not undermine the arguments against coercion. Finally, we will consider recommendations for bringing medical and legal practice in line with ethical obligations.

We have shown that ethical considerations mirror - indeed inform - legal analyses of coercive interventions, and that these ethical considerations offer clarity in the absence of legal precedent with other uses of coercion in pregnancy. We have explored the potential legal and ethical significance of fetal personhood laws in this context and argued that ethical considerations of social justice must supplement legal and ethical approaches to coercion during pregnancy that focus on individual rights and duties of beneficence. We believe that bioethics has a fundamental and ongoing role to play at the bedside, within professional associations, in the education of clinicians and jurists, in joining and authoring amicus briefs in legal cases, and in fostering a national conversation about the harms to women, to their children, to public health, and to the integrity of professional obstetricians and jurists imposed by coercive interventions in pregnancy.

Center for Bioethics, University of Minnesota

Center for Health Humanities and Ethics, University of Virginia