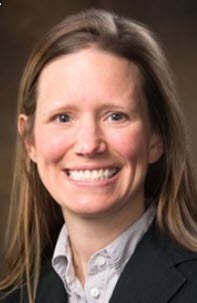 On February 22, 2019, a twenty-four-year-old Honduran woman being held in border custody in Texas gave birth to her son. She was twenty-seven weeks pregnant, just days before her third trimester, and went into premature labor. Before medical help could arrive, she gave birth to a stillborn baby boy. She and her son were then transported to a hospital forty minutes away.

Little else is known about this woman. Perhaps she had wanted an abortion but could not obtain one in Honduras, where abortion is illegal. Or, maybe she desired her child and wanted to raise him somewhere other than Honduras, a country where two thirds of people live in poverty and increasing gang membership and activity has made it “one of the deadliest countries in the world.” Maybe she, like many others, came to America in hopes of a better future for her son--a parenting decision thwarted by his stillbirth.

News coverage of this child's stillbirth questioned the quality of health care pregnant detainees receive while in custody. The government declined to investigate, however, explaining that “for investigative and reporting purposes, a stillbirth is not considered an in-custody death,” even though a viable fetus is considered capable of “independent existence,” a “second life” eligible for state protection in abortion jurisprudence. We do not know about her health care before his stillbirth, and we also do not know about her health care after his stillbirth. We do not know whether she was able to hold and spend time with him, giving her a chance to say goodbye to her son.

This woman is just one of millions of pregnant women in the United States who make a choice to parent their child but do not physically produce a living child at the end of pregnancy. Possibly as high as one fourth of pregnancies end in miscarriage, the term for a pregnancy loss before twenty weeks of pregnancy. Another one in one hundred sixty pregnancies end in stillbirth, the death of the unborn baby while still in the womb after twenty weeks of pregnancy but before birth. These rates translate to millions of women miscarrying and tens of thousands more giving birth to a dead, stillborn baby each year in the United States. Many women consider their miscarriages to be significant life events. And, needless to say, giving birth to a dead baby is traumatic and significant for women. Miscarriage and especially stillbirth can have long-term psychological consequences for women.

Despite the significance of miscarriage and stillbirth in women's lives, these pregnancy-ending experiences are rarely featured in activism for women's reproductive freedoms. The reproductive rights movement focuses on a woman's right to choose abortion. The movement assumes a binary-- either the woman is able to obtain an abortion or will give birth to and raise a living child. The opposing antiabortion side has acknowledged that pregnancies end in miscarriage and stillbirth, but only to weaponize a woman's grief as evidence of fetal personhood. In response, the pro-choice reproductive rights movement has opted to avoid the topics of stillbirth and miscarriage to the greatest extent possible.

This Article attempts to cure this omission. It uses a reproductive justice analysis to define women's rights concerning miscarriage and stillbirth, an analysis that is especially necessary for marginalized women. Just as marginalized women face additional difficulties in obtaining abortions and parenting their children, women of color and poor women also face a higher likelihood of miscarrying their pregnancies and giving birth to a stillborn baby.

The first right is the right to preventative prenatal care. Reproductive justice already recognizes a woman's right to health care, to which marginalized women often have less access, including the right to prenatal care. But the emphasis in prenatal care must be on prevention of miscarriage and stillbirth. Numerous studies in Europe suggest that differing medical care explains the socioeconomic disparity in the stillbirth risk, a concern that should be even greater in the United States, a country without universal health care. Women must have access to preventative prenatal care--prenatal care that includes education of women on the risk of stillbirth and the known, simple preventative measures. Reproductive justice's intersectional lens also highlights the need for new research on the causes of miscarriage; the usual assumption about chromosomal abnormalities assumes miscarriages before twelve weeks, not explaining miscarriages after twelve weeks, the type of miscarriage of which Black women face a double risk.

A woman also has birth justice rights within stillbirth. Reproductive justice already recognizes a woman's right to give birth as she chooses and to be free from undesired and unnecessary medical interventions commonly labeled “obstetric violence.” Giving birth to a stillborn child is “physiologically identical” to giving birth to a living child, although more traumatic. A woman has a right to give birth to her stillborn child as she desires, including a medically unnecessary cesarean delivery if she so desires. Miscarriage will likely not involve childbirth, making birth justice inapplicable. Still, analogously, a woman should have a right to be informed of all of her treatment options in case of miscarriage, including information on the costs.

A woman's reproductive-justice-based right to health care includes not just empowering health care for the physical consequences of miscarriage and stillbirth, but also her right to mental and emotional health care. Studies show that although Black women face a higher risk of miscarriage and stillbirth, they have less access to bereavement support. Studies also show that parents of color are less inclined to hold the baby after stillbirth, unknowingly depriving themselves of the psychological benefit of holding the baby. Last, studies show that Black women find support groups less helpful than white women. Reproductive justice's emphasis on the experiences of marginalized women helps show that mental health support is not one-size-fits-all.

Last, a woman has a right to parent her stillborn child if she desires so. Empirical studies of parents after stillbirth confirm parental identification, as do longstanding state laws making parents responsible for the final disposition of their stillborn child's body. Various legal measures of affirming parenthood after stillbirth--tax benefits, stillbirth birth certificates, tort claims, and insurance coverage for autopsies--are controversial under the reproductive rights framework but perfectly consistent with the reproductive justice framework.

After I gave birth to my son Caleb, stillborn three weeks before his due date, I attended a support group. I distinctly remember one woman's story. Twice, this woman had lost her baby right around twenty weeks of pregnancy. When she had gotten pregnant a third time, she considered an abortion because she was afraid that she would lose the baby. But she ultimately chose to keep the baby. And, unfortunately, history repeated itself. No one else had a story like this woman's. She was also the only black woman in the room.

Reproductive justice's rejection of the individualistic notion of choice and its holistic lens provide an opportunity to finally highlight women's experiences of miscarriage and stillbirth and their related rights. Those rights include a woman's right to prenatal care that will help prevent the undesired end to her pregnancy. She has birth justice rights to give birth to her stillborn child as she desires and to be fully informed of her treatment options in case of miscarriage. She also has a right to culturally appropriate mental and emotional health treatment after miscarriage or stillbirth. Last, she has a right to parent her child, a positive right requiring legal recognition, no different from how various laws affirm motherhood despite an infant's death shortly after birth. Expressly adding these rights to the reproductive justice framework properly recognizes miscarriage and stillbirth as meaningful reproductive experiences that marginalized women are especially likely to experience them.

Professor of Law, University of Arkansas School of Law, Fayetteville.