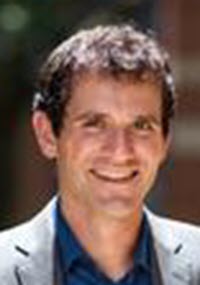 Viewing health care as a right apparently does not entail support for one specific health care reform plan. Both President Joe Biden and Senator Bernie Sanders have described health care as a right, yet the latter made a single-payer Medicare for All plan the centerpiece of his 2016 and 2020 presidential campaigns, whereas the former endorsed a more incremental approach that would expand the coverage provisions in the 2010 Patient Protection and Affordable Care Act (ACA), lower the eligibility age for Medicare, and establish a public option. More generally, although Democrats tend to be strongly supportive of the notion that health care is a right, they have largely clustered into two main camps: those who support Medicare for All, and those who take a more incremental approach to health care reform, such as the Biden plan. These two camps' preferred health care reform proposals differ in various ways, including in terms of the benefits that they would guarantee, the amount of cost-sharing borne by patients, and the role played by private insurance.

Most of the public debate between these different camps has revolved around two fault lines: political feasibility and economic costs. Incrementalists object to Medicare for All as politically impossible and excessively costly. Supporters of Medicare for All counter that the incrementalists are misinterpreting the lessons of history, and that Medicare for All will lower costs by improving administrative efficiencies and reducing health care prices. Which of these positions is correct is an empirical question. Both sides are making predictions about the future, while drawing on historical experience, data, and assumptions.

What is less clear is whether these two positions also reflect different normative positions regarding the kind of health care benefits to which people are entitled. Many incrementalists deny that they object to Medicare for All in principle, but instead claim that they object to it on other grounds, such as that it is too politically difficult, or that there are other more important policy priorities (such as reforming our electoral system or addressing climate change). Some health scholars have portrayed the debate between the two camps as one about means rather than ends, and have emphasized that both sides share the common goal of achieving universal health insurance coverage. Along similar lines, others have suggested that implementing either Medicare for All or a more incremental health care reform proposal would secure the right to health care. By contrast, some advocates of Medicare for All have framed it as morally distinctive because of its emphasis on reducing inequality, and have framed it as the only health care reform that can secure the right to health care. Yet it is not clear from these accounts why inequality in access to health care is objectionable, and whether these objections extend to all forms of inequality in access.

This Article argues that there is in fact an important normative difference between these two positions: namely, that the incremental and Medicare for All proposals are supported by two different conceptions of the right to health care. At base, these two conceptions reflect different views about what kind of health care we owe to each other. These are not disagreements about political feasibility or empirical projections, but rather about moral or political values. Failure to recognize these conflicting values means that health care reform advocates frequently talk past one another, without confronting the underlying normative differences in their visions of health care reform. The goal of this Article is to bring to light these normative differences.

There are different theories of justice in health care that have been invoked to support the Right to Equal Access, and these theories have different justifications and implications for health care reform. At one end of the spectrum, what is sometimes referred to as the “insulation ideal” implies that health care should be distributed on a completely equal basis to all those who need it. A much more nuanced and comprehensive theory, developed by philosopher Norman Daniels, posits that health care institutions should be governed so as to ensure what John Rawls refers to as “fair equality of opportunity.”

Similarly, there are multiple theories of justice in health care that support the Right to a Decent Minimum. Ronald Dworkin has developed what he refers to as a “prudent insurance” ideal, which implies that the government should provide insurance coverage for those health care services for which people would choose to purchase insurance coverage under certain idealized conditions. A second influential account is a modified market approach, which justifies providing a basic package of health care benefits through market mechanisms on the basis that doing so will improve societal welfare. Although these accounts do not explicitly invoke the language or framework of “rights,” they each provide justifications for enacting a legal right to health care. In particular, they each provide reasons in favor of extending health insurance coverage to all Americans.

The divide between the Medicare for All and the incrementalist camps seems likely to be a subject of political disagreement for years to come. It dates back to the 1940s, when Democratic members of Congress first introduced a bill that would have created a national universal health insurance program. Nor has the ACA forged a consensus on this issue. Although the implementation of the ACA appears to have increased public support for universal health insurance coverage, it has not resolved the debate over the form that coverage should take.

It is important, therefore, to understand the normative stakes of this disagreement. Health care reform is not only an economic issue and a political issue, but also a moral one. That is not to say that most people subscribe to a particular theory of justice in health care, but rather that they believe there are important moral reasons to support health care reform. Examining some of the more prominent accounts of justice in health care can help to bring these reasons into sharper focus, to scrutinize them, and to better understand their implications.

This Article proceeds as follows: Part I describes Medicare for All and the incremental proposals in more detail and outlines their approach to three key policy areas: the scope of covered benefits, cost-sharing, and private insurance. Part II describes two variants each of the Right to Equal Access and the Right to a Decent Minimum and offers a brief sketch of the types of justifications these accounts rely on, as well as some of the objections to them. Part III examines the implications of these accounts with respect to the three aforementioned key policy issues, and then compares these implications to the actual approaches taken by Medicare for All and the incremental proposals.

The public debate over health care reform frequently fails to distinguish between these two conceptions of the right to health care. To be sure, some supporters of Medicare for All argue that it is morally distinctive because of its emphasis on reducing inequality. Yet it is often not clear from their arguments why inequality in access to health care (as opposed to inadequate access) is objectionable, and whether these objections extend to all forms of inequality in access. Incrementalists, on the other hand, have tended to not even respond to the moral case for Medicare for All. Instead, they have tended to argue that it is politically infeasible or excessively costly, or deny that there are any salient moral differences between Medicare for All and incremental reforms.

Greater understanding of the moral values at stake in health care reform is important since it may affect policymakers' and voters' judgments about what kind of reform is desirable. These effects could play out in various ways. On the one hand, greater awareness of Medicare for All's emphasis on reducing inequality in health care could, over time, help to build public support for a single-payer health care system (as some Medicare for All advocates appear to assume will be the case). Indeed, many Americans support the notion that everyone should be treated equally in the health care system. Thus, perhaps even those who are skeptical of Medicare for All's feasibility or economic impacts may find its emphasis on equal access appealing, if they are made aware of that emphasis. On the other hand, the opposite could happen: By more explicitly engaging with the moral case for Medicare for All, incrementalists could convince more Americans that the real problem is a lack of adequate access, not inequality in access per se, and thus that an incremental approach to health care reform is preferable.

Alternatively, greater understanding of these divergent moral values could lead to increased support for some middle-ground approach, one that incorporates elements of both the Right to Equal Access and the Right to a Decent Minimum. For instance, greater understanding of these divergent moral values could result in greater support for a health care reform that does not immediately abolish the current fragmented health care financing system, but which instead incorporates more targeted reforms that are designed to make this system more equal, not just to ensure that everyone has access to the decent minimum. Or instead, it could lead to greater support for a similarly ambitious egalitarian health care reform agenda as Medicare for All, but one which better reconciles the demand for equal access to health care with the necessity of reasonable limits.

Of course, Americans can--and should--take non-moral considerations, such as political feasibility, into account when deciding how to reform the health care system. Yet they must also consider a more basic question, one that underlies the purpose of reforming the health care system in the first place: What kind of health care do we owe to one another? Acknowledging the two conceptions of the right to health care described in this Article is a necessary step in answering that question.

Associate Professor of Law, University of Miami School of Law.