Closing the Health Justice Gap: Access to Justice in Furtherance of Health Equity 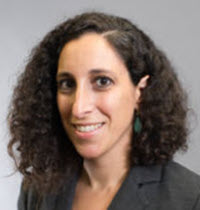 Ms. Johnson received a text message from her landlord asking her to vacate her apartment by the end of the month. She was behind on rent after spending some of her rent money on pest control to get rid of the roaches that had taken over her apartment. Her daughter's pediatrician had told her that these roaches and the mold in their bathroom--both of which the landlord had refused to fix--were the likely causes of her daughter's recent asthma attacks.

When the text arrived, Ms. Johnson felt that she had no choice but to comply with her landlord's demand to leave. She knew from past experience that arguing with her landlord would only land her in an unsuccessful court battle. She had been evicted once before, a few years earlier, and as a result of that experience, she suspected that courts rarely side with tenants. On that occasion, she showed up to court at 8 A.M., as the eviction notice instructed, and then spent the entire day at the courthouse, with no choice but to take the whole day off of work as she awaited her hearing. When her case was finally called late in the afternoon, her hearing lasted just a few minutes. The landlord's attorney enumerated the unpaid rent and expenses she owed, and Ms. Johnson stood alone at a table in the courtroom, embarrassed and defeated, as the judge ordered that the eviction proceed. This time, she felt there was no point in going through that again. A court-ordered eviction would harm her credit and make it harder for her to find a new apartment. Enduring stress and foregoing sleep, she packed up the family to move into their car until she could scrape together enough money to afford a security deposit for a new apartment.

When a tenant like Ms. Johnson faces eviction, she is likely to both lack access to justice and encounter detrimental health impacts for herself and her family. Some tenants may not even realize they have legal defenses example, those related to housing code violations, inadequate eviction notices, and protections under pandemic-related eviction moratoria. And if a tenant does have her day in court, as did Ms. Johnson during her prior eviction, she will often stand opposite a landlord's seasoned attorney without an understanding of her rights or attorney representation. As so many low-income tenants across the country do, she may be able to walk through the courthouse doors, but she is without access to justice. Moreover, her eviction also reflects a health injustice. In addition to losing her home, an evicted tenant is also much likelier to experience negative effects on her physical and mental health, as well as harms to the health of her family members.

A burgeoning body of scholarship explores “health justice,” a paradigm which aims to leverage law and policy to eliminate racial and socioeconomic health disparities. The framework recognizes that much of health is not a result of biology or the care we receive at the doctor's office, but rather the social conditions that affect our daily lives. These “social determinants of health” are “the conditions in which people are born, live, work, learn, eat, play, and age.” Research estimates that they may impact as much as 80% of a person's health. For example, housing and food insecurity, low-wage employment and unemployment, and inadequate education are well-known drivers of poor health; they are also heavily correlated with racial and socioeconomic disparities.

People of color and low-income Americans--and those who fall into both categories and therefore experience compounding marginalization--have lower life expectancies and experience poorer health because of these social determinants. Just as law has contributed to these disparities, the health justice framework recognizes that law must help address and eliminate them. Health justice scholars have called for major systemic reforms in furtherance of health equity, such as a living wage, expansion of paid sick leave, robust protections and financial supports for low-income workers, Medicaid expansion, healthcare coverage for immigrants, systemic reforms in the medical profession to address implicit bias, and significant rental assistance and pathways for home ownership for low-income tenants. They have advocated forcefully for empowerment and leadership building in affected communities and for law and medical schools to train the next generation of professionals through a health justice lens. With a growing movement in medicine and public health pushing to address social determinants of health, including the role of law as a driver of health, and against the backdrop of a greater national focus on health equity and racial justice during the COVID-19 pandemic, health justice has increasingly become part of the national conversation.

The access to justice movement is similarly gaining momentum. In 2020, the American Academy of Arts and Sciences published a seminal report, “Civil Justice for All”, examining the justice gap--a phenomenon that leaves millions of Americans with unmet civil legal needs and without legal representation each year. The pandemic and the accompanying recession have increased demand for free or low-cost civil legal services to address the same factors that affect health justice. Policymakers and scholars have thus called for greater “access to justice”--seeking to assist low-income people in obtaining the knowledge, tools, and legal representation needed to enforce their rights. They have also supported legislation to provide legal counsel as a matter of right at public expense in civil cases that affect basis human needs, along with other access to justice programs, such as community education, technology initiatives, pro bono efforts, and legal navigators. More than thirty municipal and state laws establishing the appointment of or right to counsel for low-income individuals in areas of civil legal need passed in 2021 alone. The Biden administration has also put forth multiple access to justice initiatives.

Recognizing that both movements are accelerating in their own right, this Article brings the health justice and access to justice movements in dialogue with one another. It focuses on how the health justice framework can inform access to justice efforts in furtherance of health equity. Without health and well-being for historically and currently marginalized people, there can be no justice. Indeed, justice should be seen as a key component and one of the proxies for health status, and access to justice can be furthered through an understanding of its impact on health and well-being.

This Article argues that the health justice framework provides actionable principles through which the access to justice movement can meaningfully advance justice, including health equity, for those marginalized based on their race and socioeconomic status. Part I examines the justice gap and associated disparities, centering on the access to justice movement. Part II explores the core principles of the health justice framework, which has also been developing rapidly. Finally, Part III applies the health justice framework to the access to justice movement. It asserts that access to justice in furtherance of health can be achieved through efforts that (1) facilitate enforcement of current laws that implicate health equity, including access to legal representation for low-income individuals to address health-harming civil legal needs; (2) elevate the power of affected individuals and communities, including through the provision of legal information and advocacy tools to help people understand and assert their rights, and through partnerships with affected communities and organizations; and (3) advance structural law and policy reform towards health equity.

Ms. Johnson's story shows the undeniable interconnectedness of access to justice and health justice. COVID-19 has laid bare these connections and spotlighted the urgency of both forms of justice. The pandemic and resulting recession have highlighted longstanding and new grave health inequities and the alarming consequences of our nation's ongoing justice gap. The time is now to consider the nexus of these movements and pursue access to justice in furtherance of health equity. As the Director of Maryland's Access to Justice Commission acknowledged:

[E]ven before COVID-19, people were losing their cases, not because they did anything wrong, but because they did not have the legal information or help they needed. COVID-19 has made that problem worse, and unless we act now, the consequences of injustice will endanger public health, hamper economic recovery, and be disproportionately harmful to [B]lack families.

The access to justice and health justice movements are both gaining momentum. Each can benefit from the other; each can help reinforce the imperative that the other makes clear. The scholarship and advocacy in these fields must be in dialogue. This Article starts that conversation by applying the health justice framework to access to justice efforts to envision how they can ensure substantive and meaningful justice, which must include health and well-being for marginalized individuals and communities. With the two movements in conversation, access to justice can be envisioned as a predicate for health and equity.