Black Mothers Matter: The Social, Political and Legal Determinants of Black Maternal Health Across the Lifespan 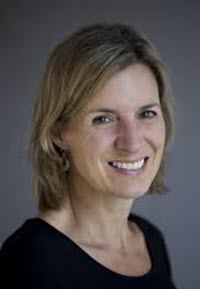 America's current “racial reckoning” is shining a light on centuries-old racial health inequities that have plagued the U.S. since its founding. In 2020, the American Public Health Association declared structural racism a public health crisis, citing both historical forces and current events. In addition to the disproportionate death toll for Black Americans caused by COVID-19 and police violence, another public health crisis has loomed for decades, mostly in the shadows: Black mothers die at 3.2 times the rate of White mothers, and their babies are more than 2.4 times as likely to die in their first year of life. Until very recently, the voices of Black women and their public health allies calling for attention to this injustice have gone unheeded.

Recent international comparisons of maternal mortality show that the U.S. ranks last among its peer nations and has more than double the rate of mortality of other wealthy countries. These results seem to have finally put this crisis on policymakers' radars, with new legislation being introduced at the federal and state levels that focuses on improving maternal health care and reducing disparities. The Black Mamas Matter Alliance (BMMA), an organization that advocates for “Black maternal health, rights and justice” aptly refers to the racial inequities in maternal health as more than a public health crisis; it is a “human rights crisis” Naming it as such is vital because, as writer Isabel Wilkerson says, “[y]ou cannot fix what you do not know; you cannot repair what you cannot name.”

As the medical and public health communities seek to understand the pathways that lead to higher rates of Black maternal morbidity and mortality, and policymakers begin to seek legislative solutions, the human rights framing, suggested by BBMA, is particularly valuable because it requires accountability from government and elected officials and helps to name the societal structures that facilitate and perpetuate disparities in Black maternal health outcomes. Indeed, the decades of societal indifference to the health of Black women and their children emphatically implicates politics, policy and law.

To map the pathways between and among individual health, interpersonal relationships, community influences, institutional practices, and public policy, public health scholars have long employed a social ecological framework. This framework has been a critical tool in demonstrating the linkages between racial and other types of health inequities to upstream policy decisions and institutional practices. However, this paradigm can be abstract in that it sometimes obscures the specific means by which politics, policy, and the law harm the health of individuals and certain populations. For Black women, the combined roles of racial, gender and class discrimination make mapping the policy to a health pathway even more complex. Identifying how laws and policies contribute directly to racial and gender health inequities is further complicated by laws that are facially neutral, but have a disparate impact on different groups based on historical, cultural and social structures that imbed racial bias within systems such as health care, employment, housing and criminal justice. Applying an interdisciplinary approach, this article draws on medical and public health research and analyzes the sociological, political, and legal contexts that shape and perpetuate the Black maternal health crisis. While most of the current discussion of Black maternal health disparities focuses on maternal mortality and morbidity surrounding childbirth, this article takes a broader perspective on the health of Black mothers across the life course to probe the multiple ways in which their health is influenced by these larger contexts.

Although there is overlap among the social, political and legal determinants of Black maternal health, each of these three terms have distinct meanings and effects. The social determinants of health, often described as the “conditions in the environments in which people are born, live, learn, work, play, worship, and age that affect a wide range of health, functioning, and quality-of-life outcomes and risks,” help to explain the pathways between environmental exposures, economic inequality, access to basic needs and services, and social interactions that influence health. Exploring and exposing the political determinants of health allows us to move further upstream to analyze how systems structure relationships, distribute resources and administer power which, in turn, either advance or undermine health equity. The political process results in laws--or, legal determinants of health (such as statutes, regulations, court decisions)--that give rise to public policies which structure the daily and lifelong experiences, exposures, resources, power, and health of individuals and populations.

This article explores how the social, political, and legal determinants of health converge for Black maternal health and how they are intricately intertwined and mutually reinforcing. Part II discusses the historical origins and structural roots of Black maternal health disparities by highlighting the distinct status of Black mothers in the U.S., informed by the intersection of race, gender, and class, as well as the unique historical and cultural treatment of Black women during slavery and Jim Crow. Part II then documents the current disease burden experienced by Black mothers and the important role that stress, induced by marginalization, plays in disparate health outcomes. Part III explores the structural barriers to accessing quality, accountable health care and the role of American health care law, policy, and practice in perpetuating Black maternal health inequities. Part IV illustrates the multiple compounding social and economic stressors that influence Black maternal health across the lifespan, including: Black women's experiences of workplace discrimination and pay inequity; the loss of their children to the child welfare and criminal justice systems; and their disproportionate exposure to unsafe and unstable housing. Each of these stressors are undergirded by social, political and legal structures that reinforce racism and gender inequality in ways that disparately affect Black women, particularly Black mothers. Throughout these sections, I analyze the interrelated social, political, and legal determinants that structure these experiences and offer legal and policy recommendations that support equity and justice. Finally, Part V explores a socio-political-legal approach to improving Black maternal health and emphasizes the ways in which Black women are “defining and valuing” their own experiences as mothers and influencing law and policy changes.

The human rights crisis in Black maternal health is perpetuated by decades of social, political, and legal building blocks that must be knocked down. Doing so requires confronting head-on the ways in which structural racism, gender inequality, and the unique subordination of Black women in America function in undermining health. Medical and public health research increasingly emphasize the role of racism, sexism, and other kinds of subordination in allostatic load, which is borne heavily by Black women, especially Black mothers. Many of the systems and encounters that lead to Black maternal stress can be reformed through law, policy, and system accountability. Ultimately, improving Black maternal health (and the health of other marginalized groups), requires redistribution of power, influence, and resources; Black mothers' voices must shape policy change. Most importantly, law, policy, and the systems they facilitate and shape must dignify, value, and cherish Black mothers and their children.