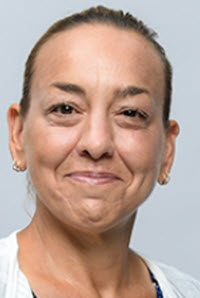 Civilizations have long wrestled with problems linked to the use of alcohol and other psychoactive substances, and have made all manner of efforts to control and restrict use of these drugs .... Various forms of prohibition, punishment, and condemnation, including death by stoning ... have been tried throughout history. Most recently, we have witnessed a “war on drugs.” Rarely have these efforts been informed by science or evaluated for efficacy.

Over the last 50 years, we've unfortunately seen the “War on Drugs” be used as an excuse to declare war on people of color, on poor Americans and so many other marginalized groups.

Imagine the following scenario. You are a thirty-year-old, Black, female Army veteran. While in the service, you were the victim of a horrific sexual assault and diagnosed with post-traumatic stress disorder (PTSD). Your military physician prescribes a low dose sedative “PRN” (“pro re nata” or take as needed) to mitigate your PTSD symptoms.

Several years later, you are diagnosed with a painful and debilitating inflammatory bowel disorder (IBD), which significantly diminishes your daily functioning without treatment. Your military physician prescribes you hydrocodone, which allows you to manage your IBD symptoms. As your condition deteriorates, you decide to retire from the military and seek treatment at a civilian clinic.

At first, your new physician continues your prescription drug treatment regimen. A few months later, however, that doctor informs you that (1) she is under U.S. Drug Enforcement Administration (DEA) investigation due to her state PDMP data, (2) you have been flagged by the PDMP "Prescription Drug Monitoring Program" as at risk for opioid misuse, and (3) she has no choice but to discontinue your medication. You try to no avail to find other prescribers, each of whom offers a different excuse for refusing to treat you. One insists that your pain is “all in your head” and recommends that you see a psychiatric specialist, while another contends that it is inappropriate to prescribe opioids to a patient “like you” who is susceptible to opioid misuse and diversion.

You lapse into opioid withdrawal and are riddled with severe IBD symptoms. Within a week of your medication discontinuation, you are bedridden, unable to work or take care of your family, severely depressed, and experiencing suicidal ideation. This Article exposes and critiques the laws and policies that collude to coerce this scenario; explains why they likely have a disparate impact on marginalized patient populations, including women, racial minorities, and socioeconomically deprived patients with complex, pain-related conditions; and identifies and examines a federal regulatory oversight framework that can mitigate such needless pain and suffering.

The American drug overdose crisis has instigated the rapid rise of patient, prescriber, and dispenser surveillance in the form of state PDMPs. They collect, maintain, and analyze troves of sensitive prescribing data. This Article is the second in a series that investigates PDMP health impacts on marginalized patient populations. The first argued that the Fourth Amendment may limit the U.S. Drug Enforcement Administration's otherwise unfettered access to state PDMP data by requiring law enforcement to procure a warrant to obtain patient prescribing information.

The little that can be gleaned about NarxCare's selection and valuation of patient “risk indicators” is troubling. The proxies that NarxCare algorithms utilize as risk indicators--such as a patient's criminal and sexual trauma history, number of prescribers, prescription payment method, and distance traveled for treatment--are problematic on their face and likely discriminate against marginalized patient populations, including individuals with complex chronic pain and opioid use disorder who live in poverty. Patients who are low income are more likely to be underinsured or uninsured and more commonly reside in healthcare treatment deserts. As a result, they often have no choice but to resort to behaviors the PDMP algorithms deem as “high risk”-- such as paying for prescriptions in cash and travelling long distances for prescribing and dispensing services--due to their socioeconomic status. PDMP risk proxies also appear to disparately impact racial minorities, who are more likely to have criminal histories and be uninsured than their White counterparts, and women, who are more likely to report and seek treatment for sexual trauma and live in poverty than male patients.

The NarxCare risk scoring platform neither measures patient outcomes nor has been externally validated. This is because PDMPs were not created by or for prescription drug prescribers or dispensers and were never intended to be used by clinicians to improve patient health. Instead, they were designed by and for law enforcement agencies--like the DEA--to enhance those agencies' ability to monitor and police the prescribing of certain classes of controlled substances.

PDMP predictive platforms deserve serious scrutiny because they are the only law enforcement-developed digital surveillance systems that health care providers have ever utilized to diagnose and treat patients. It is possible that providers rely on unvalidated PDMP risk scores to make prescribing decisions because they view those scores as clinically useful. That claim should be viewed with skepticism because there is no evidence that PDMP scores accurately ascertain patient drug misuse risk. It is also questionable whether clinical reliance on PDMP risk scores is truly voluntary, given that the regulatory environment leaves providers with little choice but to take seriously the information generated by proprietary PDMP algorithms.

Most states have enacted laws or regulations that require providers to review patient PDMP data before issuing prescriptions for PDMP-monitored drugs and mandate that dispensers report detailed prescribing data to PDMP prior to supplying those drugs to patients. In addition, law enforcement agencies like the DEA utilize PDMP data to surveil prescribers, dispensers, and patients and determine whether providers are prescribing or dispensing controlled substances to patients in a manner that warrants criminal investigation. Given the potential consequences of being deemed an overprescriber or overdispenser by the DEA, which range from criminal investigation to controlled substance licensure suspension and revocation to arrest and incarceration, it is fair to conclude that PDMP surveillance impacts prescribing and dispensing decisions.

This Article proceeds in six Parts. Part I chronicles the United States' turbulent history with opioids and pain management as well as its law enforcement-driven, supply-side response to the nation's drug overdose crisis. Part II details the implementation of PDMPs across the country as law enforcement surveillance tools that aim to root out opioid pill mills, doctor shopping, prescription drug fraud, and the diversion of controlled substances.

Part V argues that the U.S. Food and Drug Administration (FDA) has the legal authority to regulate PDMP risk scoring platforms as medical devices. The FDA has developed a framework for regulating software as a medical device (SaMD) but has failed to apply that framework to PDMP platforms. This Article concludes by arguing that the FDA should apply its SaMD framework to PDMP risk scoring platforms to determine their safety and effectiveness and, thereby, fulfill the agency's legal mandate to protect patients.

Congress has vested the FDA with the legal duty to regulate proprietary PDMP risk scoring software and the agency concedes that such oversight is a priority. The FDA also has adopted a framework to evaluate the safety and effectiveness of predictive diagnostic software. There is, therefore, no excuse for the agency to continue to sit on its hands and permit clinical reliance on unregulated and unverified PDMP risk scores to the potential detriment and needless suffering of countless marginalized patients.