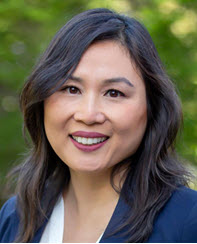 More than a year has passed since the murder of George Floyd and the massive protests that followed. The initial fervor of calls to change how our country polices has somewhat abated. Though legislatures have proposed--and some have passed--changes to police reform laws, jurisdictions are struggling to figure out how to address the problems of policing. The Senate has yet to vote on the George Floyd Justice in Policing Act passed by the House; the proposed law would make it easier to federally prosecute police cases, creates penalties for racial and religious profiling, and eliminate qualified immunity for law enforcement. Some municipalities have shifted city and local budgets away from police to mental health and crisis intervention. Calls continue for systemic change to policing at the federal, state, and local levels.

Police are the obvious subject of this heightened scrutiny and calls for reform and change. But the work of policing is not carried out by police alone. Encounters with police often involve more than the police officer and the individual citizen. Scholars have highlighted the ways that law enforcement work overlaps with school teachers and officials, welfare officers, social workers, probation officers, and medical professionals. Police investigative work is shared by these other institutions and institutional actors who interact with the same groups most vulnerable and susceptible to the harms of policing. These other institutional actors can act as the eyes and ears of police by reporting suspected crimes. They help police with searches and questioning. They provide police with information that later serves as the basis for subpoenas, warrants, and arrests.

Medical professionals stand out among these other actors for their unique expertise, relationship, and proximity to potential crimes and individuals involved in crimes. The racial reckoning that swept across the nation last year also touched medical organizations and medical professionals. Doctors, nurses, and other medical providers participated in the widespread protests after the killing of George Floyd. They gave accounts of witnessing police abusing their authority over patients. Last November, the American Medical Association passed a new position statement announcing police brutality as a public health concern and acknowledging the role medicine has played in perpetuating racial bias in medical treatment and other racial inequities in the medical profession.

Medical professionals become part of police investigations in more ways than as witnesses to overbroad policing. Medical professionals notify law enforcement of suspected crime and provide information to police obtained from patient conversations. They provide information gained from patient conversations to police. They direct police officers to patients for interrogation and may even verify and assure the police officers that the patients are able to answer questions. They conduct the procedures to obtain material, such as blood and other items from patients' bodies that serve as the basis for arrest and/or future criminal prosecution. When calls for change to policing funding and structures include shifting resources to care settings, the relationship between law enforcement and medical professionals must be fully accounted for and examined.

In this Article, I continue my study of the merging of two realms: policing and medical care. I previously focused on the criminal procedure implications of police presence in one particular healthcare setting, the emergency room. My critiques included the routine recognition by courts of the assistance medical professionals provide to law enforcement as lawful and laudable examples of good citizenship. Constitutional safeguards meant to protect individuals instead shield police and medical professionals from legal scrutiny. This Article hones in on the relationship between these two sets of professionals, and examines the policing implications from the medical professionals' perspective and the health laws, ethics, and professionals norms that apply to them.

This Article argues that the intertwined relationships between medical professionals and law enforcement are created by and deeply embedded in legal and regulatory regimes. A growing number of medical professionals are pushing back against this intertwined relationship between medical providers and police. Healthcare providers in San Francisco started a movement called #DPHMustDivest to remove the Sheriff's department from the city's clinic and public hospital. After yet another police killing at Harbor-UCLA Medical Center, health workers organized and spoke out against police presence in their hospital and have been a major voice in calling for the Los Angeles Board of Supervisors to change the county hospital's policies regarding law enforcement presence. But both efforts face obstacles in existing laws, regulations, and institutional practices.

The absence of sufficient countervailing legal authority makes it difficult for medical professionals to push back against overbroad police action. Medical professionals are bound by ethical obligations to care for patients. But these ethical guidelines are an insufficient counterweight to the existing laws and regulations. Consequently, well-meaning or well-intended medical professionals must rely on more diffuse and less robust ethics and norms as well as their relative lack of legal expertise or the direction of hospital administration. Medical professionals may also want to cooperate with law enforcement because of their alignment with certain public safety goals, political affiliations, and bias. And when the patients are economically or socially vulnerable, and therefore less likely to be able to vindicate their rights, there may be further incentives to give in to police presence or authority or to overlook overbroad police actions that harm patients.

Furthermore, the discretion accorded to both professions exacerbate the problem. Because medical professionals, like law enforcement, also exercise enormous discretion, their actions enable police to circumvent procedures they would otherwise normally need to follow. This combined discretion may lead to compounded abuse of discretion.

This Article highlights the aggregated effect on patients caught at the intersection of policing in healthcare settings who experience an amplified compounded bias by both police and medical providers. Looking at the combined actions of medical professionals and law enforcement allows us to see the full potential amplification of bias and punitiveness experienced by patients. This is especially cause for concern for low-income and racial minority groups already subject to heightened policing and stratified healthcare. Patients in these healthcare settings are subject to the decisions and scrutiny of these two professions--medical professionals and law enforcement--that have contributed to racial disparities and inequities in our society.

The Article contributes to growing literature on the ways the medical profession intersects with policing. It builds upon previous critiques of the ways the medical profession conflicts with certain law enforcement priorities from both the legal and medical perspectives. This Article connects that literature to scholarship on biases in policing practices and the biases of medical professionals, as well as the work of scholars examining the cumulative negative effect of policing and healthcare, especially as they affect vulnerable groups such as disabled people, veterans, Black mothers, and immigrants.

Medical professionals have become part of the fabric of policing, by statute, regulation, institutional practice, and court permission, in ways that are much broader and are in direct conflict with their obligations. Taking into account medical professionals and how they intersect with law enforcement is particularly vital not only because of their critical and unique role in healthcare and the medical profession's own role in racial and socio-economic inequities. As more cities and states look to other social welfare institutions like care settings to take over duties formerly conducted by police, it is also imperative to know and change the ways these institutions and their actors have adopted policing characteristics themselves. There is also more to be done by ethicists, scholars, and advocates, to fully unearth the relationship between two important professions and how their combined authority could exacerbate the harm on vulnerable, highly surveilled, and policed populations.

Finally, medical professionals are but one set of institutional actors who are involved in policing. This Article has set out a framework to think through how other non-law enforcement actors may have become deeply embedded into policing through legal and regulatory mechanisms, yet with little guidance or accountability. Understanding the full scope of legally sanctioned and accepted policing action by other actors in social welfare institutions must precede future efforts to change the way policing functions in our society.