At the Intersection of Race and Health: Racial disparities in the Maternal Healthcare System 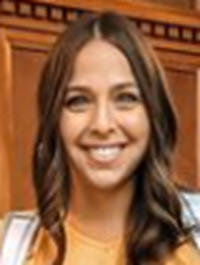 World-famous athlete Serena Williams depicted the delivery of her daughter as traumatic. Williams entered the hospital a healthy woman, but left changed and scarred from her experience. Her six days of uncertainty began with a pulmonary embolism, a condition where a blood clot blocks one or more arteries in the lungs. Williams has a medical history with pulmonary embolisms, so she did not wait a single second to alert her nursing staff to her shortness of breath. Her C-section stitches popped open due to the coughing--a result of the embolism--and this landed her back in the operating room to prevent the clots from traveling outside of her lungs. She was forced to spend the first six weeks of motherhood in bed, and she states that she feels lucky to be alive. She acknowledges that she had privileges that are not afforded to many people in the same situation; she had a committed team of doctors and nurses on demand with access to medical equipment which helped save her life. People in identical circumstances, who unfortunately lack access to adequate health care, often die as a result of these complications.

Unfortunately, the situation that Williams endured is not an isolated incident. Just one year before Serena Williams gave birth to her daughter, a woman named Kira Johnson gave birth to her second son at a world-renowned hospital in Los Angeles. After Kira gave birth to their son, Kira's husband, Charles, noticed that she was having a difficult time recovering and when he took a closer look, he noticed blood in her catheter. After bringing this to the nurses' attention, a CT scan was ordered to see what was happening inside Kira's body. They waited for hours while Kira's husband watched her health decline. The CT scan was never performed, and seven hours later the doctor administered an internal exam in hopes of identifying the new mother's complications. This was the last time Charles saw Kira alive.

Kira died from a postpartum hemorrhage, which is an excess of bleeding after giving birth. After the placenta is delivered, contractions typically put pressure on the bleeding vessels where the placenta was attached to stop the bleeding. However, if the uterus does not contract strongly enough or if pieces of the placenta stay attached, the blood vessels bleed freely and a woman can hemorrhage. The best way to treat postpartum hemorrhaging is to find the cause of the bleeding and stop it as soon as possible. Kira and Charles tried to get the help they needed quickly, but their repeated requests for help within those seven hours were never answered.

There is a huge disparity in the quality of healthcare that Black women receive compared to that of their white counterparts. According to the 2017 National Healthcare Quality and Disparities Report, Black patients received worse care than white patients on forty-three percent of quality measures. patients consistently had lower numbers in receiving quality measures, which include person-centered care, patient safety, healthy living, effective treatment, care coordination, and affordable care.

This comment will examine racialdisparities within prenatal and postnatal access to healthcare and offer solutions to foster equity within the system. First, this comment will examine how maternal mortality of Black women has become a critical concern and how the current systems in place perpetuate this social construct. This will be examined by looking at the history of maternal mortality among Black women nationally, as well as in Washington State, and by exploring the causes of these deaths. Second, this section will examine current law regarding multicultural health in Washington State and Medicaid for pregnant mothers and children after birth. Third, this comment proposes that Washington State implement three changes in an effort to reduce Black maternal mortality: (1) reevaluate and amend RCW 43.70.615 to require healthcare workers to take courses about bias in healthcare; (2) create new regulations that encompass social determinants of health to combat maternal mortality; and (3) extend Medicaid and Children's Health Insurance Policies for the first year of the child's life and into the fourth trimester, a term which indicates the period after giving birth.

Every woman has the right to safely bring a baby into this world. Yet Black women are dying every day from preventable healthcare mistakes made during childbirth. Despite governmental obligations to prevent maternal mortality, it has become one of the most underreported civil rights violations of our time. Women like Kira Johnson and millions of others are falling victim to the healthcare system in America, and their children are growing up without mothers because of it. It is clear that something needs to be done to combat maternal mortality, and it must be done now.

Washington has taken steps towards combatting maternal mortality, such as the enactment of RCW 43.70.615. The Washington State Legislature should take this statute one step further by amending it to require continuous education after becoming a healthcare provider. Requiring a specific number of hours to be dedicated to continued education will remind healthcare providers about implicit biases, help them find where their own bias lies, and can and will save the lives of women and their children in childbirth. Additionally, Washington has already implemented ACHs into its public health systems. However, the Washington DOH should increase funding to these sectors and add social determinants of health to the maternal health sector to increase maternal health in Washington and decrease maternal mortality.

Washington State must also expand Medicaid insurance coverage for the mother through the first year of the child's life. This period is when new mothers may develop mental health disorders, such as postpartum depression, which can be screened for during trips to the doctor after the child is born. Expanding Medicaid past sixty days after a child is born will save the lives of mothers and children who cannot afford private medical insurance. Research shows that Black patients have worse health outcomes on average than white patients, so we must work towards changing the way the system looks at Black people in the healthcare sector. These women do not deserve to die bringing a new child into this world, and these children do not deserve to grow up without a mother. It is time to put action behind our words and work towards equity within healthcare.