Access to a Doctor, Access to Justice? An Empirical Study on the Impact of Forensic Medical Examinations in Preventing Deportations 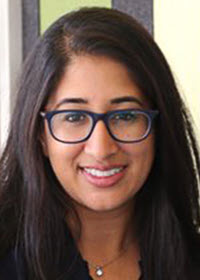 When Ms. G fled Honduras with her grandson and special-needs child, she left behind two decades of brutal domestic violence. Her common-law partner had physically and psychologically abused her, leading to lost pregnancies, broken limbs, trauma, and the eventual realization that she would have to leave her home country if she were to survive. When I first met her, she had been living in the United States for twenty years. Her physical scars had healed, and she was thriving and vibrant.

After undergoing a series of unfortunate events, administrative hurdles, and never-ending court backlogs, she finally had the chance to appear before a judge--nearly twenty years after she initially ran from the abuse--to ask for asylum in the United States. With no physical scars to show, we, her legal team, would have to prove that the harms Ms. G faced two decades prior amounted to “past persecution,” a legal term of art in asylum law. Ms. G displayed the resilience of a single mother who had raised children while undocumented and working multiple jobs, making it even harder to prove the extent of her past suffering.

Together, a group of lawyers, doctors, and law and medical students brainstormed how we could document our client's narrative without costly and time-consuming imaging to identify traumatic brain injury and healed limbs. The medical team suggested that a simple evaluation of Ms. G's scalp, where her abuser frequently hit her with blunt force, may still reflect decades-old scarring. In addition, Ms. G was able to receive a full psychological evaluation, where a medical evaluator was able to assess her anxiety, recurring nightmares, and disorientation to diagnose her with Post Traumatic Stress Disorder (“PTSD”).

The legal team used these forensic physical and psychological evaluations in her legal case in three primary ways: (i) to provide extra proof of her claims, (ii) to convince the judge that any inconsistencies in her story could be attributed to her psychological condition and not any intent to commit fraud, and (iii) to persuade the judge to grant her asylum in an act of administrative discretion. Although she has yet to be granted asylum, Ms. G's deportation has been halted for now because the legal team was able to rely on the medical evaluations of Ms. G and her children to persuade Immigration and Customs Enforcement (“ICE”) to stay deportation. For the moment, she remains united with her children and grandchildren.

Ms. G's story is one of dozens of positive outcomes that have stemmed from collaboration between the Immigrant and Non-Citizen Rights Clinic (“INRC”) and forensic medical evaluators from the City University of New York (“CUNY”) School of Medicine and other medical providers. This collaboration seeks to support INRC clients who are vulnerable to deportation, already in removal proceedings, or seeking benefits before United States Citizenship and Immigration Services (“USCIS”). Through this collaboration, law students and law school faculty work with their medical school counterparts in the initial stages of client representation to conduct forensic physical and psychological assessments that could benefit a client during their immigration representation. These evaluations have been used to advocate before immigration judges and USCIS adjudicators in a variety of cases outside of the asylum context, including asking for discretionary stays of removal, helping make competency assessments, determining whether “hardship” would exist in cancellation cases, and establishing the “substantial physical or emotional harm” sustained by immigrant crime victims who are applying for U-Visa relief. In short, whether it is measuring “hardship,” “substantial harm,” “persecution,” or painting a larger picture for adjudicators who often make discretionary decisions, the need for forensic medical expertise in immigrant defense has proven vital. Further, such a collaborative approach facilitates a holistic legal services model, which recognizes that many of our clients have interlacing challenges with policing, health, access to education, public benefits, housing, and much more.

Although we anecdotally found our partnership increased positive outcomes for our clients, we noted that the most recently published evaluation of the impact of medical evaluations on outcomes is based on seventeen-year-old data and limited to asylum proceedings. Lustig et al.'s study, which relied on PHR data from 2000 to 2004, found that 89% of cases in which asylum seekers received evaluations from healthcare providers resulted in asylum grants. In comparison, a national average of 37.5% of asylum seekers were granted asylum during Lustig et al.'s study period.

This Article discusses the findings of the PHR-CUNY Study, which rigorously updates and broadens the scope of the Lustig et al. study by reviewing the impact of forensic medical evaluations in over 2,500 cases that PHR initiated between 2008 and 2018. A joint project of the CUNY School of Law, CUNY School of Medicine, CUNY Graduate School of Public Health, and PHR, the PHR-CUNY Study takes a cross-disciplinary look at the impacts of forensic medical evaluations on immigration outcomes. The Study compared the “success rates” amongst immigrants receiving forensic medical evaluations to the average national asylum grant rate of immigrants appearing in administrative court and before USCIS. Further, the Study explored the impact of a number of independent factors, including whether gender, age, geography, country of origin, language, legal orientation, and a request for a physical or psychological evaluation.

Overall, 81.6% of individuals in the PHR-CUNY Study who received a forensic medical evaluation between 2008 to 2018 experienced a positive outcome in their immigration proceedings. In comparison, grant rates for those applying for asylum before USCIS or the Executive Office for Immigration Review (“EOIR”) during this period ranged from a low of 28% to a high of 55.6% depending on the year and the case posture. Even when compared to similarly situated immigrants who were represented by counsel and not detained, those who received a forensic medical evaluation fared significantly better. For example, when comparing EOIR asylum statistics to the PHR-CUNY Study, those within the Study who applied for asylum were denied only 6.9% of the time. Meanwhile, 44.1% of all represented asylum seekers appearing before EOIR were denied asylum during the same period. Further, in comparison to a 15.5% national positive grant rate for asylum seekers in detention appearing before EOIR, detained individuals in the PHR-CUNY Study were able to receive a positive outcome in 72.7% of cases. This analysis shows that though access to counsel and detention status are deeply intertwined with case outcomes, forensic medical evaluations are independently correlated with successful outcomes. If there is a strong correlation between forensic medical evaluations and positive immigration outcomes, should more immigrants have access to such evaluations?

Part I of this Article describes the various principles scaffolding the immigration system that those individuals in the PHR-CUNY Study are navigating. The findings of the Study are an important window into the effectiveness of one stated purpose guiding U.S. immigration policy: a desire to protect those who have been persecuted, have survived crimes, or may be deported to harmful conditions.

Part II outlines the various forms of relief that those in the PHR-CUNY Study applied for, highlighting how adjudicator decision-making in each of these areas is marred with inconsistency, which may be attributed to individual adjudicator preference and bias, as well as differences across immigration courts, adjudicating offices, and federal circuits. Thus, equal access to trained forensic medical evaluators could bring much-needed consistency into harm, credibility, and other assessments involved in granting humanitarian-based relief.

Part III focuses on the forensic medical evaluation itself, summarizing international human rights norms and protocols that govern the documentation of harms that those fleeing persecution have survived. This Part observes that despite a growing need for forensic evaluations for those seeking immigration relief, the sources of guidance, training, and best practices available to medical professionals providing such evaluations are limited and adjudicators and judges often misunderstand forensic evaluations.

Part IV offers a review of the PHR-CUNY Study findings and observes the impact of numerous independent factors such as country of origin, detention status, type of evaluation requested, language ability, and gender. Notably, those who submitted forensic physical evaluations to prove their physical harms saw a roughly 10% increase in successful outcomes in their immigration proceedings as compared to those who only submitted a forensic psychological evaluation in support of their application. Consequently, these findings show that physical harms may have been viewed as more persuasive than psychological harms to adjudicators assessing whether individuals qualified for immigration relief.

Part V provides context for the PHR-CUNY Study findings by comparing those in this Study to others similarly situated in terms of representation and detention status. This Part compares outcomes amongst those in the PHR-CUNY Study to average immigration outcomes, to reveal how those who received a PHR-facilitated evaluation were advantaged even when compared to others who are represented or not detained.

Part VI concludes with the policy implications of the PHR-CUNY Study's findings. Changes in law and policy have created stringent corroboration requirements for immigrants seeking relief, fueling an increased reliance on forensic medical evaluations to corroborate immigrant narratives, address inconsistencies, and persuade immigration adjudicators to exercise positive discretion in granting applications. On the one hand, when some immigrants have access to forensic medical evaluations to bolster and corroborate their claims, adjudicators may come to expect such evidence as a matter of course, normalizing reliance on external evidence that is difficult for most immigrants to access. On the other hand, increased exposure to trauma-informed assessments might help educate adjudicators and encourage trauma-informed approaches for all cases, even where such evaluations are not able to be submitted.

Whether it is measuring credibility, hardship, substantial harm, persecution, or painting a larger picture for adjudicators who often make discretionary decisions, the need for forensic medical expertise in immigrant defense have proven vital. Immigrants in the PHR-CUNY Study had positive outcomes at a significantly higher rate even when compared to other similarly situated immigrants who were represented by counsel and not detained. Although these results may be due to a mixture of factors related to the population who receive these evaluations alongside the evaluation itself, increased medical-legal collaborations in client representation have helped defense teams expand legal arguments and corroborate and develop client testimony. Importantly, such a collaborative approach facilitates a holistic legal services model, which recognizes that many in immigration proceedings face interlacing challenges of policing, access to health and education, public benefits, housing, and much more.

On the one hand, these findings indicate that forensic medical evaluators can powerfully influence judicial decision-making and help adjudicators and attorneys identify novel claims regarding hardship. In this manner, increased collaboration between medical providers and lawyers can lead to actionable strategies and strengthen critical legal arguments related to “persecution,” “hardship,” “discretion,” and “substantial harm” in immigrant defense. Increased access to forensic medical evaluations and their increased use in courts and USCIS offices could increase adjudicator awareness, lead to the development of favorable case law and policies, and draw attention to specific harms immigrants seeking humanitarian relief have survived. Such benefits expand beyond the individual receiving the evaluation alone and create a positive ripple effect for all pursuing immigration relief with a component of harm-assessment.

But the outsized impact of forensic medical evaluations also raises questions about whether adjudicators are holding immigrants to unrealistic evidentiary standards, constructively creating norms which require immigrants with temporary or no immigration status to gain access to health professionals with the requisite training, competencies, and capacity to evaluate them. Thus, even where immigrants may be able to corroborate their psychological and physical injuries with a medical affidavit, many lack access to a health professional who can identify, much less document, these injuries for an immigration adjudicator. To the extent such evaluations may be essential to the successful outcome of the legal case, lack of access to a medical professional may translate into lack of access to justice.

Associate Professor of Law and Co-Director of the Immigrant & Non-Citizen Rights Clinic at the City University of New York (CUNY) School of Law.