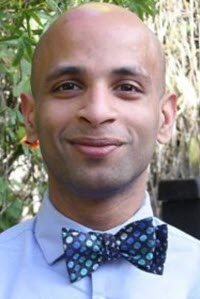 The law deploys medicine across a range of institutions and a multitude of contexts to determine how society distributes burdens and benefits. Welfare and social security claims routinely turn on medical criteria. Disability discrimination claims in employment, public accommodation, and other contexts similarly must adduce medical evidence. And of course most prominently, medical frameworks form a cornerstone of healthcare--from healthcare delivery to medical research. In these contexts in which law invokes medicine (especially in healthcare), scholars of racial justice have debated how these medical frameworks construct and engage Black Americans. Some are skeptical of the promise medicine offers; others appear more optimistic. This yields the question: How should we conceptualize this relationship?

This Piece argues that the best conceptualization of medicine in relation to race is that of the “double-bind.” Failing to invoke medicine or to comply with medical norms harms Black Americans in many ways because it bars access to important, often lifesaving medical resources. On the other hand, invoking medicine and complying with medical norms also creates harm, as it can implicate historically discriminatory tropes regarding the physical and medical inferiority of Black people; expressing medical vulnerability may reinforce these narratives. This double-bind appears in numerous contexts and institutions where medical frames are used to distribute burdens and benefits. As a double-bind, both invoking and failing to invoke medicine can be coopted--systematically or at the individual level, deliberately or unconsciously--in ways that continue to oppress Black Americans.

The purpose of this Piece is simply to offer a framework for thinking about this double-bind, rather than to offer solutions. Recognizing the double-bind as a discursive framework designed to oppress is, in itself valuable, as it draws attention not simply to the costs and benefits of using medicine in a certain context, but also to its discursive possibilities. The tradition of double-bind scholarship recognizes that rather than static costs and benefits, each perspective in a debate can be coopted, recoopted, and leveraged by myriad groups in strategic ways to produce desired outcomes. The outcomes of such strategic maneuvering will be different in different contexts and must be analyzed in their own right. But rather than close off the invocation of medical frameworks, it is important to consider how medical frames can be strategically leveraged to produce change (a discussion that I reserve for future work).

The double-bind conceptualization offered in this Piece proceeds in three parts. Part I explains the dilemma facing the scholarship on race and medicine. On one hand, some scholars argue for more fully recognizing the medical needs of Black Americans and forcefully articulating the medical harm they face from exclusion. On the other hand, other scholars fear the overmedicalization of Black individuals. When science does seek to remedy Black exclusion, it tends to shift focus away from structural harms to biological attributes, which, in turn, creates the danger of reanimating old and problematic chestnuts regarding biological differences between races. Thus, these scholars advocate against using medical narratives to conceptualize the issues that minorities face whenever possible. I believe that both sets of scholars are correct in identifying the respective benefits and burdens of medicine, despite how contradictory their positions may seem.

Part II offers the construct of double-binds to conceptualize this dynamic where a particular institutional discourse can create contradictory outcomes for vulnerable groups. Scholars have used the term “double-bind” to present such contradictions in various ways. Some scholars have used the term to denote simple dilemmas where a vulnerable group must choose between one of two courses of action (e.g., should one use or not use medical discourse). In more complex scenarios, there is no real choice: The “double-bind” means that no matter how a group presents its identity, the institutional discourse in question stigmatizes the group. Scholars of antidiscrimination law have raised the concept of the double-bind in numerous contexts, including those involving race discrimination. Part III then explains how medicine creates a double-bind for race in each of the ways that Part II documents.

This Piece addresses three audiences. First, it speaks to lay observers who might be puzzled by the seeming contradictions in racial justice movements. As we are repeatedly told, racial minorities, in particular, Black Americans, are neglected by medicine. At the same time, we are told that Black Americans mistrust medicine. The double-bind helps explain these contradictory impulses. Second, it speaks to insiders--scholars of racial justice who might embrace either the medicalization or anti-medicalization position. The answer is that both sides are correct because of the unique operation of double-binds. And third, it speaks to scholars of antidiscrimination law more generally. Some scholars have suggested that double-binds operate less prominently in the context of race compared to sex. This Piece shows why that claim does not stand in the medical context.

Recognizing that medicine creates a double-bind for race means that the solution lies neither in eschewing nor in embracing medicine as it currently stands. Rather, it requires us to change medical discourse itself to create a space for racial equity. Future work explores a blueprint for that project.

First, the key understanding of the double-bind is that it can never be escaped. I do not believe that rejection of or skepticism toward medical discourse and framing that some scholars evince will solve the problem. Indeed, in some ways it might intensify the problem for precisely the reasons I believe underlie NAACP support for BiDil--eschewing medicine might mean that medical institutions fail to engage with the problems of Black Americans. Further, given how integral a part medical and health framing is to the development of consciousness, activism, and policy--as the racism-as-virus narratives suggest--abandoning medical framing can only be harmful. It will render medicine a tool only for those who are not focused (and perhaps opposed) to improving the plight of Black Americans.

Even so, we cannot apply medicine as-is to the situations that Black Americans face. To be clear, I do not believe that that is what scholars of racial and social justice who seek to engage medicine believe we should do. Indeed, the forceful focus on social determinants of health and changes to medical education, among other policy recommendations, show that they seek to change medicine in foundational ways. These are important interventions, but medical language and concepts should adopt clearer, more targeted changes when it comes to race and oppression more generally to address the double-binds that medicine creates.

The purpose of this Piece has been to argue that we do not need to choose sides in the medicalization debates in racial justice scholarship. Both sides get it a little right. And while that ambivalence seems strange given that the positions seem so divergent, I offer the double-bind framework to allow us to make space for these opposing views in a conceptually stable way. This also shows that there is space for traditional double-bind theory in the way we think of race.

The solution then is not to choose one side over the other but to disrupt the system and discourse that create the double-bind. At base, that strategy involves activism and advocacy within medicine. Rather than taking medicine as is, the racial justice movement must speak to medicine from within its institutions and medical contexts. That engagement should not only involve error correction--for example, teaching doctors that certain ideas that they have are incorrect and eliminating racist views among medical practitioners, though that is a necessary component of the project. Rather, it requires transforming medicine into a space of social justice that places a greater premium on the dignity and autonomy of discriminated-against groups and recognizes how bodies, minds, and health are harmed by the injustices that individuals face both inside and outside of medical contexts. Such an approach takes lessons from both sets of scholars--it engages with medicine and its institutions. At the same time, the vision of medicine with which it engages seeks to disrupt the traditional medical discourses that create the double-bind. Explaining how to imbue such narratives within medicine remains the task of future work.

Professor of Law, University of Virginia School of Law.