On a Scale from 1 to 1557, How Much Justice Is Too Much Justice for Healthcare Entities Evading Disparate Impact Accountability?

Excerpted From: Vanessa Giunta, On a Scale from 1 to 1557, How Much Justice Is Too Much Justice for Healthcare Entities Evading Disparate Impact Accountability?, 39 Hofstra Labor and Employment Law Journal 505 (Spring, 2022) (301 Footnotes) (Full Document) 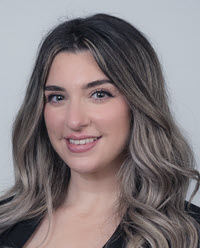 President Obama signed the Patient Protection and Affordable Care Act (hereinafter “ACA” or “Act”) into law on March 23, 2010. Section 1557 created new civil rights protections specifically in the healthcare context based on existing civil rights statutes. That section was based on Title VI of the Civil Rights Act of 1964, Title IX of the Education Amendments of 1972, Section 504 of the Rehabilitation Act of 1973, and the Age Discrimination Act of 1975. As the anti-discrimination arm of the Act, Section 1557 targets discrimination in health care based on race, color, national origin, sex, age, and disability specifically within federally-subsidized health programs. This includes certain employee health benefit plans, as well as healthcare entities, including the vast majority of healthcare employers. The protections extend to any health program or activity administered by or receiving funding from the Department of Health and Human Services (hereinafter “HHS”), as well as Health Insurance Marketplaces and all plans offered by issuers that participate in those Marketplaces. The Office for Civil Rights has been tasked with enforcing the provision since its enactment. In the Act's 906 pages, Section 1557 Nondiscrimination is only three subsections long, spanning just about half of one page in total. Despite its succinct nature, 1557 has been at the heart of circuit splits, current litigation from attorney generals and civil rights groups, and subject to two different Rules from HHS interpreting its scope, definition, and purpose.

Twenty-three years before Section 1557 broke new ground in civil rights law, Justice Brennan wrote his famous dissent to the Supreme Court's decision in McCleskey v. Kemp. That case decided that a prisoner on death row could not use statistical evidence of racial bias to challenge racial discrimination in the criminal justice system and his death sentence. In leaving open and untouched any “serious question” of principles underlying our justice system, the Court suffered from a “fear of too much justice,” in Justice Brennan's view. With this sentiment in mind, this note will examine Section 1557's potential as a tool for health justice, accountability, and compliance, as well as the need for either interpreting or explicitly including a private right of action based on disparate impact in health care, and discuss the Section's statutory underpinning. It will also examine the Court's recent interpretation of sex discrimination under Title VII employment discrimination claims, specifically within the context of intersectional healthcare claims. Finally, this note will argue that Section 1557 can potentially affect systemic change involving healthcare entities and employee health benefits if protected from capricious interpretation by various incoming administrations. A major part of that discussion will be centered on HHS's 2020 New Rule which found no private right of action to exist for disparate impact claims under the Section.

It is well established that disparities exist in terms of health care access, especially when our healthcare system is closely tied to access through employment or citizenship, among other factors. However, when controlling for these factors and looking at similar levels of sociodemographic issues, racial and ethnic minority groups still experience disparate rates of health services over white counterparts. The United States' healthcare system plays a role in the loss of more than 83,000 Black and Brown lives each year as a consequence of healthcare disparities. Fifty-six years ago Title VI of the Civil Rights Act of 1964 was passed, “prohibit[ing] discrimination on the basis of race, color, or national origin in any program or activity that receives federal funds or other federal financial assistance.” Yet, existing evidence shows that minority patients consistently receive inferior medical treatment compared to white patients, tend to be sicker, and suffer relatively worse outcomes for a wide range of illnesses. “Health disparities have an adverse impact on groups of people who experience significant and systemic obstacles to accessing healthcare services on the basis of their race/ethnicity, gender, age, socioeconomic status, sexual orientation, disability status, or other dimensions that are often linked to discrimination.”

Compounding the effects of intentional, overt displays of discrimination, perceptions of discrimination in health care can have damaging effects and are associated with “negative mental and physical health outcomes,” inhibited engagement with the system, and delays or noncompliance with medical care and follow-up. Part of this perceptional feedback cycle can be attributed to implicit biases between medical personnel and patients and though distinguishable from overt forms of discrimination, implicit biases still contribute to significant health care inequities and disparities nonetheless. The issues of facially neutral but implicitly biased interactions and policymaking resulting in discriminatory outcomes is correlated with, as just one example, a lack of healthcare workforce diversity, resulting in “structural policies, procedures, and delivery systems inappropriately designed or poorly suited to service diverse patient populations.”

In 2016, under the Obama Administration, HHS's OCR released its interpretation (hereinafter “2016 Rule 3” or “Old Rule”) of “sex discrimination” and answered public comments regarding a private right of action for disparate impact claims under Section 1557. Sex discrimination, under the previous HHS definition of 1557's Title IX-based language “on the basis of sex” included, but was not limited to, the “well-accepted interpretation” of sex stereotyping and gender identity. HHS announced that the Office of Civil Rights felt it was unnecessary at the time to explicitly include the term “transgender” in its definition because it was, in 2016, operating under the pretense to encompass this basis in a broad definition of protected “gender identity” inclusive of transgender status.

The Old Rule's extension of the definition of sex discrimination protection under 1557 is particularly important when 70 percent of transgender and gender non-conforming people reported healthcare provider discrimination and 27 percent of transgender people reported denial of necessary care because of their gender identity. What is more, when accounting for multiplying marginalizing oppressions in the United States, using the intersectionality lens coined by Kimberlé Crenshaw, “the intersectional experience is greater than the sum of the different types of discrimination.” An example of this can be found in studies focused on identifying barriers to health care, where people of color were more likely than white counterparts to be concerned about obtaining necessary healthcare because of sexual orientation, gender identity, or HIV status. These fears of discrimination are not at all unfounded, as “LGBT people of color have unique experiences that may not be best addressed by policies and programs designed with the incorrect assumption that all LGBT people are white. Similarly, programs designed for heterosexual people of color may not meet the needs of LGBT people of color.” Further still, this country has never seen a time in its history where the health of Black people equaled that of white people, such that “[d]isparity is built into the system,” and although legislative efforts, including the ACA have contributed to narrowing the gap in these disparities, “no federal health policy yet has eradicated them.”

With Section 1557, the ACA tackled these problems by aiming to expand insurance coverage outside of previously existing models of employer, age, income, or disability-based coverage, while also accounting for statistically significant discrimination at play when adjusting for similar coverage, need, and access to care. For transgender and gender non-conforming people, Section 1557 not only protects against discriminatory health treatment but in terms of health coverage “mak[es] it clear that most insurers cannot deny or limit coverage because a treatment is related to an individual's gender transition,” including blanket exclusions, denial or limitation of services, or “refusal to cover treatment that is typically associated with one particular gender.” This note will argue that Section 1557 should be interpreted to align with the Supreme Court's Title VII sex discrimination holding in Bostock v. Clayton County to include LGBTQ status; that a private right of action based on disparate impact is implied to address intersectional statuses and should be explicitly included within the Section; and that such a right carries the potential to significantly impact health disparities through employee benefits and healthcare entity actions via disparate impact liability.

Rather than leaving rulemaking interpretations to any administration's OCR, Congress should pass legislation to amend Section 1557 to explicitly include a private right of action based on disparate impact for each protected class as a healthcare-specific antidiscrimination right. Additionally, Congress should pass legislation to explicitly define sex discrimination to include the new Title VII scope for LGBTQ status in line with the Bostock decision. It is also imperative that legislation clearly define and expand on which entities, employers, and employee benefits are covered in order to truly reach as many facets of the healthcare landscape as possible. However, if this is not accomplished, the Supreme Court should resolve the question by finding that Congress intended to include a novel right in the healthcare context and should find that Bostock's holding extends to Title IX's scope as well.

Vanessa Giunta received her J.D. from the Maurice A. Deane School of Law at Hofstra University in May 2022. She is an Articles Editor for the Hofstra labor & Employment Law Journal.