The State Giveth and Taketh Away: Race, Class, and Urban Hospital Closings 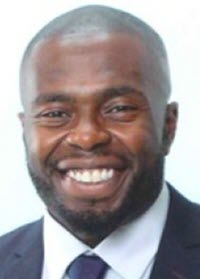 The goal of this symposium is to investigate, expand, and challenge two core ideas in Bernadette Atuahene's remarkable book We Want What's Ours: Learning from South Africa's Land Restitution Program. The concepts--dignity takings and dignity restoration--expand the boundaries of socio-legal inquiry as it relates to property loss and attendant remedies. Individuals across the scholarly and thematic spectrum have picked up the baton from Professor Atuahene and are applying these ideas in areas as diverse as slavery, education, punishment, and tax foreclosure.

My modest contribution to this mélange of topics focuses on a part of the American economy that consumes 17.8 percent of our nation's Gross Domestic Product: health care and health administration. I am specifically interested in the trend of urban hospital closings in low-income neighborhoods. This essay examines how Atuahene's framework illuminates new and productive ways of thinking about the trend of urban hospital closings; at the same time, I show how her model is not the snuggest fit for thinking about the shuttering of these institutions. By doing the latter, I demonstrate how hospital closings help enrich and supplement her concepts by exploring the trajectory of Martin Luther King, Jr. Community Hospital, an institution that serves South Los Angeles, California.

The hospital and its educational affiliate Charles R. Drew University of Medicine and Science--colloquially known together as King/Drew Medical Center ("KDMC") in the early 1970s. Local and state government believed that the institution would meet the health care needs of this majority black section of Los Angeles, as well as provide jobs for pink, blue, and white-collar workers. KDMC ebbed and flowed with the nation's rapidly changing health care landscape in the last quarter of the twentieth century--a time where poverty and legislation put new pressures and responsibilities on public hospitals. But during this period, the problems of crack cocaine, gun violence, and sexually-transmitted diseases impacted the health of public hospitals in big cities across the country. At the turn of the century, when the government and the public were increasingly looking askance at certain parts of the welfare state and public financing of health care, safety-net hospitals received more scrutiny. In 2004, the Los Angeles Times produced an award-winning series of reports on KDMC's shortcomings; a high profile instance of medical malpractice, which led to a woman's death and was captured on camera, caused the federal government to monitor the hospital and subsequently close it in 2007. In 2015, the hospital opened as a smaller outfit in the post-Affordable Care Act environment.

KDMC's opening as an institution designed to meet the needs of a specific demographic group, its closing, and reopening provide the perfect context to explore and reimagine the concepts of dignity takings and dignity restoration.

Part II focuses on the 1940s through the 1960s and discusses the circumstances that led to the creation of KDMC. It weaves this context with early legislative and judicial developments that arguably helped South Los Angeles residents develop a property interest in KDMC.

Part III's examination of the 1970s to the turn of the twenty-first century continues the discussion on legislative developments and ties them to KDMC's existence during this period. This part connects the institution's 2007 shuttering to Atuahene's understanding of takings and dignity takings.

Part IV puts Professor Atuahene's concept of dignity restoration in conversation with the hospital's reopening in 2015.