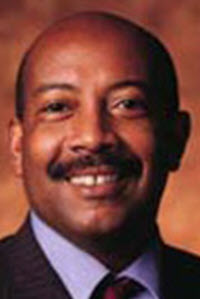 Racial profiling is a problem in the United States, and much has been written about the race-based, temporary detention of minorities. Stories and incidents of Black and Latino men being stopped while driving or walking in White neighborhoods because of skin color are so routine that they are no longer news. In fact, the practice of racial profiling is more commonplace than we may realize. This Article suggests that race-based profiling exists in health care and influences providers' clinical judgment.

Researchers increasingly recognize that something has gone terribly wrong in the medical treatment of minority patients. Study after study reveals dramatic disparities in treatment decisions, and recent work confirms that these disparities cannot be explained away by benign factors like economic status, health insurance status, or condition upon presentation.

Ending treatment disparities between Blacks and Whites requires, as a first step, that we understand how those disparities arise. Unfortunately, the health care literature offers no satisfactory explanation. Efforts to understand the reasons for these disparities have focused on psychological, social, and cultural influences such as unspecified patient preferences, overuse of medical treatment by Whites, and unconscious racism. All of these supposed explanations fall short of accounting for the disparities we observe. This Article proposes to fill this gap in the legal and medical literature by offering a more complete theoretical explanation of observed medical treatment disparities--one that yields a variety of specific policy recommendations. The main thesis is that medicine attaches characteristics to particular racial and ethnic groups, and physicians, for a variety of reasons, resort to these profiles in making individual treatment decisions. For example, African American patients are understood to be less likely to survive invasive medical procedures, more likely to possess more virulent tumors, and less likely to respond to the standard course of treatment, because of presumed biological differences. From a cultural perspective, African American patients are understood to be less likely to adhere to risky and costly courses of treatment, and less likely to understand their medical condition. To the extent that these profiles influence diagnostic impressions and treatment recommendations, racial disparities in clinical judgment ensue.

The biomedical professions are largely responsible for creating, reproducing, and legitimating these race-based expectations. Within the disciplines of science and medicine, biomedical researchers continue the historical practice of attempting to attribute health differences to race-based biological and cultural differences between Black and White patients. Whether their motives are to reverse the health disadvantages of ethnic minority groups or curiosity about racial and ethnic differences, this race-based research has not discovered the causes and processes of diseases. Instead, race-based research into health differences may paradoxically help to support institutionalized expectations and suspicions within the medical community that unwittingly produce the disparities in treatment that most researchers rightly decry.

This Article links unscientific, race-based medical research to a broader, institutionalized pattern of racial profiling of Blacks in clinical decision-making. Far from providing a solution to the problem of racial health disparities, this Article shows that race-based health research fuels a collection of dubious background assumptions, creates a negative profile of Black patients, and reinforces taken-for-granted knowledge that leads to inferior medical treatment. This form of racial profiling is unjust, and also causes countless unnecessary deaths in the Black population.

This Article is divided into VI sections. Part I provides the most recent evidence that similarly situated Black patients receive different and inferior medical treatment. Part II examines potentially benign explanations for this evidence, and finds them insufficient to account for the existence of racial disparities in medical treatment across numerous medical diagnostic categories and health care settings.

In Part IV, the Article examines the institution of racialized research. As a preliminary matter, it demonstrates that the institution originated within a specific, historical ideology of White supremacy. Second, it suggests that the institution has become self-perpetuating even though the original intent has been lost or forgotten. Third, it suggests that the use of race as a scientific variable constructs Black patients as deviant in relation to the White norm. Finally, it shows how biomedical incentives and norms help to lock-in these understandings, and reinforce the practice of looking for racial differences to explain health differences.

Part V situates these background understandings within the context of clinical decision-making and suggests that physicians rely on them in deciding whether and how to treat a patient of color. Part VI presents a proposal for reinvigorating Title VI enforcement in the area of health care that can potentially eliminate racial profiling in health care.

The remedy this Article suggests is to require each health care entity that receives federal funds to collect and report data on racial disparities in the use of services, as well as the choices of diagnostic and therapeutic alternatives. Existing “report cards” offer a well-established system for data collection; all that is needed is to stratify the reporting by race. This proposal has the obvious advantage of withholding federal funds from institutions that have statistically significant racial disparities. Equally important, it would force institutions to think about race, racial profiling, and medical treatment disparities. Statistics are increasingly being collected to combat racial profiling in criminal law enforcement, and should also be used to combat profiling in health care. It should be emphasized here that my focus in this Article is on racial disparities in medical treatment--the differences in services that clinically similarly situated White and Black patients receive when seeking medical care. While racial disparities in health status are also influenced by factors other than racial disparities in medical treatment, those treatment disparities that we observe directly implicate issues of racial justice and civil rights and therefore merit their own robust legal and policy response.

This Article suggests that medicine is not immune from the injustice of racial profiling. The lives of patients of color are devalued by race-based expectations that arise from the findings and conclusions of flawed racialized research. To the extent that medical judgment is informed by racial categorizations, it is bound to yield racially disparate results.

Three conclusions result from this study. First, medicine needs to rethink research. The publication of the first draft of the human genome project should force an end to research that is arbitrarily based on race. Second, medicine needs to rethink treatment. Education is essential and should emphasize both the fallacy of using race as a scientific concept and the inherent dangers in practicing race-based medicine. Third, society needs to rethink discrimination. By requiring providers who receive federal funds to report data on medical treatment by race and ethnicity, we can identify the extent of the problem, rectify treatment disparities, and, more fundamentally, begin a much-needed dialogue about the meaning of race in medicine.