Health Disparities, Health Care Reform, Morality, and the Law: “Keep Your Government Hands off My Medicare” 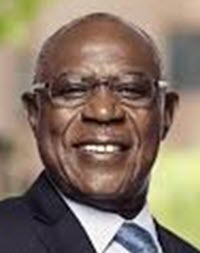 In January of 1939, President Franklin D. Roosevelt addressed Congress on the need to develop a national health care program, asserting:

The average level of health or the average cost of sickness has little meaning for those who now must meet personal catastrophes. To know that a stream is four feet deep on the average is of little help to those who drown in the places where it is ten feet deep. The recommendations of the committee offer a program to bridge that stream by reducing the risks of needless suffering and death, and of costs and dependency, that now overwhelm millions of individual families and sap the resources of the Nation.

Seventy years later, the problem of health disparities continues to plague the United States. The passage of the Health Insurance for the Aged Act, which created Medicare to provide health care insurance for senior citizens and Medicaid to cover the poor who are disabled or have young children, has increased access to health care for some segments of the population. However, millions of citizens and residents of the country continue to suffer from lack of access to health care, relying on hospital emergency rooms as a last--or in some instances the first--resort for health care.

President Barack Obama declared at the outset of his administration in January 2009 that health care reform was at the top of his domestic agenda. He aimed to persuade Congress to enact a major reform statute before the end of the year. Enjoying the potential support of a clear majority of Democrats in both the House of Representatives and the Senate, he challenged members of Congress to roll up their sleeves and get the job done.

The year ended with two different bills adopted by the Senate and the House of Representatives but no newly enacted statute. The debate about the wisdom of wholesale reform of the health care system continued into 2010. In January of 2010, a potentially disastrous bombshell exploded in the form of the election of a Republican senator to fill the vacant senatorial seat in Massachusetts that had been filled for four decades by the late Senator Edward Kennedy. The special election deprived the Democratic Party of the sixtieth vote and a filibuster-proof supermajority in the Senate, and caused both the President and Congress to go back to the drawing boards on health care reform.

The Democratic Party's loss of the Massachusetts senate seat caused both emotional and political harm to proponents of health reform. Emotionally, reformers had to absorb the unthinkable loss of a seat that belonged to an icon who had advocated universal health care since 1970. Practically, the loss meant that the Democrats could not stop the Republicans from filibustering the proposed heath care reform statute. In the face of this emotional and political defeat, the Democrats adopted a strategy of passing the statute through a process known as reconciliation, which enabled the passage of a bill previously approved by both the Senate and the House of Representatives with a majority vote in each body, instead of a filibuster-proof sixty vote supermajority in the Senate. To hold together the majority vote, President Obama and the Democratic leadership in Congress swung into action, making adjustments in the bill to satisfy a wide variety of interest groups. In the end the Democrats succeeded in passing the Patient Protection and Affordable Care Act, the first major health care reform bill in the United States in fifty years, precipitating jubilant celebration from many supporters of reform and bitter protest from opponents of health care reform. The responses to the passage of the health reform statute revealed even deeper divisions among politicians and citizens than had surfaced during the year-long debate, as reflected in threatening words and rude conduct on the part of opponents of the bill. An examination of a nation's health care system exposes its values and its soul. An honest assessment requires that the investigator shine a light in dark places in the United States; the light reveals humans suffering physically and economically, with medical bankruptcies constituting 46.2% of all bankruptcies. A threshold issue is whether the majority of members living in a democratic and capitalist country are willing to make the personal economic sacrifices necessary to guarantee a minimum level of health and health care to all members of the community. As Judge Calabresi has observed, the private market often hides individual tragedies or at least confines their appearance to spaces that allow private citizens to avoid feeling responsible for their existence, while the political process exposes the tragedies in a way that makes them difficult to ignore. When an individual tragedy catches media attention--for example, a person dies from cancer because the insurance company denies coverage--we respond with help or at least moral outrage, declaring that each life is priceless. However, if someone proposes universal access to health care so that no one delays getting an examination that could detect the cancer at an early stage, many Americans vote against it. They reject universal access that may provide preventive care and choose instead to rely on a law that demands that hospitals provide universal access through their emergency rooms, shifting the cost to hospitals and keeping stories of people who die from lack of access to care out of public view. Studies of the American health system in comparison to the health systems of other developed nations consistently find the American system near the bottom in terms of cost and effectiveness. Yet, Americans--at least those who seek to make a rational decision-- must be defending the present system on the basis of a political, social, or moral philosophy. If that is the basis of the defense of the existing system, proponents of health care reform must engage in the debate on the basis of political, social, and moral values. Focusing the debate primarily on costs, without a link to other values, leads inevitably to confusion or a sense of helplessness.

The present Essay highlights the basic issues of social justice and morality at stake as we respond to health care reform proposals that are likely to either reduce or exacerbate existing health disparities among various groups in our communities. The critical value at stake is basic human dignity, and the question is whether we are prepared to protect and promote that value on a basis of equality and affordability. Human dignity is jeopardized by any system that produces a gross disparity in the distribution of a good essential to human survival.

Large numbers of community members suffer the consequences of inadequate health care access and poor health status. People of color represent a disproportionate number of those at the bottom of the health pool. We can regard this as one of the inherent costs of modern capitalism and ignore it until a social or economic explosion demands that we pay attention. Alternatively, we can join the rest of the economically developed nations in the world who view the promotion and protection of the health of community members as a critical responsibility of the government. If we declare that access to health care is a human right in America, we will undertake the challenge of reforming our health care system to harmonize with our values.