Can You Hear Me?: How Implicit Bias Creates a Disparate Impact in Maternal Healthcare for Black Women 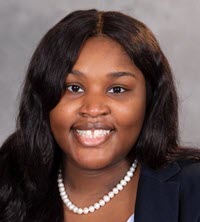 In 2000, my mother--a Medicaid recipient--was pregnant with my younger brother. She continued to work during her pregnancy because she already had two children at home, and she could not afford to not work. Throughout her pregnancy, she had the distinct feeling that something was wrong with her baby and expressed this fear to her physicians, but to no avail. Although the doctors were unable to point to a medical reason for this feeling, she knew that this pregnancy was significantly different from her two previous pregnancies. On February 21, 2001, my brother was born, and to everyone's surprise, including the doctors', he was blue. He was diagnosed with a heart condition, Tetralogy of Fallot, which causes oxygen-poor blood to flow through his body. He was immediately rushed into open heart surgery.

At only one day old, my brother underwent a major surgical procedure, and he later underwent four major surgeries in just the first nineteen years of life. His birth defect was most likely caused by a viral illness my mother contracted during her pregnancy that she was neither tested nor treated for. Despite repeatedly voicing her concerns, the doctors never listened. If the doctors had taken her concerns seriously, they may have performed more tests and caught the abnormality sooner. This is not an uncommon story for mothers of color. Fortunately, my mother's story had a happy ending--my brother is a sophomore in college who is active in multiple sports. However, the stories of many Black women do not always end as happily as my mother's.

For the past few years, Black women have vocalized the subpar quality of reproductive healthcare they receive. During a 2019 Democratic Primary Debate, candidates Elizabeth Warren and Amy Klobuchar addressed the sharp divide of pregnancy complications experienced by Black women versus white women. According to the Centers for Disease Control and Prevention, Black women “are over three times more likely to die from pregnancy or childbirth-related causes” when compared to other groups. For every 100,000 births, Black women account for 43.5 deaths. This leaves many people wondering: Why are Black women dying from childbirth? “The most common causes of maternal death in all women are cardiac events, drug overdoses, hypertension, eclampsia, and hemorrhaging.” Some Black women have pre-pregnancy obesity, high blood pressure, or diabetes which may cause them to suffer from pregnancy complications more frequently. But, this does not account for all Black women. The underlying medical issues that Black women experience are attributable to the “systematic racial bias and institutionalized racism structures” experienced daily by Black women.

Black women dying during childbirth has also transcended class distinctions. In 2018, professional tennis champion Serena Williams highlighted her own near-death experience from childbirth. After giving birth to her daughter via cesarean section, she almost died after developing a pulmonary embolism. Representative Shawn Thierry from Texas is another prominent woman of color who almost lost her life during childbirth. Regardless of their prior medical history or wealth, Black women share a similar sentiment--doctors not listening. Both Mrs. Williams and Representative Thierry expressed their concerns to their physicians. Mrs. Williams' sentiments were ignored for hours. Doctors opined that her “pain medication must be making her confused.” Although Representative Thierry's physicians were able to quickly fix her problem, she recognizes the racial disparities in the quality of healthcare offered to birthing mothers. The problem may stem from the predominantly male profession's inability or unwillingness to listen to the needs of women, or their failure to understand the Black, female body. Perhaps the disparity is perpetuated by the fact that nearly 49% of Black women are either uninsured or have Medicaid. Or, as this Comment will explore in more depth, physicians' implicit biases interfere with their care of Black women, resulting in higher fatality rates.

Title VI of the Civil Rights Act of 1964 prohibits federally funded programs from discriminating on the basis of race. Even without evidence of overt invidious discrimination, a plaintiff can plead a disparate impact theory of discrimination under Title VI. Disparate impact is a legal theory that facially neutral practices nevertheless cause discriminatory effects against a protected class.

Using Title VI's disparate impact framework, this Comment argues that the inadequate healthcare provided to Black women during their pregnancies is the direct result of the implicit biases of their physicians--a reality that must be addressed expeditiously. Part I analyzes the history of Black women's healthcare and how it impacts the current treatment of Black women. Part II shows how physicians' implicit biases cause this impact and uses jurisprudential theories to analyze how those biases have shaped the reasonable standard of medical care. Part III explains how such biases inherently make medical malpractice and wrongful death suits insufficient legal remedies for Black women who suffer from discriminatory healthcare practices. Part IV concludes with a discussion of possible professional, political, and alternative legal remedies to cure this unexamined issue.

Despite the advancement of medicine, Black mothers and their infants are still dying at a higher rate than white women. The problem affects Black women from every economic background and with varying levels of education. Racism and physicians' personal biases kill Black women and their children. Medical professionals do not want to admit that implicit biases affect their patient care. In reality, physicians' perceptions of the situation are irrelevant. Black women have been voicing their concerns and asking for help their entire lives. It is time for society to try a different approach and finally start listening to Black women, but the strength of Black women is being used against them. The narrative that Black women are strong, although correct, causes physicians to downplay their complaints. Instead of treating pregnant Black women like pregnant white women are treated, physicians often ignore Black women until it is too late.

For hundreds of thousands of Black women, their doctors' implicit biases were deadly. A mother in Nebraska repeatedly informed her doctor that she felt like she was having a heart attack. Her complaints were ignored and not addressed until she actually suffered another heart attack. Modern gynecology is closely tied to slavery, but until recently, no one has acknowledged it. Pregnant Black women suffered while white physicians were praised as heroes. Black women have literally been crying out for help since slavery, begging for their doctors to just listen. Today's medical professionals have the opportunity to change the narrative. Instead, they continue to not listen and to devalue Black women.

Even after several studies have put the medical profession on notice of a detrimental problem, nothing has changed. Medical professionals should not blame the disproportionate number of Black women dying on pre-existing conditions. Instead, they should look past the pre-existing conditions, that are exacerbated by pregnancy, and get to the root of the problem--the flawed healthcare system. The pre-existing condition argument has been proven inaccurate. The answer is simple: racism is the problem. Physicians have preconceived notions about Black women. As soon as a Black woman walks into a doctor's office, she is fighting an uphill battle. Various obstacles stand in the way of her receiving adequate care, including her gender, her insurance, the appearance of her hair, and, of course, the color of her skin. Fortunately, people can change, and stereotypes can be proven wrong. According to Marsha Jones, director of a reproductive justice organization in Texas, “If we would lean on the voices, experiences, traditions, leadership, and ingenuity of [B]lack women to create solutions and strategies, we would begin to successfully address this issue.”

For society to move forward and give pregnant Black women the reproductive healthcare they deserve, medical professionals have to listen to Black women. Had my mother's doctor listened to her about her uneasy feeling during her pregnancy with my brother, my brother could have been spared the trauma and undue hardship of multiple heart surgeries in the first twenty years of his life.