Excerpted From: Kendra Simpson, The Racial Tension Between Underprescription and Overprescription of Pain Medication amid the Opioid Epidemic, 45 New York University Review of Law and Social Change 129 (2021) (257 Footnotes) (Full Document) 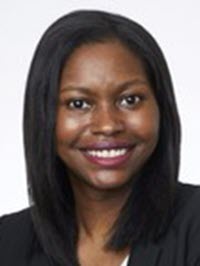 In the November 8, 2017 episode of Law & Order: Special Victims Unit, the lead detective, Olivia Benson, said to a mother whose daughter died after a period of drug addiction, “You don't have to prove to me that you were a good mother ... I know that it's not a comfort, but ... I've seen this a lot. It can happen to anyone.” General Hospital also recently featured a story arc with a veteran hospitalized after a synthetic opioid overdose, following his return from war and many painful surgeries. Many other dramas have featured storylines portraying sympathetic victims of the opioid epidemic-- victims who are overwhelmingly white, who come from loving families, who originally received valid prescriptions of opioids for pain, and who fell subject to addiction. This is a stark contrast from the media portrayal of past addiction epidemics, which typically did not portray people suffering from addiction in a sympathetic light, and I argue that it is racially motivated. As an added layer, there is copious historical evidence of racial differences in both who prescribes and who is prescribed opioids.

In part because of these disparities and biases, addiction does not happen to just anyone. Most people prescribed opioids do not become addicted: estimate ranges are less than 12% of patients with chronic non-cancer pain suffer from addiction. But there has been a cultural normalization of this issue, as evidenced by the many television show narratives that make addiction seem common.

In 2017, Narcan, a drug to counteract overdose, was available over-the-counter in 46 states. The opioid epidemic has been declared a national public health emergency as opposed to criminalized like addictions of the past. Prescription drugs should treat some pain, I argue, but how much and with what are important questions that remain. One may think because Caucasians make up the largest demographic of opioid misusers, they would be the lesser prescribed subpopulation. But that is not so; they are actually prescribed more opioids than African American patients, both by strength and prescription rate. Some suggest that the current opioid epidemic has transpired because society feels that white people should not experience pain if it can be avoided; that is to say, there is an overprescription of drugs that make people feel “good” to those that society has deemed should not feel pain.

This paper will examine the racial discrepancies between prescription trends for African American patients compared to white patients in the context of the opioid epidemic. Further, it will argue that improving medical education about pain, implicit bias, and risk tools in concert can improve prescription techniques. Although the right to live pain-free may not be a fundamental human right or even an achievable goal, pain management should be uniformly accessible for all groups. In order to achieve that goal, we must identify and acknowledge racial disparities and possible methods to combat them. In Part II, this paper describes the medical mismanagement of patients' pain and the history of opioid treatments leading to the current epidemic. Part III discusses racial disparities in pain treatment that result in African American patients being prescribed less than their white counterparts. In Part IV, this paper discusses rethinking physician education as a potential mechanism to combat these disparities, and Part V discusses possible legal mechanisms for redressing biases, including state law tort claims and the federal Emergency Medical Treatment and Active Labor Act (EMTALA). The ultimate resolution will likely be less adjudicative; but, if necessary, adjudication should be used to push for changes within the medical community.

Overall, the current information surrounding opioid use makes it clear that more research needs to be done on proper treatment levels and prescription guidelines. There are no long-term studies of opioid therapies compared to placebo therapy, no opioid therapy, or non-opioid therapy for chronic pain, but there is difficulty in doing such studies given the harms of inadequate pain treatment. Therefore, prescribing opioids for pain appears more as a pattern of habit, and not as evidence-based as it is for other medical conditions. However, there is evidence that prescribing higher doses leads to more opioid abuse. It is unclear exactly what therapy should be prescribed, and the problem is made more complicated because pain is subjective, meaning objective measures are not always accurate. In spite of that, racial disparities in treatment for the same symptoms should not exist.

Physicians need to be better educated, both about the opioids they are prescribing and their own implicit biases that have influenced prescribing thus far. There also needs to be continued education at both levels as new research reveals new information. Additionally, physicians need to undergo implicit bias evaluations and training. Ideally, this training would be another part of the medical school curriculum, and further training and evaluation would happen at hospitals through a self-evaluation process at the organizational level, at least initially. Greater education should be developed around using group-level data to identify diseases and disease potentials among patients without importing biases into patient treatment. Because implicit biases are not necessarily professed beliefs, such biases could be harder to train away. Nevertheless, while it may be easier to change patterns for younger physicians, it is unavoidably necessary to address implicit and explicit biases for all physicians.

After we develop clearer, evidence-based standards for treatment and training for physicians, we can continue to evaluate disparities with a better set of marks to use. It will be easier to tell who is properly or negligently prescribing and thus regulate those who are not proper prescribers. This will allow tort law claims for pain-associated treatment. However, without a clear standard of care, there is no way to determine deviations. Since EMTALA only covers “severe” pain in an emergency room setting, strengthening the defined standard of care should both lead to better treatment and better deterrence of poor treatment. However, EMTALA claims should still be investigated in emergency scenarios where applicable.

The actual demographics of both the epidemic and normal pain prescribing trends should additionally inform whatever education and management tools are developed in the future, such that changes can be tracked. Is it possible that African Americans are being prescribed at the right level when weighing the benefits of freedom from pain and reduction of addiction, and white patients should be prescribed less, in which case the harm is done exclusively to white patients? Is it possible that African Americans are truly being underprescribed, and even if they should not be prescribed to a level of no pain due to abuse and misuse concerns, they are still experiencing harm? The truth likely lies somewhere in the middle, with underprescription and overprescription occurring simultaneously. However, no matter who is currently being prescribed properly, if anyone at all, any reductions in prescriptions to combat the opioid crisis could cause further harm to African American patients if these implicit biases are not corrected, because they enshrine a difference in prescribing level between African American and white patients.

By lessening biases, providing more medical education, and doing more research into treatment and risks, the medical community can move closer to a world in which more patients are prescribed medication in a more evidence-based, equitable manner. Proper guidelines can, at the very least, begin to form a basis for these claims in tort law that more adequately ensures equitable treatment. There may still be a class of victims who can make claims under EMTALA for non-uniform treatment of their severe pain in emergency room settings. However, their individual claims may not be as common. Here, the onus falls heaviest on the medical community. Its members took an oath to not harm patients, and eradication of harm--not adjudication--is the ultimate goal. The treatment of pain, especially with opioids, is a delicate balance, but one the medical community should be prepared to fully take on.

The author is now a practicing tax attorney and is a former Managing Editor of the N.Y.U. Review of Law & Social Change.