The Right to Medication-assisted Treatment in Jails and Prisons 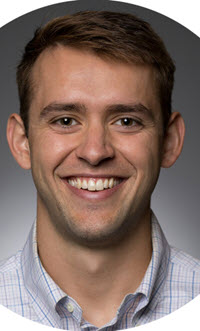 Well, you start ... the hot and cold sweats. And with the diarrhea, stomach cramps and you throw up and you do that for like three days straight or four days straight. And then you be weak as I don't know what. And when I had the heart attack I was sleeping and it woke me up out of my sleep. And it just feels like a cinder-block hit me on my chest and I woke up in a sweat. Luckily the officer that was there knew what was going on and they rushed me to the hospital. And if they didn't I probably would have died ....--Incarcerated individual discussing opioid withdrawal.

“[D]enial of medical care is surely not part of the punishment which civilized nations may impose for crime.”

Sarah had used heroin for a long time. When a harm-reduction clinic opened in her hometown she was among the first to sign up for treatment. Sarah showed up to her appointments on time and was a friendly, well-liked patient. Then Sarah was arrested for shoplifting. At the local jail the police took Sarah's Suboxone, a prescription medication which curbs cravings for opioids and the physical symptoms of withdrawal without the elation of an opioid high. Sarah was unable to make bail and, without her daily dose of Suboxone, soon began experiencing withdrawal. She experienced fevers and sweats, retched repeatedly, was unable to sleep, and suffered severe anxiety and depression. Officers watched as she moaned on the floor of her cell, in pools of her own vomit and urine, and refused to give even Tylenol for her pain. Her family made multiple calls to the jail and to Sarah's medical provider begging for help. The police left Sarah's prescription medication sitting in a drawer twenty feet from her cell.

Mark started drinking at thirteen, progressed to marijuana, drifted to Percocet, then began using heroin. At twenty-two, he passed out in a motel room in a position that cut off circulation to his leg and required amputation. He went in and out of rehab and jail for years. Mark's pattern of temporizing treatment and incarceration was tragically conventional until his most recent incarceration at the Rhode Island Department of Corrections. There, during a twelve-month sentence for theft, Mark was part of a medication-assisted treatment (MAT) program. Each day he took a dose of Suboxone. He said that the treatment made him “feel comfortable in my own skin.” Instead of longing for release so that he could get high as he had during past periods of incarceration, he reported, “[within] [forty-eight] hours I felt like my old self, before I was even taking drugs ... [t]his is the first time I've ever been here where I've been mentally and physically at peace.”

Sarah and Mark were treated differently by their correctional facilities-- Sarah's experience produced pain, while Mark's experience engendered optimism. There should be no more stories like Sarah's. This Article argues that all incarcerated individuals with opioid use disorder have a right to MAT, which is the most successful treatment for their chronic disease. MAT is the use of medication (for example, Suboxone) to curb cravings for opioids and reduce the grueling physical and mental symptoms of withdrawal.

Along with Sarah and Mark, roughly two million people in the United States are struggling with opioid use disorder. Less than twenty percent are treated with effective medication. Regrettably, a high proportion of individuals with opioid use disorder become involved in the criminal legal system where most are denied access to treatment. Jails and prisons are at the front lines of the overdose crisis and have a duty to provide medical treatment to individuals in their care. As phrased by an attorney for the American Civil Liberties Union of Maine, “We don't expect jails to solve the [overdose] crisis, but the least they can do is not make it worse.”

A strategic sequence of cases in the last two years has established that incarcerated individuals cannot be denied access to their prescription medication for addiction, just as for any other disease, because they have a constitutional and statutory right to adequate medical care. This Article goes further and argues that correctional facilities have an affirmative obligation to provide MAT for all individuals with opioid use disorder regardless of whether they were using legal prescriptions or illicit drugs prior to incarceration. Providing MAT will save lives, reduce suffering, and uphold the government's promise of human dignity to those whose liberty is restricted by incarceration. Additionally, this Article argues that the Supreme Court should change the legal standard for adequate medical care in jails and prisons. Currently, an incarcerated individual must show both that they have an objectively serious medical need and that a correctional officer displayed a subjective deliberate indifference in failing to meet that medical need. The Court should dispose of the subjective indifference requirement and look only to the incarcerated person's objective medical need.

This Article begins with background on the overdose crisis and the dire lack of adequate treatment in the criminal legal system. Part II then shows that incarcerated individuals with opioid use disorder have a constitutional and statutory right to MAT. Part III argues that the right to treatment goes beyond preventing denial of care and creates an affirmative obligation for correctional facilities to offer MAT to all individuals with opioid use disorder. This humane step will save lives. This Article argues for a legal right to MAT across all correctional systems, regardless of drug source. Part III argues that courts should consider only a patient's medical need when evaluating adequacy of medical treatment in jails and prisons. Part IV advocates for legislative changes at both the federal and state level that will satisfy the right to medical care while incarcerated without the need for adversarial litigation.

Failure to provide MAT in correctional facilities causes involuntary withdrawal without adequate medical care. This lack of treatment violates the Due Process Clause, the Eighth Amendment, and the ADA. Incarcerated individuals who are denied access to MAT are being deprived of their constitutional right to adequate medical care. To meet that right, and to stave off potential lawsuits, governments at the national, state, and local level should provide access to, and funding for, MAT for opioid withdrawal. In general, the government should stop criminalizing drug use. But until then, people with opioid use disorder who are incarcerated must be provided MAT. This is true regardless of whether they were previously receiving MAT, as existing cases hold, or if they were using illicit drugs prior to incarceration. Further, the Supreme Court should modify the legal standard for adequate medical care in correctional facilities so that courts need only consider the objective medical need of incarcerated individuals.

This Article began by noting that the overdose crisis is an emergency of pain and mortality. But it is also a moment of resiliency and hope. Because of MAT, many people with OUD are living more meaningful, more fulfilling lives--the nation should give that opportunity for hope to incarcerated individuals.

Law Clerk to the Honorable Landya B. McCafferty, Chief Judge of the U.S. District Court for the District of New Hampshire. J.D., Cornell Law School.