Physician-assisted Suicide in the Dark Ward: The Intersection of the Thirteenth Amendment and Health Care Treatments Having Disproportionate Impacts on Disfavored Groups 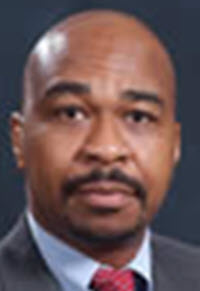 There are two reasonable conclusions about the delivery of health care in America.

First, managed care and managed competition predominately determine the amount and the quality of care physicians give to patients, causing some observers to complain about managed care's propensities to reduce the quality of health care. Second, health care is delivered in a manner that has a racially disproportionate impact on African Americans and other minorities, even when poverty and lack of financial resources are not causative factors.

In the highly politicized debate over the quality of health care and racism, litigants have asked the Supreme Court to decide two ‘right-to-die’ cases. In Washington v. Glucksberg, physicians, and several terminally ill patients who died before the Supreme Court's decision, asserted that Washington's assisted suicide ban denied terminally ill patients a Fourteenth Amendment liberty interest that allegedly encompassed their decisions to undergo physician-assisted suicide. Similarly, in Vacco v. Quill. physicians and terminally ill patients challenged New York's ban on assisted suicide on the grounds that it denied equal protection of the law because these patients could not receive physician-assisted suicide when other competent patients could forgo life-sustaining medical treatment. In Glucksberg, the Court held that the Due Process Clause of the Fourteenth Amendment does not grant individuals a fundamental liberty interest in ‘assistance in committing suicide.’ In Quill, the Court held that the Equal Protection Clause of the Fourteenth Amendment does not preclude a state from outlawing physician-assisted suicide while simultaneously allowing in appropriate cases the withdrawal of life-sustaining medical treatment.

The following discussion analyzes the impact of Glucksberg and Quill on physician-assisted suicide in general and on African Americans and other disfavored minorities in particular.

Part IV examines physicians' involvement in discriminating against African-American patients from slavery to the present time. Part V examines the philosophical underpinning of the Thirteenth Amendment and asserts that the amendment's supporters intended to outlaw both the master-slave relationship and ‘badges and incidents' of slavery, including present-day racial discrimination in society and in the health care industry.

Part VI evaluates the Supreme Court's Thirteenth Amendment jurisprudence and concludes that the Court should refocus its interpretation of the amendment by recognizing the “black inferiority” theory as the foundational support of slavery. Therefore, the Court should interpret the amendment as outlawing all forms of racial discrimination that perpetuate status based on alleged ‘black inferiority.’

Part VII argues that the Court and lower-level federal courts should acknowledge an individual's right to bring direct racial discrimination claims under the Thirteenth Amendment, including claims based on the disproportionate impact of facially neutral policies and practices. This section also suggests strict scrutiny as the appropriate standard of review for those claims. Part VIII discusses some areas in which direct claims under the Thirteenth Amendment might be used to eradicate racism in the health care industry, including the potential racial application of physician-assisted suicide.