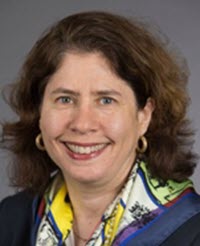 The emergence of the COVID-19 pandemic in January 2020 not only brought its own burden of death, disease, and economic hardship, but also exacerbated many existing public health and social problems. In particular, the misuse of opioids, an issue the United States has been struggling with for many years, has been a cause for concern. Recently, the country has seen a dramatic rise in deaths associated with the use of synthetic opioids. By May of 2020, the United States had seen the “largest number of drug overdoses for a 12-month period ever recorded.” January 2020 to January 2021 exceeded that record with a 30 percent increase in drug overdose deaths. The most recently available provisional figures, those for the twelve months ending in April 2021, show a 29 percent increase, amounting to an estimated 100,306 deaths, the most ever reported in a single year.

Dr. Sarah Wakeman, one of the nation's leading experts in addiction medicine, predicted this early on in the pandemic when she noted that the social distancing measures needed to control COVID-19 create social isolation and despair, “both of which are known risk factors for the development and exacerbation of addiction.” Therefore, “[substance users] are at greater risk than ever.” It may be several years before we fully understand the impact of the pandemic, but one thing we know already is that the number of cases of opioid overdoses increased during this time.

While no one has suggested that COVID-19 itself increases opioid-associated deaths, this sharp rise in deaths highlights the fundamental failure of existing federal and state legislative schemes. These schemes prioritize reducing the number of opioids prescribed rather than reducing the harm associated with opioid use. The result has been what some experts are calling the “opioid paradox,” in which prescriptions for opioids have significantly decreased even while deaths continue to rise.

This article creates a framework for analyzing existing and proposed legislation in terms of its likelihood to reduce opioid-associated deaths. In particular, it looks at the United States' continued commitment to attach criminal penalties to the use of some of the drugs responsible for this harm, and that a considerable gap remains between endorsing what former Senior Counselor to the President Kellyanne Conway described as “a whole-of-government approach to treat the whole person” and implementing public health problem solving techniques. This article is the first to evaluate the legislative response to the harms caused by substance use from a public health perspective in order to better identify why laws that do not incorporate the public health method are doomed to fail. Public health approaches are more effective because they take people as they are, rather than as they wish them to be.

This article proceeds from the premise that the law can, and should, be a powerful tool in promoting public health. In a 2000 article in the Journal of the American Medical Association, Professor Larry Gostin, a founder of the field of public health law, wrote that “public health law should be seen broadly as the authority and responsibility of government to ensure the conditions for the population's health.” Picking up this theme, Professor Scott Burris advanced the field by bringing together the work of scientists who evaluated the law's “impact in areas such as traffic safety, gun violence, and tobacco control” as part of the general work of public health law. In so doing, he created the field of “legal epidemiology”--the study of law's incidental or unintended effects on health. But using law as a tool to promote public health is very different from using public health principles to develop legislation. Even as the federal government declares the challenge met and the war won, deaths and other serious harm associated with the use of opioids and other drugs continue to rise.

The current federal and state legislative approach to the ever-rising deaths associated with synthetic opioid use has failed because it has prioritized reducing the use of opioids rather than the harm caused to those who use them. By not prioritizing reducing the most serious harms associated with opioid use--namely, death and disease--existing legislation has had the perverse effect of magnifying harm by creating a cascade of unintended consequences. To effectively address these legislative inadequacies, a public health framework must be incorporated in the lawmaking process, which requires identifying the primary harms to be mitigated, utilizing the law to effectively address these harms, and continuously evaluating the outcomes of implemented solutions.

Part I of this article provides an overview of opioid use and regulation in the United States, along with an exploration of the justifications for widely used regulatory strategies. Part II will then introduce the methodology necessary to remedy current inadequacies of state and federal law to tackle the opioid epidemic from an evidence-based public health perspective. Part III shifts focus to discuss the impacts synthetic opioid use has on individuals, communities, and society more broadly. Finally, Part IV concludes with a proposal calling for the implementation of comprehensive legislative solutions rooted in principles of public health to address these harms at every level.

Synthetic opioids, first developed as a more effective method of treating pain, have become the leading cause of drug-associated deaths in the United States. Over the past twenty-five years, legislative efforts to combat these deaths have failed to keep pace with the rapid development of a secondary market that first diverted, then illegally manufactured, synthetic opioids. As a result, the leading cause of drug-related deaths in the United States today are deaths associated with synthetic opioids. But instead of prioritizing a reduction in death and other harms associated with opioid use, these laws have succeeded only in the reduction of prescriptions for synthetic opioids. Thus, not only are deaths continuing to rise, but these laws have also made life so difficult for the patients who rely on opioids for pain relief that many have even turned to suicide. This spectacular failure of legislation to address a public health crisis should be frightening enough to spur a reappraisal of not only the nation's drug policy, but more generally of the dangers of a lawmaking scheme with no attachment to evidence-based methods of crafting effective public health policy.

While many involved in lawmaking pay lip service to using “public health methods” in combating the “opioid crisis,” there is still no meaningful integration of public health and lawmaking, or even any serious attempt to mandate measurable markers of success for new legislation. In particular, the lack of a mechanism for reevaluating legislation based on predetermined metrics of success means that once passed, laws remain in effect until they have caused so much harm that public outcry demands their repeal. And even if that public outcry does happen, there remains no mechanism for appropriate replacement. Public health methodology is certainly neither a panacea nor infallible. As we have seen in the response to COVID-19, it is not always possible to get enough information fast enough to make the right decisions. But integrating public health methodology into lawmaking could give the people of the United States something that many other countries already have: an effective infrastructure for crafting legislation to address public health threats based on the best available scientific information and a mechanism to continuously monitor the effects of the legislation so that it can be revised or withdrawn before causing more harm than good. Unless the goal of the war on synthetic opioids was to impose treatable intractable pain on those who suffered through injury or illness, it is the most bitter of victories.