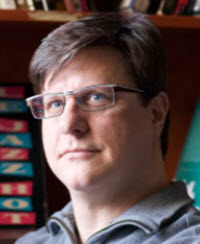 The U.S. has no clear federal policy for how scarce medical resources are to be distributed, particularly in disasters or cases of similar urgency. This partly comes from being insulated from the impacts of many potential disasters by wealth and other factors but also comes from a historical unwillingness to make difficult medical ethical decisions based on questions of justice. Distribution of solid organs for transplant is one of the few areas where we have carefully thought about just distribution, and it is almost entirely unique in having a carefully considered and complex distribution mechanism. As such, discussions about appropriate distribution of scarce resources in something like disaster triage are in a much more basic stage than our discussions about, say, informed consent.

A common decision in scarce resource distribution is to seek to produce the best results in a utilitarian fashion. See, e.g., Alastair Browne, who concludes that in times of blood shortage:

[B]lood should be allocated to such patients solely on the basis of who has the best chance of maximum life extension, where this is calculated with the help of a point system by taking into account the probability of survival to discharge, comorbid conditions, and the age of the patient.

Additionally, Philip Rosoff holds that in cases of drug shortages, “[t]he foremost criterion for giving one patient access to a scarce drug over another should be demonstrable evidence of a superior clinical therapeutic effect in the selected patient.” In situations of military (or disaster) triage where the number of patients quickly overwhelm the routine medical assets available, patients with the greatest chance of survival with the least expenditure of time, equipment, supplies, and personnel are to be treated first. Perhaps the more common viewpoint is to simply take for granted that the factors of saving the most lives and maximizing life-years are the only relevant factors to consider when distributing scarce resources, and proceed from there.

Following this account, when resources are truly scarce, we should treat those most likely to live the longest, and avoid treatment of the sick and elderly. Nothing in this requires ignoring adequate palliative and comfort care for persons who would not receive the scarce resources, and several of these authors make that explicitly clear. Some accounts also argue that we ought to treat clinicians because if cured or prophylactically vaccinated they can continue to provide care; the Centers for Disease Control and Prevention (hereinafter “CDC”) advocates this in regards to allocation of pandemic influenza vaccines. There is a reason why this line of argument is commonly promoted - it makes practical and ethical sense on first glance. When posited against views that would prefer distribution for wealthy donors, those who can best game the system, or racist and classist distributions, this position appears obviously superior. Furthermore, on its face it appears neutral with regard to race, gender, wealth, and the like, as all that matters is whether and how much the recipient will benefit from the resource. It may also seem preferable to other presumably inequity-blind methods of distribution such as lotteries or first-come first serve approaches, which might lead to extremely inefficient distributions. When, for example, Philip Rosoff states that “[h]ence, a minimum criterion for fairness must be to treat people the same who are similarly situated--in this case, clinically situated,” this conclusion stated in this fashion seems basic and inarguable.

The problem with this approach is that, contrary to the initial impression of inequality-blindness, it privileges the powerful, and unequally harms those who are least well off. Naomi Zack notes that disaster magnifies social inequality: “In every civilian disaster thus far, the already disadvantaged have suffered most ...” In cases of natural disasters where evacuation is appropriate, this often occurs because the “poor are less physically mobile than those with more money.” Both their access to vehicles, and familial or community ties to their neighborhood can keep less affluent persons from evacuating in cases of danger. In cases of disaster triage, the increased risk occurs because socially disadvantaged persons will already be less healthy.

Multiple assessments of social determinants of health have made it very clear that persons who are poorer financially have poorer health, have fewer resources available to change health habits, die sooner, and have more comorbidities, than those who are wealthier. In the U.S. the same is true of persons who are non-white, and those factors interact with each other. For both socio-economic status and ethnicity in the U.S., being less well-off correlates with being less healthy. One need not be a Rawlsian to argue that this issue must be considered in determining how to distribute scarce resources, especially if there are other alternatives with plausible moral justification; Philip Rosoff's above determination of the primary criterion for fair selection - similar clinical situation - ignores the crucial issue that the previously disadvantaged will generally not be the persons most likely to obtain the best results from a scarce resource. Consequently, this fact that appeared to be basic and inarguable is also wrong: the minimum criteria for fairness must also include an assessment of inequality headed into the need for the scarce resource.

I argue that ethical analysis of the possible policies for the allocation of scarce resources in cases of disaster or mass casualty incidents must take matters of justice into account. We must reject using methods that attempt to maximize results while ignoring prior inequalities related to ethnicity or socioeconomic status which are among the greatest social determinants of health. If we focus on maximizing results, we will unjustly exacerbate the inequalities in society at a time of high stress when abuse of the power structures in society will be likely to be more common. This may also have implications for other distributions of scarce resources, such as allocation of solid organs for transplant.

If we intend to justly distribute limited resources in the case of a disaster, then we must pay attention to making prior inequities less damning. Unfortunately, something like the 'time on the list’ criterion used with kidney donors is not possible in a disaster. Devices like 'first-come first served’ will also tend to harm rather than help the less well off, as expense, travel, childcare, time off work, and the like all benefit more well-off candidates for self-selecting treatment. Further, those who avoid getting care until it cannot be avoided will of course be in worse condition when they arrive. I can think of two types of options possible; one is clearly preferable but may not be feasible; the other is definitely possible but will not specifically benefit the least well off.

The first is to find a mechanism that will identify the least well off and grant them preference in treatment, at least to the point where their chance of obtaining care is not explicitly harmed by their poorer condition caused by inequality in society. The goal would be to make people's chances of obtaining scarce resources equivalent to what they would have been if people did not have poorer health due to social inequality. Once those inequalities were effectively removed from the way people were treated by distribution methods, then a distribution that maximized benefit would be fairer. However, it is unclear what such an inequality rectifying mechanism might be. The Minnesota Pandemic Ethics Project may provide a starting point for seeking for such mechanisms, although it cannot fully provide such a tool at this point.

The second, less preferable option, would have to be some sort of randomization method that would grant all persons in reasonable need of scarce resources an equal chance at those resources. Though this random distribution would not allow for targeted distributions to maximize lives saved, it is the only way, barring some discovery of a mechanism like that discussed above, not to make those unfairly made less-well-off by a system in which unearned social determinants of health determine one's health conditions also unjustly disadvantaged by scarce resource distribution. Drawing straws may not produce the maximized outcome in terms of years of life saved, but it is more just.