The Historical Roots of Mistrust in Science

Excerpted From: Emily Bergeron, The Historical Roots of Mistrust in Science, 46 Human Rights I (2021) (Full Document) 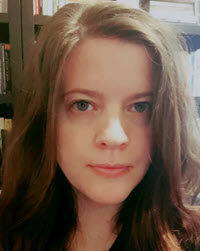 “Science knows no country, because knowledge belongs to humanity, and is the torch which illuminates the world,” stated Louis Pasteur, the French chemist and microbiologist known for his discoveries on, among other things, vaccination. Pasteur's work led to breakthroughs in understanding the causes and prevention of disease, laying the foundation for much of modern medicine. In the last several months, scientific advances have resulted in vaccines for the deadly COVID-19 virus, which have begun to allow a slow return to normal. Invaluable inoculations like these new vaccinations have prevented millions of deaths: Smallpox and rinderpest have been eradicated; polio has been almost eradicated; and controlling measles has made this disease another target for eradication. If science is the “torch which illuminates the world,” however, a significant portion of the world's population remains in the shadows.

The impacts of COVID-19 and the response to the disease illustrate the failings of science, medicine, and science-based policy in the context of race, ethnicity, and income. Racial and ethnic minority groups are at a disproportionate risk of being uninsured, lacking access to care, and experiencing worse health outcomes from preventable and treatable conditions-- including COVID-19. Further, factors known as social determinants of health take a disproportionate toll on these communities. Stressors, including systemic racism and sexism, have significant physical impacts, meaning members of these groups are more likely to suffer from certain medical conditions. For example, according to the Centers for Disease Control and Prevention, Black and Hispanic Americans have higher rates of chronic diseases, such as high blood pressure and type 2 diabetes, and lower rates of cancer screenings. As a result of unjust, racist policies, the same individuals are also more likely to live in neighborhoods with higher rates of violence, unsafe air or water, and greater exposure to workplace safety problems. The latter has been magnified during the pandemic, as many people of color work in essential jobs, which raise their exposure risks. Additionally, an initial distrust of the COVID-19 vaccine in Black and brown communities has been rationally based in a history marred by unethical scientific practices combined with other obstacles to vaccinations, such as requirements that connections to health centers or online registration processes disrupted access to lifesaving care.

That “knowledge belongs to humanity” makes the longstanding injustices in public policies concerning race, ethnicity, and income that have been based on bad science and unethical practices, as well as the lack of access to proper medical care, that much more egregious. Article 25 of the 1948 United Nations Universal Declaration of Human Rights states that “everyone has the right to a standard of living adequate for the health and well-being of himself and of his family.” Science makes this human right possible to the underserved; however, this may not appear to be the case. This inequity is steeped in a troubled past that demonstrates a lack of faith in science is warranted.

Public policy decisions in the past have been made that undermine public health safeguards and exacerbate longstanding inequities that place disenfranchised communities at increased risk of experiencing substantial harm. It is the responsibility of scientific and medical communities and lawmakers to address these past practices and work toward restoring faith in science. In the pages that follow, the issue authors will address the past and present problems that underserved communities face today.

Emily Bergeron, Ph.D., is an assistant professor at the University of Kentucky, Department of Historic Preservation.