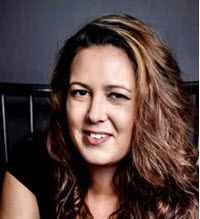 I want to start this Article by screaming. The frustration of watching your sisters, cousins, aunties, mothers, and grandmothers disappear into a fray without consequence is a devastation that does not translate to words but rather the sound of frustration in screams. In 1999, the rate of violent crime against Native American women was 50% higher than that reported by black males ages twelve and older. This epidemic of violent crimes against Native American women has been known and ignored for far, far too long.

On some reservations, Indigenous women are murdered at more than ten times the national average. However, which reservations this statistic is referring to, are not reported. This statistic has been repeated consistently for at least ten years. Presumably, the numbers today are much higher. It is impossible to cite any reliable numbers that can point to exactly how many Indigenous women are missing or murdered. So many victims were discarded, not found, not reported, not looked for, not investigated, or were trafficked until they could never be discovered--the data is just not there. 2017, the Urban Indian Health Institute conducted an investigative report to the best of its ability. Based on the information available in the report, the states that include reservations where women are most likely to die are Washington, New Mexico, and Alaska. Murder is the third leading cause of death for non-Hispanic Native American women according to the Centers for Disease Control and Prevention. However, we cannot talk about the rates of murder without also referring to the massive amounts of assault, violence, sexual assault, and rape that women suffer. In referring to these facts, it is important to remember that “[w]hile the majority of rapes and sexual assaults against other women were intra-racial, victimizations against American Indian and Alaska Native women were more likely to be interracial.” Native women continue to suffer the highest rate of forceable sexual assault and have reported rates of domestic violence up to ten-times higher than in the rest of the United States. At this time, no research has been conducted on the rates of violence against Native American women who live in urban areas, despite 71% of them living there. Native American women are targeted for two systemic reasons. One is that Native American women experience violence as “a legacy of impunity for past atrocities,” as reported to Amnesty International. The other is that the legal systems in place in the United States allow it to happen. In 2016, 5,712 Indigenous women were reported missing, but only 116 of them were recorded into the FBI's missing persons database. When a crime is committed, such as rape or murder, three elements must be taken into consideration if the victim has the ability to report the crime at all: the person who committed the crime, the place where the crime took place, and the type of crime that happened--creating a matrix of confusion. If information or a body does come to light, the games begin.

The failures of the federal system's support to Native Americans are great. The sovereignty of the tribal nations needs to be honored and respected. Native Americans have had a long-standing tradition of being able to solve conflict internally and with much lower recidivism rates than the U.S. criminal justice system. Until we return the right to prosecute those who rape, assault, and murder Native American women to the tribes and support the systems necessary to do it, the epidemic of missing and murdered Native American women will never stop. The problem is rooted in inherent racism and colonialism. More women will disappear, more young girls will be sold into human trafficking, more women's bodies will be found discarded and left for dead. The United States has crippled tribal nations by making it dependent on the federal government, essentially handing Native American women a death sentence. And I for one, am tired of living in this country knowing the top three most likely causes of my death will be cancer, heart disease, or murder.