Legal Barriers to Tribal Jurisdiction over Violence Against Women in Maine: Developments and Paths Forward 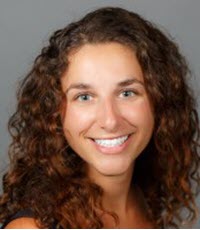 Before colonization in North America, Indigenous nations freely exercised jurisdiction within their territories. Since contact between Indigenous people and Europeans, colonizers and settlers have used their own legal systems to limit the pre-existing nations' ability to govern themselves, thereby denying the nations full sovereignty. The field of federal Indian law began as a response to the issue of whether Indians could legally sell land to settlers. The Supreme Court answered in the negative, holding that conquest implicitly divested Indigenous nations of certain attributes of their sovereignty. The Court has also held that acts of Congress and treaties can divest additional sovereign powers that would otherwise remain after conquest. Further, Congress can unilaterally abrogate powers and rights that tribes have reserved by treaty. This scheme leaves disenfranchised Indigenous nations vulnerable to continued loss of autonomy and legal protections and susceptible to the politics of the current Congress.

Where tribes cannot prosecute adequately or at all, and the federal or state government chooses not to act, crimes go un- and under-prosecuted. The consequences of this denial of jurisdiction percuss throughout Indian Country, playing a large role in the epidemic of violence against Indigenous women. In the U.S., 96% of perpetrators of sexual violence against Native women are non-Native, and 76% of inhabitants of Tribal land (68% in Alaska) are non-Native. Congress restored some criminal jurisdiction over non-Indian perpetrators of domestic and dating violence when it passed the Violence Against Women Reauthorization Act in 2013, yet tribes still lack jurisdiction over many violent crimes against women.

Until 2020, tribes in Maine did not benefit from the protections of the Violence Against Women Reauthorization Act at all. The four federally-recognized Indigenous nations residing within Maine's borders--collectively known as the Wabanaki Confederacy a unique legal relationship with the State of Maine, in which state laws govern. This scheme contrasts with the majority of Tribal-state relationships, which are governed by federal law. When the Penobscot Nation, Passamaquoddy Tribe, Houlton Band of Maliseet Indians, and the United States as trustee of the Tribes sued Maine for unlawfully taking their Tribal land, the State and Tribes entered into a settlement that upended the legal structure governing Tribal-State relations in Maine. The settlement took the form of both state and federal law. The state law counterpart, the Maine Implementing Act (MIA), outlines the relative jurisdictional abilities of the Tribes and the State of Maine, while the federal Maine Indian Claims Settlement Act (MICSA) gives force to MIA.

The Tribes and State disagree on the effect of some provisions, and several of those contested provisions have been interpreted by State and federal courts, resulting in favorable outcomes for Maine. For instance, MIA protects certain attributes of Tribal sovereignty, such as jurisdiction over “internal Tribal matters,” but courts have construed that phrase narrowly. Another contentious provision subjects the Penobscot Nation and the Passamaquoddy Tribe to “all duties, obligations, liabilities and limitations of a municipality.” The State has concluded “that the municipal status replaces [the Tribes'] sovereign status,” though the Tribes argue they intended the municipal status “to be in addition to their sovereignty--granting them access to municipal funding sources for the development and repair of infrastructure on the reservation, for example.”

Wabanaki people involved in settlement negotiations deny that they approved or were even aware of one pair of provisions, MICSA Sections 1725 and 1735, which have excluded the Tribes from federal protections. MICSA Section 1725 prevents any federal law or regulation “generally applicable to Indians” from applying in Maine when that law or regulation (1) “accords or relates to a special status or right of or to any Indian” and (2) “affects or preempts ... jurisdiction of the state of Maine.” Section 1735 prevents any federal law passed after the Settlement Acts from applying in Maine, when it is (1) “enacted for the benefit of Indians” and (2) could “affect or preempt the application of the laws of the State of Maine” unless the federal law specifies that it applies in Maine. Together Sections 1725 and 1735 have denied Maine Tribes protections, services, and funding that benefit other federally recognized tribes.

Tribal-State negotiations over amending the Settlement Acts ramped up at the beginning of Janet Mills's term as governor of Maine in 2019. On the direction Speaker of the House Sara Gideon and Senate Majority Leader Troy Jackson, the Maine legislature convened a task force charged with proposing changes to MIA in order to restore elements of Tribal sovereignty. Once the task force published its twenty-two recommendations and proposed a bill to implement them, Governor Mills expressed concern with the “sweeping nature” of the bill, apparently perceiving such an increase in Tribal sovereignty as a threat to Maine. At this time, there is hope that negotiations regarding the bill will continue, though the Governor's office has declined to meet with the task force since August 2020. As of the publication of this piece, the bill has been reintroduced in the latest legislative session.

The Tribes and the State did agree on one important aspect of the jurisdictional issue. In March 2020, the Maine legislature passed L.D. 766, a law specifically granting both the Penobscot Indian Nation and Passamaquoddy Tribe limited criminal jurisdiction over non-members within their respective territories when a Tribal governing body exercises jurisdiction under the Violence Against Women Reauthorization Act. Though not sweeping, the State concession represents a historical shift in Maine's attitude toward Tribal self-determination.

Section II of this Note examines the epidemic of violence against Indigenous women in the United States and in Maine, with a focus on the effect of Sections 1725 and 1735 of MICSA on Tribal jurisdiction over violence against women. Section III assesses the potential successes of the new law granting jurisdiction, L.D. 766, and indicates areas for improvement. Ultimately, Section IV argues that an expansion of Tribal sovereignty and strong federal support would help Indigenous nations in Maine address and prevent violence against Indigenous women, and that the Maine Tribes should have maximum jurisdictional capability allowed by federal Indian law.

Even if Maine desires to retain control over the Tribes, it could do so while allowing the Tribes to exercise greater sovereignty. As implied in the summary of L.D. 766 discussed above, grants of Tribal jurisdiction concurrent with State jurisdiction do not affect or preempt State jurisdiction. Thus, allowing the Maine Tribes more authority does not violate MICSA Sections 1725 or 1735 as they are written. Still, the current condition warrants change. Even if incremental, L.D. 766 and VAWA are examples of worthwhile steps toward reviving Tribal sovereignty, and both have made a concrete difference in the lives of Indigenous women on Tribal lands. Moving forward, justice demands that Maine and the federal government continue to pass and modify legislation to release tribes from their grip, enable tribes to exercise sovereignty and self-determination, and to allow for fair nation-to-nation relationships.