Deportable Until Essential: How the Neoliberal U.S. Immigration System Furthers Racial Capitalism and Operates as a Negative Social Determinant of Health 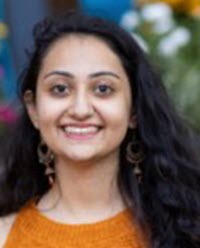 Since 2016, the functioning of the U.S. immigration system has been under great scrutiny in part due to several xenophobic and racist policies issued by the Trump administration that treat immigrants as expendable. However, this criminalization and exploitation of immigrants did not start nor end with the Trump administration. The United States has a long history of rendering immigrants exploitable and expendable, perpetuated and sustained through decades of racist and xenophobic policies.

This intentional precaritization of immigrants has been at an even clearer display during the pandemic. At the beginning of the pandemic, the United States continued to scapegoat Asians and Asian Americans, specifically Chinese people, for the spread of infectious diseases and illnesses--a tactic used in the past. As a result of this growing anti-Asian narrative regarding COVID-19 spread, there was a 150 percent increase in anti-Asian violence and racism in 2020, with over 3,795 incidents of anti-Asian violence reported to Stop AAPI Hate between March 19, 2020 and February 28, 2021. While constructing negative perceptions about one immigrant group--in an attempt to criminalize and villainize them--the United States has continued to exploit the essential but expendable labor of another immigrant group: undocumented food system workers. Even during a pandemic that has disproportionately impacted food system workers--killing 91,717 of them were threatened with employment termination or deportation if they resisted putting their health on the line without any personal protective equipment.

Using mechanisms such as anti-immigrant rhetoric, state-sanctioned violence, and exploitation--while evading responsibility--immigration laws create and sustain racialized patterns of economic inequities and differentially exploit immigrants to premature death. In this Note, I will outline how racial capitalism manifests in the current functioning of the U.S. immigration system and ultimately threatens the health and well-being of immigrants. In other words, I will characterize and expose the U.S. immigration system itself as a negative social determinant of health. My exploration will primarily focus on immigrants who are laborers and agricultural workers.

Section I of this Note will explicate how U.S. immigration laws can create racialized patterns of economic disparities within the immigrant population. In this section, I will outline how past (and present) racist and xenophobic policies--through their indeterminate and temporal nature--have made immigrants exploitable, thereby reproducing economic disparities both within and across immigrant groups. Section II of this Note will build on this section, exposing the role of the carceral apparatus and criminalization of immigrants to maintain the racialized economic hierarchy. Finally, Section III of this Note will highlight how the racialized expropriation and exploitation of labor threatens the health and well-being of immigrants over the life course and creates long-standing health disparities among immigrant groups.

The history and current implementation of immigration laws demonstrate that immigration laws have come to create and sustain racialized patterns of economic inequities using mechanisms of anti-immigrant rhetoric, state-sanctioned violence, and exploitation--while evading responsibility. In this Note, I expose the U.S. immigration system itself as a negative social determinant of health, threatening the health and well-being of immigrants, particularly laborers and agricultural workers. The Chinese Exclusion Act and Bracero Program serve as two key examples to explicate how immigration laws both exploit and criminalize immigrant labor, thereby creating a racialized economic hierarchy, with White people at the top (enjoying exploitation) and immigrant groups taking turns at the lowest rung (being exploited). The immigration system sustains this racialized economic hierarchy using the carceral apparatus and criminalization of immigrants. Together, the racialized expropriation and exploitation of labor threatens the health and well-being of immigrants over the life course and creates long-standing health disparities among immigrant groups.

Immigrants are always essential--beyond a pandemic, and beyond the labor they produce. We need to reflect this reality in our systems and policies by radically reimagining the U.S. immigration system, in addition to abolishing our reliance on the carceral apparatus and the neoliberal regime that consistently compromises immigrant safety and well-being.

Immigrant labor has always been essential; it is critical we treat immigrant lives as essential, too.