Reforms for Radicals? An Abolitionist Framework 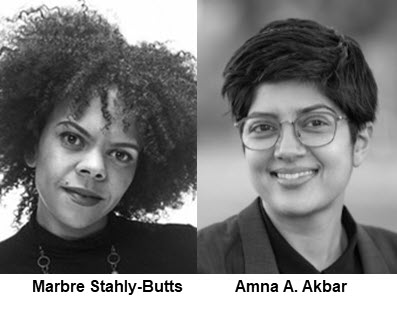 Amid the 2020 uprisings that began in response to the Minneapolis Police Department's murder of George Floyd, “defund and dismantle the police” emerged as the demands from the streets. These demands were echoed and etched by protestors in every major city across the country. Only five years earlier, after the mass protests following the police killings of Eric Garner, Michael Brown, and Freddie Gray, the most visible protest demands included “stop killing us” or the criminal prosecution of individual police officers. The shift toward demands that seek to dismantle and defund underlined the growing power of prison abolitionist organizing. Abolitionist demands have become a terrain for reimagining social, political, and economic life. They are tools for organizing constituencies around bold ways of responding to today's crises of racial capitalism and colonialism, including police violence, incarceration, deportation, and the global pandemic. In their focus on fundamentally altering the structures that govern our society, abolitionist demands present a direct challenge to conventional liberal reform strategies and offer the possibility of political, economic, and social transformation.

In this Article, we examine the radical visions emerging from abolitionist organizing. Abolitionist campaigns often identify the carceral state as a root source of violence and inequality, and assert the road to a more free and sustainable future lays within its undoing. We explore abolitionist frameworks for thinking about demands that aim to shrink and delegitimize the prison industrial complex (PIC)--which includes police--in service of moving away from a society focused on punishment to one rooted in collective care and social provision. While we are under no illusion that abolitionist frameworks are perfect or complete--or that there is any one blueprint for transformation--we believe abolition is key to building a more just world. In calling for an end to carceral systems, economies, and cultures, abolition moves us toward a future free from white supremacy, capitalism, and patriarchy.

A grounding in abolitionist demands highlights the failure of conventional modes of reform to mitigate the scale of state and market violence and exploitation. Developing alternate horizons and frameworks is essential to advancing demands that make possible the political, economic, and social transformation that so many of us deem necessary. As movements have popularized prison abolition as a framework for wholesale transformation, others have coopted the language of abolition to continue to push conventional reform agendas. This Article lays out a framework for radical reforms rooted in abolitionist organizing and then considers specific reforms through the framework.

In this Article, we have articulated a framework for thinking about radical reforms rooted in prison abolitionist organizing. For abolitionists, reform presents an inherently contradictory gambit that cannot be avoided due to the entanglement between carceral power, racial capitalism, and law. Abolitionist organizers are running bold campaigns for law reform. What makes these demands transformative are their ambitious commitment to dismantling systems of policing and incarceration, and their articulation by movement organizations committed to direct action, power building, and community organizing. On its own, radical reform will never be enough to achieve fundamental transformation. But as one strategy and tactic among many, it has a role to play.

Marbre Stahly-Butts is the Executive Director at Law for Black Lives. She received her J.D. from Yale Law School, J.D. in 2013.

Amna A. Akbar is a Professor of Law at The Ohio State University, Moritz College of Law.