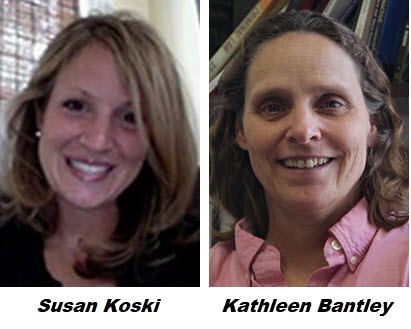 The United States has a long history of discrimination of its citizens, beginning with the formation of the country and continuing today. This article examines the Constitution, federal and state legislation, and the adoption of common law principles which clearly established a framework of racism, misogynism, heterosexism, and nativism that becomes the cornerstone for inequality in the United States since 1787. Given the tradition of discriminatory treatment sanctioned by the government, it is not surprising that hate crimes occur. Hate crimes are offenses involving an actual or perceived race, color, religion, national origin, gender, sexual orientation, gender identity, or disability. When the government enacts progressive legislation to protect citizens' rights, however, hate attacks decrease. This occurred during the Barack Obama Presidency from January 20, 2009, through January 20, 2017 (“the Obama Years”). Since Donald Trump was elected president in November 2016, the opposite has occurred, as the number of hate crimes increased during this time.

Part I of this paper reviews the governmental acts that have led to either an increase or decrease in hate crimes. More specifically, this section examines hate crime statistics from 2007-2017; including legislation, executive orders, presidential directives, and judicial opinions during both the Obama presidency and the current Trump presidency.

Part II provides a review of the systemic prejudice of the United States government that has encouraged racism, misogynism, nativism, heterosexism, anti-Semitism, and anti-Islamism throughout our history.

Part IV examines the reported hate crimes that occurred during the “Obama Years.”

Part V discusses the Trump administration's utilization of dog whistle politics and the aggravating result it has on hate attacks.

Part VI addresses the limitations of the data used in this article and provides a recommendation for other sources to consider.

Lastly, Part VII concludes with our thoughts on the findings.

In evaluating the United States government's policies over time, it is evident that our country has a long history of discriminating against certain groups of minorities. This treatment is apparent in the way the government treated African Americans, women, LGBTQ+ persons, and immigrants, as they have fought and continue to fight for rights in this country. In considering these actions by the government, it is unsurprising that there is a continuing trend of hate attacks among and between citizens in the United States.

When President Obama was in office, the rights of marginalized groups increased and hate crimes against them respectively decreased. Currently, the opposite has occurred during Trump's presidency, as the number of hate crimes rose in 2017 and in 2018. It is no coincidence that hate crimes are on the rise with the legislation that President Trump is supporting. As long as there is a persistence of structuralized inequities within the United States government, marginalized groups will stay marginalized, and hate attacks against them will continue to exist.

Susan V. Koski, LP.D. is an Associate Professor in the Department of Criminology and Criminal Justice at Central Connecticut State University in New Britain, Connecticut. She has most recently published articles in the Child and Adolescent Social Work, Journal of Ethnicity and Criminal Justice, and Journal of Law and Social Deviance. Her research specialty areas are qualitative research methods and issues in female reentry.

Attorney Bantley is a Professor in the Department of Criminology and Criminal Justice at Central Connecticut State University in New Britain, Connecticut. Some of the journals her articles are published in include the Journal of Law, Journal of Law and Social Deviance, and the Albany Law Review. Her research areas are hate crimes, the insanity plea, and female offending.