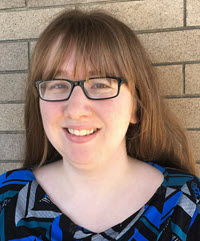 Following the discovery of hundreds of children's bodies at residential schools in Canada, United States Interior Secretary Deb Haaland called for an investigation into the federal government's oversight of American Indian boarding schools. This call highlights a growing awareness of the United States' legacy of violence against American Indians. This history of colonization, intergenerational trauma, and the boarding school system are prominent factors of why violence and the child welfare system continue to disproportionately disrupt American Indian families, tribal communities, cultures, and traditions today. In Minnesota, American Indians make up two percent of the population, but nine percent of murdered women and girls from 2010 to 2019 were American Indian. youth in Minnesota are 16.4 times more likely than white youth to be in an out-of-home placement and are 5.8 times more likely to be reported as victims of sex trafficking or sexual exploitation than white youth. Yet even as awareness grows, there are few meaningful ways to address these disparities.

This article proceeds in three parts. Part I introduces the intersection of involvement in the child welfare system and the increased risk of sexual exploitation among American Indian youth in Minnesota. Part II describes current federal and state laws regarding the response to sexual exploitation among American Indian youth involved with the child welfare system, as well as current initiatives to address the issue. Part III identifies opportunities to expand culturally based responses and discusses how these services provide holistic, long-term healing to American Indian foster youth in Minnesota that non-cultural services cannot provide.

The term “American Indian” is used throughout this article to refer to the Indigenous people of the United States, including Alaska. The term “Indian” refers to people who are members of, or eligible for membership in, a federally recognized tribe.