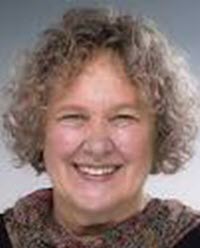 As we approach the new century, the Nation is at a critical juncture with respect to race relations and the law. For the past two decades “affirmative action” has been the central mechanism through which we have promoted racial integration, and, at the same time, a central issue of controversy.

Since 1996, many authoritative voices challenge the legitimacy of affirmative efforts to achieve racial integration. The Supreme Court has struck down many affirmative action programs. The Court has not upheld any affirmative action program since 1989, when, by a 5-4 decision, it approved a narrowly targeted Congressional program to encourage minority ownership of broadcast licences. In 1996, California voters approved Proposition 209, broadly prohibiting any form of affirmative action on the basis of race or gender. In the same year, in the Hopwood decision, the Fifth Circuit held that the University of Texas could not give any consideration to race in determining admissions to its law school. In November 1998, the First Circuit Court of Appeals held that the affirmative action admission policies of Boston Latin High School were unconstitutional. Before I discuss affirmative action, I would like to put the issues into a new analytic framework, suggested by my title--White Privilege.

Stephanie Wildman, in her magnificent book privilege Revealed, notes that *604 “The notion of privilege … has not been recognized in legal language and doctrine. This failure to acknowledge privilege, to make it visible in legal doctrine, creates a serious gap in legal reasoning, rendering law unable to address issues of systemic unfairness.”

White privilege is the pervasive, structural, and generally invisible assumption that white people define a norm and Black people are “““other,” dangerous, and inferior. Peggy McIntosh observes that privilege can “take both active forms, which we can see, and embedded forms, which as a member of the dominant group one is taught not to see.” Ruth Frankenberg observes:

Naming “whiteness” displaces it from the unmarked, unnamed status that is itself an effect of its dominance. Among the effects on white people of race privilege and of the dominance of whiteness are their seeming normativity, their structured invisibility …. To speak of whiteness is to assign everyone a place in the relations of racism…. [It is more difficult] for white people to say “Whiteness has nothing to do with me--I'm not white” than to say “Racism has nothing to do with me--I'm not a racist.”

Careful studies show that by the time children are in kindergarten they are aware of race. Both white and Black children attach positive value to whiteness and negative value to Blackness. Thus Black parents must do serious work to educate their children to deal with daily acts of racism that they will experience. We white parents experience much greater discretion in deciding whether and how to guide our children in relation to race.

When people are asked to describe themselves in a few words, Black people invariably note their race and white people almost never do. Surveys tell us that virtually all Black people notice the importance of race several times a day. White people rarely contemplate the fact of our whiteness--it is the norm, the given. It *605 is a privilege to not have to think about race.

The concept of white privilege, even if powerful and true, is so general that a reasonable person could fail to understand it. Indeed, reasonable people could question the sanity of someone who asserts the power of “invisible forces” shaping our civil life.

Concrete stories may help to make white privilege visible. All of my stories are personally embarrassing. I am more sensitive and politically correct on race issues than many white people. I have been active in the civil rights movement since the early 1960s. I was jailed in Yellow Springs, Ohio in 1964, in a struggle to desegregate the local barber shop. Charges against me are still pending, at least theoretically. I try to avoid being a racist or discriminating on the basis of race. But I do enjoy white privilege. And I suspect that I notice it in a small fraction of the cases in which it occurs.

Most informed observers believe that the most the civil rights community can hope for in relation to affirmative action is a reaffirmation of Bakke, and even that is unlikely. But the Boston Latin case underscores a deeper problem. Rich schools and small schools can follow the genteel model that Justice Power approves, giving full consideration to every applicant and making nuanced judgments. Similarly, we can do and indeed always do that in relation to faculty hiring. But a school that is big or poor is under much more pressure to use numbers as a short hand for merit. In practical effect, strict enforcement of Bakke may mean that small and elite schools can enjoy the benefits of diversity, but others cannot. That is disturbing.