Homeownership While Black: A Pathway to Plunder, Compliments of Uncle Sam 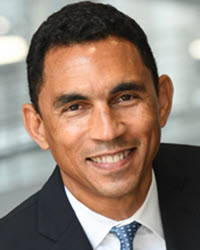 Wealth begets wealth. Once you have some, it's easier to acquire more. In addition, the more you have, the easier it is to acquire even more at a faster rate. Some people are lucky enough to inherit wealth. These fortunate individuals tend to be white and have a jump start on the process of accumulating wealth. Not only will it be easier for them to build more wealth, but they will be able to do so more quickly than if they were born into less fortunate circumstances. Everyone else has to start from scratch.

In the typical case, a home is the first significant asset that someone acquires. So, you might consider someone's personal home the cornerstone of their efforts to build wealth. That makes it worthwhile to consider what it takes to get a home in the first place. Because a home is too expensive for most people to buy with cash on hand, lenders play an essential role in providing the funds that help people get one. Traditionally, it was rare for a lender to provide more than half the money. They would also require the borrower to repay the loan in fewer than ten years. In the intervening years, borrowers would make monthly payments consisting solely of interest so that they remained perpetually in debt. Banks liberalized their lending practices during the Great Depression when newly created federal agencies disrupted the home finance market.

Historically, the federal government played no role in helping families acquire a home. That changed with Franklin Roosevelt's New Deal. Most importantly, his administration created the Federal Housing Administration to provide insurance on home mortgages to stimulate home construction and jump start the economy. The idea was that FHA insurance would eliminate the risk that banks ordinarily faced when lending money for a home purchase, thereby encouraging them to make loans to finance the construction of new homes. The agency was required to insure loans that had low interest rates and monthly payments consisting of interest and principal so that the borrower would be debt free at the end. The loans were also permitted to have low down payments and long repayment periods. That revolutionized the borrowing transaction and put homeownership within reach for the average American. For over thirty years, however, the FHA refused to insure mortgages on homes located in areas where Blacks lived, something called redlining. This effectively denied Blacks access to a key government program that helped whites buy homes and start building wealth.

But that's only part of the story. FHA redlining did more than prevent Blacks from acquiring an asset that could lead to greater wealth. The practice actually made homeownership a wealth-losing proposition for many Black families. That's because the agency's anti-Black policy did two things. It eliminated the incentive for builders to provide homes for Blacks, and it eliminated the incentive for lenders to finance the purchase of a home to a Black buyer. Facing a shortage of both housing and mortgage credit, Blacks were relegated to a shadow market that emerged to meet their needs, for a price. In this market, real estate professionals purchased homes from whites and resold them to Black families at a premium under a rent-to-own arrangement called an installment contract. Like a mortgage loan, it required the buyer to make a down payment followed by a series of payments over time. It was, however, much more expensive and came with the risk that the buyer would forfeit the home and their entire monetary investment if they defaulted. Installment contracts enriched real estate predators at the expense of Black buyers, no matter what happened. If the contract buyer fulfilled the contract, they would grossly overpay for a home. If they did not, they would be left empty handed.

The FHA's policies created the conditions for this predatory practice to thrive at least until 1968 when the Fair Housing Act outlawed the agency's discriminatory practices. Therefore, as the FHA made homeownership a pathway to prosperity for whites, it simultaneously made homeownership a pathway to plunder for vast numbers of Blacks. For these families, the experience of owning a home was not the first step in building wealth. It was the first step in losing it.

This Article fits into a larger body of literature that examines FHA redlining and the predatory practice of selling homes under installment contracts. It seeks, however, to elevate our appreciation of that history by offering a way to conceptualize and understand the FHA's multi-dimensional role. Others have thoroughly documented how the FHA denied Blacks the chance to build wealth through homeownership. Still others have examined the predicament of Blacks who had to resort to real estate predators to buy and finance the purchase of a home under an installment contract. Frequently this scholarship implicitly acknowledges that Blacks found themselves in this vulnerable position because they could not obtain financing from traditional lenders. This Article explains how the FHA and its sister agencies played a decisive role in limiting those choices. In short, their policies completely transformed the market for housing finance in ways that gave traditional lenders little reason to offer mortgages to Black home buyers as they may have done previously. That's because these lenders could make risk free profits by limiting their housing finance options to the loans that the FHA insured. The agency's policy against insuring loans to Black borrowers left them credit starved and ripe for exploitation by unregulated real estate predators who stepped in to fill the gap. This Article contends that the federal interventions in the housing finance system created a new, two-tiered, racially segregated market. One tier was a federally regulated, consumer friendly market structured around the FHA-insured mortgage. In this market, credit was plentiful and affordable, but only to whites. Below this tier of the market emerged localized, unregulated, consumer unfriendly markets where both housing and housing credit were in very short supply. In these markets, Blacks were forced to deal with real estate predators who capitalized on their predicament by grossly overcharging them for these items. Therefore, to fully appreciate the impact that federal policies had on the racial wealth gap, it is not sufficient to acknowledge that federal agencies prevented Blacks from obtaining low-cost financing to acquire a home and start building wealth. Rather, those agencies also played a decisive role in the extraction of wealth from vast numbers of Black families because they created a gateway for unscrupulous real estate predators to exploit their plight in a way that previously did not exist.

Any inquiry into the source of the racial wealth gap must acknowledge the pivotal and multifaceted role that federal policies had in producing the outcomes we see today. The gap separating Blacks and whites is not merely a product of federal policies that denied Blacks access to a critical wealth building opportunity. Those same federal policies created the conditions that made homeownership a wealth losing proposition for Blacks starting the day they took effect. This Article will describe how it happened.

It is easier to appreciate the full measure of the FHA's impact on the financial lives of Black families by first reviewing the larger economic, social, and historical context in which it operated. That requires an examination of the contours of the mortgage credit market in the years preceding the New Deal, and the role that race played in dictating housing patterns before that time.

Buying a home on contract proved to be a lose-lose proposition for Blacks. If they fulfilled their obligations under the contract, they would find themselves grossly overpaying for an asset that was not very marketable. If they failed to meet their obligations, they would lose the home and their entire monetary investment. Nevertheless, many Black families bought homes on contract because it was the best option they had at the time. Their predicament is solely the product of the racially biased policies that the federal government enacted when it intervened in the mortgage market.

Prior to that intervention, banks may have provided credit on a racially discriminatory basis. But the relevant banking regulations did not require them to do so. That changed with Roosevelt's New Deal. The rules created a federally regulated market for whites and an unregulated market for Blacks. Whites enjoyed greater access to credit than before, and at a lower cost. Blacks, meanwhile, were credit starved, forcing them into a shadow market where predators got rich at their expense. This shadow market thrived because the government made it unattractive (or illegal) for lenders to meet the credit needs of Black borrowers. For those who purchased homes in that market, the experience depleted their finances to the tune of billions of dollars, putting them farther behind their white counterparts than they otherwise would have been. Homeownership for them was not the first step on the road to building wealth; it was the first step in the opposite direction. And they have Uncle Sam to thank for it.