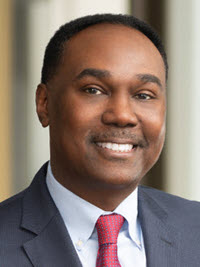 Recently a number of Black commentators have come forth to argue against the continuation of affirmative action. These African-American scholars, who have achieved great heights in their respective fields, claim that treating Blacks in a preferential manner will not facilitate advancement and can instead cause the beneficiaries to be perceived by themselves and by their peers as inferior, and unable to achieve without special treatment. This perception of inferiority, it is argued, is causing beneficiaries of affirmative action to be stigmatized by its programs.

In actuality, African Americans are repeatedly bombarded with images and experiences that relate the message that "White is right" and being Black is somehow second-class. This constant denigration has engendered a certain degree of self-hate and diminished self-esteem among Blacks in America. However, the demeaning of black culture is not limited to the United States. In Brazil, a popular saying is that "In Brazil, there is no racism: the Negro knows his place." The racial bias within Brazil is simply characterized as "white is best and black is worst and therefore the nearer one is to white, the better." Receiving the message that one's skin color makes one inferior can be quite damaging to an individual's psyche, and can have a negative impact on one's future aspirations. The assertion that affirmative action stigmatizes its beneficiaries overlooks the negativity that has been attributed to African-American culture since colonial times. Arguably, affirmative action will play a major role in breaking down the belief among numerous African Americans that they cannot advance in the greater American society. By increasing the number of Blacks at every level of the employment spectrum, the messages of Black inferiority will be counteracted by images of Black success and progress. The good to be gained through affirmative action greatly outweighs the marginal discomfort complained of by a select few of its beneficiaries. Returning to a depiction of the feelings of diminished self-worth felt by African Americans, those in contact with older Black role models, whether parents, aunts, uncles, or friends, will attest to the disheartening comments that these individuals on occasion make concerning the Black race. The common target for these remarks are physical characteristics unique to those of African dissent. Another object of attack is the work habits of African Americans or their personal motivation.

Beginning with facial features, "Oooh, he has good hair," to denote straight hair, or "look at how long her hair is," to indicate approval for a woman's appearance, are examples of what types of physical characteristics are favored. In addition, large, robust lips and wide noses are not seen as attractive. However, light skin complexion and light eyes are perceived as especially beautiful. If one constructs a composite of the features that are held in high regard, omitting of course those that are disfavored, the individual would have long, straight hair, a thin nose, thin (or not "too large") lips, a light skin complexion, and light brown or green eyes. All the characteristics which make an individual distinctively Black would be removed from the equation.

Another component of Black self-hate is the refusal of many Blacks to hire people from their own race to perform services for them. Black construction workers, building managers, lawyers, and other service oriented business people often complain that their own people will readily hire Whites when they need a job done. Whether this refusal is attributable to a belief that Blacks are incapable of doing a good job, or the product of mistrust of African-American business persons, both bases are unfair generalizations engendered by the belief that Whites will perform the services in a superior fashion.

Although deplorable, it should not be surprising that the generation raised amidst the racial injustices of the 1930s, 1940s, 1950s, and 1960s would feel the way they do. In fact, Kenneth and Mamie Clark's study of young Black children in 1947 yielded the ultimate conclusion that these young people overwhelmingly associated negativity with being Black, and positivity with being White. By using Black and White dolls, the Clarks asked the children to identify the doll that best represented certain positive statements, and the one that best represented certain negative statements. The children as a whole exhibited a preference for the White doll in connection with positive statements, and a preference for the Black doll in relation to negative statements. Moreover, children with lighter skin showed even greater tendencies towards the above associations, while children with darker skin exhibited the associations to a lesser degree. Regardless of the racial makeup of the child's school, segregated or desegregated, the connection of White to positive and Black to negative held true.

. . . [T]he inferiority felt by Blacks [can be traced] to the days of slavery where not only the physical characteristics of slaves were debased, but also anything that was different from White. Similarly, the overt oppression and devaluation of the Black culture by the White majority is undoubtedly the cause of the reactions that the children within the Clark study displayed toward the respective dolls. In present times, . . . the stereotypes portrayed by the mass media and the educational system combine with the lack of African Americans in "positions of authority" to indoctrinate America's citizens at a young age that White is superior to Black.