Seeking Economic Justice in the Face of Enduring Racism 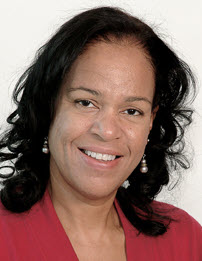 In 1967, Dr. Martin Luther King, Jr. gave a speech to Stanford University students about economic injustice titled The Other America. In that speech, Dr. Martin Luther King, Jr. stated that “there are literally two Americas. One America is beautiful ... in this America millions of young people grow up in the sunlight of opportunity. But tragically and unfortunately, there is another America. This other America that has a daily ugliness that constantly transforms the buoyancy of hope into the fatigue of despair.” In this speech, Dr. King strove to highlight the gap between the rich and poor, the powerful and powerless, and the racial dynamic of these disparities. His speech highlights the struggle for economic and political equality for Blacks and the economic strata separating Whites and Blacks held in place by structural and regulatory policies. And the “Other America” persisted, as Dr. King stated because too many people “are concerned about tranquility and the status quo than about justice and humanity.” The persistence of wealth disparities and the continued overrepresentation of Blacks among the poor has spurred significant research, commentary, and calls for action. There is an ongoing debate about what proposals are likely to affect the growing racial gap in wealth significantly. Civil Rights legislation and affirmative action are two ways lawmakers have focused on addressing the gap. Laws that prohibit discrimination in employment, housing, lending, and contracting, among other activities, should be effective arrows in the quiver to aim at racist practices and to dismantle this Other America. However, without the ability to enforce these rights through courts, the grant of substantive rights lacks effect. Dismantling barriers to Black economic development requires an intersection of acknowledging substantive rights and providing procedural access.

This essay examines the extent to which the perpetuation of the wealth gap is actively assisted by the imposition of legal standards that make it difficult to seek legal redress for harms caused by the structural racial barriers in place. Race neutral pleading standards that make it difficult for plaintiffs to bring viable racial discrimination claims narrow access to the courts. This has the effect of making it difficult for individuals to right wrongs and sends a message about the extent to which society is invested in undoing structural barriers to closing the racial wealth gap. Part II of the essay discusses the enactment of the first Civil Rights Act and its focus on addressing the legacy of slavery and the treatment of Black people during Reconstruction. In Part III, the essay turns to a discussion of the barriers imposed on the realization of the Act's purpose by superimposing a tort-based standard onto discrimination law. Part IV argues that the Court's tort-based approach to contract discrimination claims neutralizes the Civil Rights Act's power to level the economic playing field and help reduce the racial wealth gap. It asserts that current interpretations of the first Civil Rights Act are inconsistent with contemporary understandings of how unconscious bias affects the “making and enforcement of contracts.” It asserts that the Supreme Court's current approach to the Civil Rights Act of 1866 places us in a loop that returns us, in many respects, to the Reconstruction era. Finally, Part V concludes that a return to the original intent of the drafters of the 1866 Civil Rights Act would ensure that claims that allege race as a motivating factor in contracting to be sufficient.

In describing the “Other America,” Dr. King remarked that “millions of work-starved men walk the streets daily in search of jobs that do not exist ... In this America people are poor by the millions. They find themselves perishing on a lonely island of poverty in the midst of a vast ocean of material prosperity.” Dr. King situated the Other America within a historical context and, in so doing, underscored the need for the civil rights legislation aimed at undoing the Other America. King cited Frederick Douglass's that emancipation absent legal protections for the formerly enslaved was just “freedom to hunger ... freedom without roofs to cover their heads ... It was freedom and famine at the same time.” In closing his speech, Dr. King noted that Americans of different races were “caught in an inescapable network of mutuality, tied in a single garment of destiny.” To his mind, social justice meant a necessary sharing of power to build a new nation, not a subtle defense of hierarchies that perpetuate the divide of which he so eloquently spoke.

Dr. King preached about economic power and an “economic bill of rights” because he understood racial equality and economic equality are inextricably linked. He recognized that creating economic security requires a societal and not solely an individual response. The solutions to reaching that equality, ending racial discrimination in contracting, and closing the racial wealth gap are complex and varied. Still, without meaningful access to courts to challenge the discriminatory policies that create and maintain racial hierarchies in wealth, the change will be slow, if not impossible. The Supreme Court's shift to making it more difficult for those negatively affected by racially discriminatory practices to have access to justice means we are less likely to see the racial gap close. Raising the barrier to entry can have the effect of discouraging plaintiffs, dismissing meritorious claims before trial, and encouraging those who explicitly or implicitly close access to financial development to others on account of race.