Gender, Race, Class, and the Politics of Schooling in the Inner City

excerpted from: Vivian L. Gadsden, Gender, Race, Class, and the Politics of Schooling in the Inner City, 673 Annals of the American Academy of Political and Social Science 12 (September 1, 2017 (6 Footnotes) (Full Document) 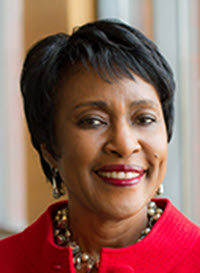 Schools in American cities have changed over the past 60 years, as has the urgency of issues facing inner-city schools and the students they serve. The problems are not limited to gender, race, and class, but illustrate the ways in which the institution of schooling and the experiences of those who rely on it are intertwined. Schooling in the inner-city is affected by location, populations served (e.g., poor, minoritized, and immigrant families), and limited financial and human resources. Not unlike society itself, students' gender, race, and class identities give them access to opportunities or serve as barriers to academic success.

Education and schooling are centrally positioned in the dynamics of contemporary politics. Schools are seen, at the same time, to accommodate the conservative, progressive, liberal, and independent; to work toward or impede social justice; and to achieve equity or thwart educational opportunity. Inner-city schools are overwhelmingly race-based and class-constrained in this context, and any casual observer becomes keenly aware of the color-coded perception of inner-city schools. African American girls and other girls of color, similar to African American boys, are uniquely situated in these schools and in historical perceptions and stereotypes of who they are, how they should be treated or disciplined, and who they can become

Gender, race, and class represent their own politics within and outside of schools, and are pivotal in the policies and practices of schooling and in American politics and society. They are inextricably tied to students' access to education and to educational equality, and are highlighted in social critiques on equity. From multiple investigations of life in the inner-city and public discussions , we know that these issues are intertwined with students' academic identity and intersect with other student and teacher identities and axes of inequality that define the ways in which students engage in school, participate in their neighborhoods and communities, and experience opportunity and success in school and other sociocultural contexts. In other words, gender, race, and class are intrinsic to the human experience, travel with students between home and school, and determine how students navigate both schools and the process of schooling. They occupy a defined space in discussions of schools, schooling, and education and are at the center of controversy and debates that point to differences in resources available to students in innercity schools and to the improbability that these students will have access to equally positive school experiences and educational opportunities as do their peers in economically advantaged settings. These disparities of access, quality, and treatment beg the questions: Do African American and Latino boys and girls have the same types of experiences in inner-city schools as their peers in suburban schools? How are their gendered experiences affected by poverty, race, and place; and how do poverty, race, and place determine whether and how students are embraced or pushed out of opportunities to learn?

This article is divided into four sections.

The first briefly lays out issues associated with inner-city schools and schooling; the popular use of urban schools to denote the problems of gender, race, and class; and the complex relationship between these descriptions and identifiers within discussions of place.

The second focuses on how disciplinary actions in large urban school districts are shaped by gender, race, and class and how this interplay helps to shape the image of the inner-city. Here, I draw upon data from four districts to highlight race and gender disparities in suspensions and expulsions and point to the implications of these disparities for student expectations and the culture of schools.

The third section describes recent analyses of the treatment and discipline of girls of color and the special circumstances that surround their identity in schools. I present three vignettes from girls of color, who live in the inner-city but attend different types of schools, to illustrate both the tensions drawn out by the girls' experiences and the ways in which gender, race, and class coalesce to make schools and neighborhoods tenuous spaces for all students to thrive.

I conclude with potential areas for study, practice, and policy.