Student Protests and Academic Freedom in an Age of #BlackLivesMatter 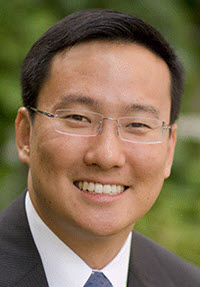 Student activism has been part of the fabric of American higher education since the eighteenth century. Indeed, some scholars have called it “as American as apple pie.” From Harvard's “Great Butter Rebellion” in 1766 when students pushed for better food to the multicultural movement of today when students have demanded increased diversity in student, staff, faculty, and curriculum, students have long pressed to have their voices heard. Continuing in this tradition, we now live in an age of student activists who, by organizing through social media, are getting more people involved in political conversations and causes than would otherwise be possible. On reflecting upon the relationship between social media and political activism, John G. Palfrey noted, “Twitter and Facebook have played a crucial role in almost any mass protest in the last few years.” A recent example is #BlackLivesMatter.

After George Zimmerman was acquitted of murder in July 2013 for the killing of Trayvon Martin, an unarmed African American teenager, Alicia Garza, a special projects director for the National Domestic Workers Alliance and her friend, Patrisse Cullors, a community organizer working on prison reform, along with Opal Tometi, an activist for immigrant rights, developed the hashtag “#BlackLivesMatter.” Garza explained the purpose of her social media campaign as, “A call to action .... To make sure we are creating a world where black lives actually do matter.” She also stated, “We understand organizing not to happen online but to be built through face-to-face connections and relationships where we build the trust necessary to move as a collective and exercise our collective power in order to win changes in our lives.” Yet, social media has helped this effort by facilitating these face-to-face connections.

Recently, #BlackLivesMatter facilitated communication with activists around the country, helping to mobilize a new wave of nation-wide activism around the police killings of Michael Brown, Eric Garner, and many others. Protestors all over the country have connected with each other by posting and searching for this hashtag. James Taylor observed that “[#]Black Lives Matter” may be the most potent slogan since “Black Power,” which Kwame Ture (formerly Stokely Carmichael) introduced to a crowd of civil rights activists almost fifty years ago.

The #BlackLivesMatter movement has had real-world influence. For example, in the aftermath of highly publicized deaths of two African Americans at the hands of police officers--Michael Brown and Freddie Gray--it has pressured the Department of Justice to investigate the policing practices of Ferguson, Missouri and Baltimore, Maryland. It has pushed states to remove the Confederate flag and other Confederate symbols from government buildings and public spaces. It has forced politicians to address issues of racial justice and criminal justice reform.

The movement has also influenced student activism for racial justice on university campuses. For example, in 2015, Harvard University students mobilized through #BlackLivesMatter and organized marches, panel discussions, teach-ins, and die-ins. During the same time, on the opposite coast, at the University of California, Berkeley, students and community members also held protests against racism as part of the #BlackLivesMatter movement. Similar protests arose on college campuses all over the country.

Social media has made it much easier for college students to voice their opinions and engage in campus protest. But what right do students have to engage in campus activism? How should colleges and universities balance the multiple interests at stake when students engage in protest? Although the illustrating example I chose for this Article centers on racial justice, my proposed student academic freedom protection would apply to other forms of activism as well.

In this Article, moving away from the First Amendment principles that would apply only to public institutions, I explore contractual student academic freedom as a broader protection for students to engage in their protest activities at both public and private universities. Most importantly, I argue that higher education institutions should codify a balancing test into free speech policies that takes into account this freedom--conceptualized as the students' freedom to learn and also participate in teaching others through their own learning--among other competing interests.

Part II analyzes the historical context of racial exclusion in American higher education and connects it to modern efforts to promote racial justice to illustrate a continuum of students pressing for this type of change.

Part III outlines the inadequacies of student academic freedom as articulated by courts defining this freedom in relation to the First Amendment.

Part IV proposes a new mechanism based on contract law that would incorporate major higher education policy statements on student academic freedom that conceptualize this freedom through a learning principle as legally binding obligations between universities and their students.

Finally, Part V explores how my proposed student academic freedom would balance the tensions between free speech and student demands for racial justice by employing a test that takes both “the marketplace of ideas” and student freedom to learn into account. My thesis is that colleges and universities should move away from the question, “how do we stop our student activists,” and start asking, “what are students learning from their activism and what, in turn, can our institutions learn from it?”
. . .

Student activism for racial equity and inclusion is on a historic rise on college and university campuses across the country. Students are reminding us that Black lives matter. They are bringing attention to the ways in which the normal operation of the legal system creates racial and other inequalities. They are critiquing the ways in which their experiences and perspectives are pushed to the margins in classrooms, on campuses, and in society.

In urging for university policies that allow for such activism to be moments of teaching and learning for all involved, I argue in this Article that student academic freedom to protest--conceived as a right to learn--should be seriously considered by institutional decision-makers when they are creating rules and policies governing on-campus student dissent. Otherwise, student voices will be deemed irrelevant and protests will be unfairly reduced to unjustifiable outbursts by young people craving attention--something to be either tolerated as mere annoyances or extinguished as threats to order. But if administrators and professors take the time to listen to what students are saying and explore the issues underlying their grievances, much can be gained. I argue that colleges and universities move away from the question, “how do we stop our student activists,” toward the question, “what are students learning from their activism and what, in turn, can the institutions learn from it?”

As I have posited in this Article, one way to start the process of learning from what student activists have to say is to include students' rights in a balancing test when speech is disputed--e.g., in student protests involving invited speaker interruption, unauthorized building and office occupation, and even various forms of disruption in cyberspace. Such a test should be articulated in university policies and made binding through contract law. While student protestors may not always win in the balancing, at least their academic freedom right to learn, and I would argue teach others, will be part of the conversation. My hope is that recognition that student protest has positive value to the university community and is an essential part of academic freedom will begin to shift attention to the substantive issues underlying student grievances. In this way, student activism will truly be an opportunity for all to learn.

Associate Professor of Law, David A. Clarke School of Law, University of the District of Columbia