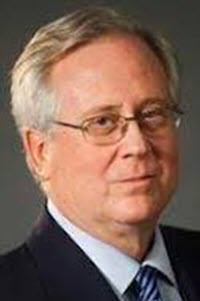 The AALS Secton on Minorities put together a panel discussion on "LSAT, USNEWS and Minority Admissions". Scheduled to be a part of the panel was Mr. Philip Shelton, President of LSAC,  Mr. Brian Kelly, Executive Editor of US News & World Report and myself. On December 16, Professor Len Baynes Chair of the Section on Minorities received the letter below from Mr. Kelly. Below Mr. Kelly's letter is my letter to US News.

Unfortunately, I won't be able to appear on your AALS panel on "The LSAT, U.S. News and Minority Admissions" next month. After consulting with my colleagues, we've decided that U.S. News would not add much of value to your discussion.  We realize that this is a controversial topic for some people, and that the members of your panel have stated clear positions on the issue. We feel it would not be appropriate for U.S. News to be cast as offering some sort of dissenting voice. As a journalistic enterprise, we don't take a position on the role of the LSAT or on its effect, if any, on minority admissions.

When we appear at academic forums it is usually to explain and answer questions about the methodology behind the thousands of pages of data we collect and publish from colleges and universities, including our rankings. We try to be as forthcoming as possible about what we do and how we do it. Putting ourselves in the middle of a highly charged admissions policy dispute, however, goes well beyond this kind of explanatory presentation and would serve neither our interests nor, we think, those of your audience.

U.S. News's methodology is well-established. When we first created our ranking model for law schools, we did a considerable amount of research into legal education and the admissions process. Based on that reporting, our model reflects what we consider to be the appropriate factors and relative importance of criteria used in law school admissions. Law schools told us that they consider the LSAT to be an important factor in admissions decisions, so we use it in our model. Beyond that, I'm not sure how much more there is for us to say.         Thank you for the invitation and perhaps at some time in the future we might find a more appropriate setting in which to discuss U.S. News's coverage of higher education.

I hope the panel works out well for you.

I  was scheduled to be a panelist with you on the "AALS Panel: The LSAT, US News, and Minority Admissions". Professor Baynes shared with us your letter withdrawing from the AALS meeting.

This is a disappointment. While the use of LSAT in your methodology has put added emphasis on LSAT by school, I  have never thought of US NEWS as the "primary source" of the minority admissions problem. Rather the primary "villains" in this issue are law schools and law school faculty.

Nevertheless, USNews is a significant player. The USNEWS contributes to the problem in the failure of USNews to integrate diversity into the overall rankings. By separating diversity into a separate ranking from all the other factors in your methodology you make a political decision - a value judgment that diversity is not important to law school quality.  This value judgment is not surprising given the USNews general political leanings but it is surprising in light of your assertion that uses LSAT because "Law schools told  [you] that they consider the LSAT to be an important factor in admissions decisions". Law schools are telling you that they consider diversity to be important in the admission decision; the Supreme Court has said that diversity is a legitimate factor in an admission decision. Nevertheless, you relegate it to a separate ranking system. Why then do you not include diversity as a factor in your ranking methodology?  Because you make this political/value choice, you have put the US NEWs in the middle of the admission decision by these choices. The way to take USNews out of the middle would be to include diversity as another factor.

It is particularly disappointing that you refuse to discuss your methodological choices and their impact on minority admission in the most legitimate forum there is for this kind of discussion - the annual meeting of law professors - the American Association of Law Schools.

I would hope that journalistic integrity means that you do not avoid a controversy merely because it is highly charged. Clearly, you are a player in this problem and your refusal to participate in the discussion is symptomatic of the problem - everyone looking for someone else to take responsibility.

Since part of AALS panel discussion is about USNew do not consider diversity " to be [an] appropriate factors and [its] relative importance of criteria used in law school admissions" , Your presence is important to the discussion.

Sincerely,
Vernellia Randall
Professor of Law The University of Dayton School of Law