Thinking, Talking, Writing, and Teaching about Race in Law School 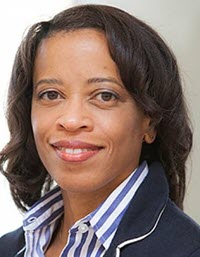 To write and to speak about race and racial justice in the United States is to position oneself for battle in an ongoing cultural and political war. Embedded in the idea of race is a socially constructed debate over what it means to be a human being; embedded in the idea of racism is a debate over what it means to be a just democratic community. Hence, argumentation and debate over racial justice and remedy, including debates over affirmative action in the legal academy, ultimately represent the clash of competing visions of the causes and effects of racially (and gender) disparate outcomes in the world, and of narratives of the good and just response to those disparities under the rule of law.

Law is a central vehicle for the articulation of the terms and methods of debates on these important issues. And yet, as a means of addressing emotionally charged social issues, law has its limits. Indeed, a generation ago, critical legal scholars noted the alienative consequences *264 of all of law and its traditional norms and processes. These alienating consequences may operate with particular intensity when it comes to discussing issues of racial and gender injustice and the role of law.

Two developments within the past generation offer means to address these consequences, and provide approaches to law which both bring people together and permit a closer engagement with ourselves. First, a subfield has emerged within law which aims to promote awareness of the role of law as a potential source of both healing and wounding. "Therapeutic jurisprudence" highlights the capacity of law (law practice, legal scholarship, the application of law, etc.) for both wounding and healing. It seeks to highlight its potential for the latter and minimize the potential for the former. The therapeutic justice model dovetails with restorative justice approaches to law, which see conflict as a call for healing and restoration of interrelated members of community. Second, a growing body of work within contemporary psychology affirms these trends by underscoring the connection between affective and emotional experience and our intellectual and academic outcomes. Gathering under the headings of social and emotional intelligence and learning, these new approaches demonstrate the need for a paradigm shift in the way we approach emotionally charged issues, such as those dealing with race and gender, in the law and the legal academy.

Against this backdrop, in this Article I argue that the time has come to rethink the way we approach the analysis and discussion of legal matters dealing with fundamental cultural and political conflicts. We must recognize the aspects of differential power, the historical and political context, and the potential for wounding re-enactment of those manifestations of power that inhere in traditional analysis and debate. We must commit to minimizing the wounding potential of Legal discourse, to minimizing the alienative potential of our work, and to maximizing our students' intercultural communicative capacities as lawyers and leaders as well as our own as scholars and teachers. Toward these ends, scholars interested in the legal and political impact of difference and hierarchy should incorporate the research-driven insights of social and emotional intelligence into their work. More specifically, legal scholars generally, and race and gender scholars in particular should learn and incorporate the skills and insights of these new psychologies into their writing and speaking about issues of inclusion and exclusion. I call for the development of approaches to law which incorporate the insights of these new psychologies toward a more fully human engagement with these difficult conflicts, one more conducive of both stronger student performance and greater scholarly effectiveness, and one with a greater potential for healing than for wounding in the process. I offer an Integral Critical approach as one such orientation and methodology.

Professor Subotnik's response to Professor Delgado's Rodrigo's Riposte provides one example of a piece of scholarship that reflects the alienating and wounding potential of mainstream and even critical race approaches to law. In "Are Law Schools Racist?," Subotnik uses Delgado's essay as an exemplar and criticizes the storytelling methodology employed by Delgado and the substantive merit of critical race and gender scholarship in particular, and women and minorities in the legal academy in general. In an essay that touches upon much ground, Subotnik argues critical race and gender theorists have, *266 among a host of other transgressions, "convinced most whites to play--and stay--dead." Thus one might argue that the revivification of at least one white man, albeit with only as much flesh and blood as one might find in the pages of a law review, is what Subotnik leads his readers to expect by the end of his essay. One expects this new, "live" version of a white male professor, speaking candidly about race and gender, will have something to say that advances the dialogue he wants to advance. Unfortunately, Subotnik's essay fails to deliver.

In this essay, I describe how Subotnik fails to meet these expectations. I then suggest an approach to preparing and framing such conversations, whether in writing or orally, which may heighten our capacities to reach common ground on the matters of wrong and redress around which we so often divide.

Following a situated content analysis and critique of Professor Subotnik's response to Professor Delgado (Part II), I suggest we can advance our efforts to discuss matters dealing with race and gender in the legal academy by personal and institutional commitments to a deeper kind of discourse, one that integrates the best in contemporary understanding about the way in which human beings respond to conflict holistically, and one which takes as its goal not mere adversarial debate, but restorative justice and healing. I suggest that effective communication about these difficult issues requires mutually respectful engagement and compassionate listening--requiring skills that most of us have never intentionally sought to develop and rely on explicitly in the framing of public dialogue. I suggest here that to avoid replicating patterns of domination, emotional injury, and alienating despair within the discussion itself, those of us committed to better understanding one another across the divides of race, gender, and the like must develop and draw on communication and emotional awareness skills to deepen our capacity to communicate with mutual respect about difficult issues such as those raised by Subotnik's critique before we may expect to be able to work together to resolve issues of accountability and redress in ways that might benefit us all.

In Part III, I demonstrate this approach.

"Storytelling"--the use of both fiction-based and nonfiction narrative--is both an anti-hegemonic device and a time-honored and valuable communication skill available to all students of law. Yet in this essay I call for a commitment to engaging one another around difficult issues dealing with race and gender through direct communication that is sensitive to both the feeling and the sensory experience accompanying the conversation. I call for engagement with one another in that way whether we are communicating verbally or in writing, and I call for an inclusion of such sensitivity in ways that apply equally to all participants in dialogues about difficult issues--none of us is "off the hook"; each of us is responsible for doing what we can to address these issues with greater human capacity and care. It is an Integral Critical approach: an approach grounded in critical legal studies which integrates the highest and best thinking about all of the capacities and sensibilities of the human being, and calls upon us to draw on our highest and best as whole human beings as we struggle together through, and find just resolutions for, the most difficult issues of our time.

The skill set that such an approach demands--the capacity to ground oneself in personal awareness, active listening, facility with the emotional responses of oneself and those of others--are not regularly taught to students of law. Yet, studies indicate that students who are taught the skills of emotional intelligence may perform better than those who are not, and indicate that success in life may well turn on their effective display. Regardless of their instrumental appeal, without such skills, conversations about the difficult legacies of racism in the law, whether in person, or buried within the pages of the law reviews, are bound to continue to promise much and deliver little. Honest *289 and undefended dialogue about racism, sexism, and other deeply seated structures of bias and preconditioning demand that we set the stage for such discussions by embracing an approach grounded upon the cutting-edge insights of the burgeoning fields of social science which take the whole of our human capacities and experiences beyond previous levels of common understanding. Such an approach takes work. It requires that we build the capacity to communicate respectfully from the unarguable truth--and the unarguable truth almost always begins with our emotional responses to what we hear, or those which are driving us when find ourselves with something we urgently must say.

We all know from experience that communication around the issues raised by the Delgado/Subotnik exchange is risky, emotionally challenging, and even politically threatening, whether in mixed, homogeneous, among strangers or in intimate company. One cannot enter into genuine dialogue about these issues without the courage to be vulnerable. In the absence of the commitment to communicate in an integrally conscious way--i.e., not only with argument, and perhaps without argument at all; but instead with reflective self-awareness and self-revelation in a commitment to respect and dignity-- dialogues about these issues may continue largely to serve as shields and hiding places, whether conveyed through the devices of fictionalized characters, or the more familiar personae, form and rhetoric of traditional legal analysis. Those of us bold enough and caring enough to desire to engage in dialogue about such issues owe one another, owe ourselves, owe the work to which we have committed the energies of our short lives, much, much better than that.